A lawyer representing Tata Sons Pvt informed the Supreme Court on Tuesday of the offer to purchase the 18% stake owned by the cash-strapped Shapoorji Pallonji Group if the latter needed to raise money for paying maturing debt.

The Tata Group on Tuesday said it is open to buying out the stake held by its largest minority shareholder, the billionaire Mistry family, as part of a proposal to help end a years-long legal dispute between the two parties.

A lawyer representing Tata Sons Pvt informed the Supreme Court on Tuesday of the offer to purchase the 18% stake owned by the cash-strapped Shapoorji Pallonji Group if the latter needed to raise money for paying maturing debt. The SP Group instead wants to borrow funds using the shares as collateral, a move Tata considers as potentially risky because the securities may end up falling in the hands of unfriendly investors.

Meanwhile, the Supreme Court restrained till October 28 the Shapoorji Pallonji group and Cyrus Mistry from pledging or transferring their shares in Tata Sons Pvt Ltd (TSPL). A bench comprising Chief Justice SA Bobde and Justices AS Bopanna and V Ramasubramanian directed Tata Sons and the SP Group not to take any further action on the shares which have already been pledged till October 28, the next date of hearing. 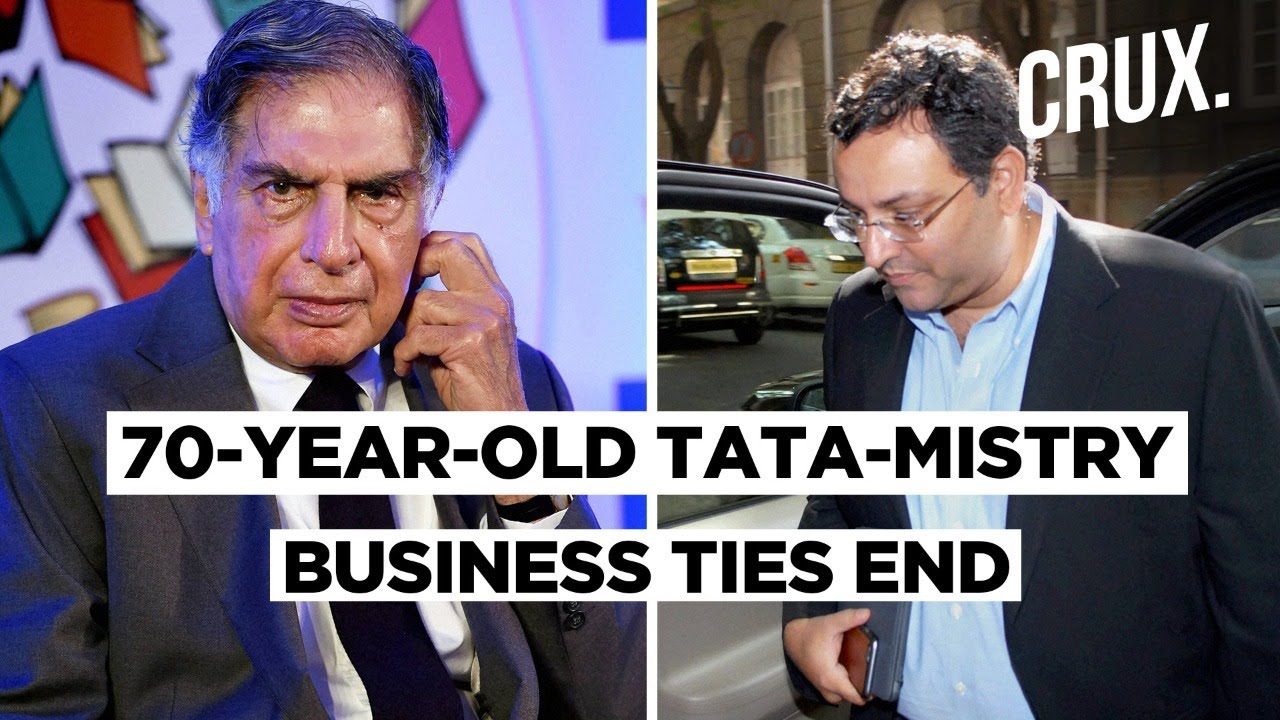 The SP group, which owns 18.37% in Tata Sons, had said TSPL moved the top court to block its plan to pledge shares for raising funds and that reeked of vindictiveness and oppression of minority shareholder rights.

On September 5, Tata Sons had moved the top court seeking to restrain the Mistry group from raising capital against their shares. Through the plea, the Tatas had sought to prevent the SP Group from creating any direct or indirect pledge of shares. The SP Group was planning to raise Rs 11,000 crore from various funds and had signed a deal with a marquee Canadian investor for Rs 3,750 crore in the first tranche against a portion of its 18.37% stake in Tata Sons.

The SP Group share holding in the country’s largest business house is valued at over Rs 1 lakh crore. In a hearing conducted through video conferencing, the top court said it would hear the plea after four weeks and in the meantime, parties shall maintain status quo regarding pledging/transfer of shares. We will say status quo on transferring/pledging and any further action with regard to transfer/pledge already made, the bench said.

Senior advocate CA Sundaram, appearing for the SP group, said they were being stopped from pledging the shares and it is creating havoc. On the other hand, senior advocate Harish Salve, representing TSPL, said the point was something else as the TSPL has a right to buy the share at market price, but the SP group was pledging them.

We are of the view tentatively that pledging is a limited transfer, the bench observed while saying that it will conduct final hearing in four weeks.

Earlier, the TSPL had told the top court it was not a “two-group company” and there was no “quasi-partnership” between it and Cyrus Investments Pvt Ltd. TSPL had said this in an affidavit filed in the apex court while responding to the cross-appeal filed by Cyrus Investments seeking removal of alleged anomalies in NCLAT order for getting representation on the TSPL’s board in proportion to the stakes held by his family.

The apex court had on January 10 granted relief to Tata group by staying the National Company Law Appellate Tribunal (NCLAT) order of December 18 last year, by which Cyrus Mistry was restored as the executive chairman of the salt-to-software conglomerate. Then, the top court had on May 29 issued notice to TSPL and others on a cross-appeal filed by Cyrus Investments Pvt Ltd.

Mistry had also filed an affidavit in the apex court saying the Tata Group had an adjusted net loss of Rs 13,000 crore in 2019 — the worst losses in three decades. In his reply to the Tatas’ petition challenging his reinstatement by the NCLAT last December, Mistry had also demanded that group chairman emeritus Ratan Tata should reimburse all the expenses to Tata Sons since his departure in December 2012 in keeping with best global governance standards.

Mistry, the ousted chairman of Tata Sons, is seeking representation in the company in proportion to the 18.37% stake held by his family, the cross-appeal has said.

In its affidavit filed in the top court, Tata Sons has alleged that the thrust of Cyrus Investments’ focus has now shifted to propagating the quasi-partnership theory to secure the relief of proportionate representation’. In the petition, the appellant (Mistry group firm) has described the group’s relationship with Tatas as “a quasi-partnership relationship of a vintage of over 60 years, holding 18.37% in the equity share capital of Tata Sons and whose stake is now worth over Rs 1.5 lakh crore”.

According to the petition, the Mistry group firm has sought remedies for many anomalies in the NCLAT order, including not looking at alleged oppression of minority shareholders as well as converting Tata Sons into a private limited company as a post-facto move.

As per the petition, the tribunal order clearly and unequivocally found the prejudicial conduct by Tata Sons, but failed to provide certain important reliefs that would have put an end to the oppressive conduct of the majority shareholder. Reinstating Mistry as the chairman, NCLAT had also termed the action of the Registrar of Companies to allow conversion of Tata Sons into a private limited company illegal.

Mistry had succeeded Tata as chairman of Tata Sons in 2012 but was ousted four years later. While taking note of appeal of Tata group on January 10, the apex court had stayed the NCLAT order restoring Mistry as executive chairman of the Tata Group, observing that there were “lacunae” in the orders passed by the tribunal.