In a letter to Telecom Minister Ravi Shankar Prasad, Jio opposed a bailout of telecom companies at taxpayers' expense.

New Delhi: Strongly opposing a bailout of telecom companies at taxpayers' expense, Reliance Jio on Thursday wrote to Telecom Minister Ravi Shankar Prasad saying firms that have been ordered by the Supreme Court to pay past statutory dues have "sufficient" financial capacity to clear their liabilities.

It also slammed the Cellular Operators Association of India (COAI) for writing ex-parte to the government on the financial distress in the sector, saying the body was "blackmailing" to "extract relief from the government" after all legal recourse had expired.

"We submit that the so-called affected service providers have sufficient financial capacity to pay the government dues by monetising their existing assets/investments and by issuing fresh equity in their companies," it wrote to Prasad.

Here is the full text of the letter: 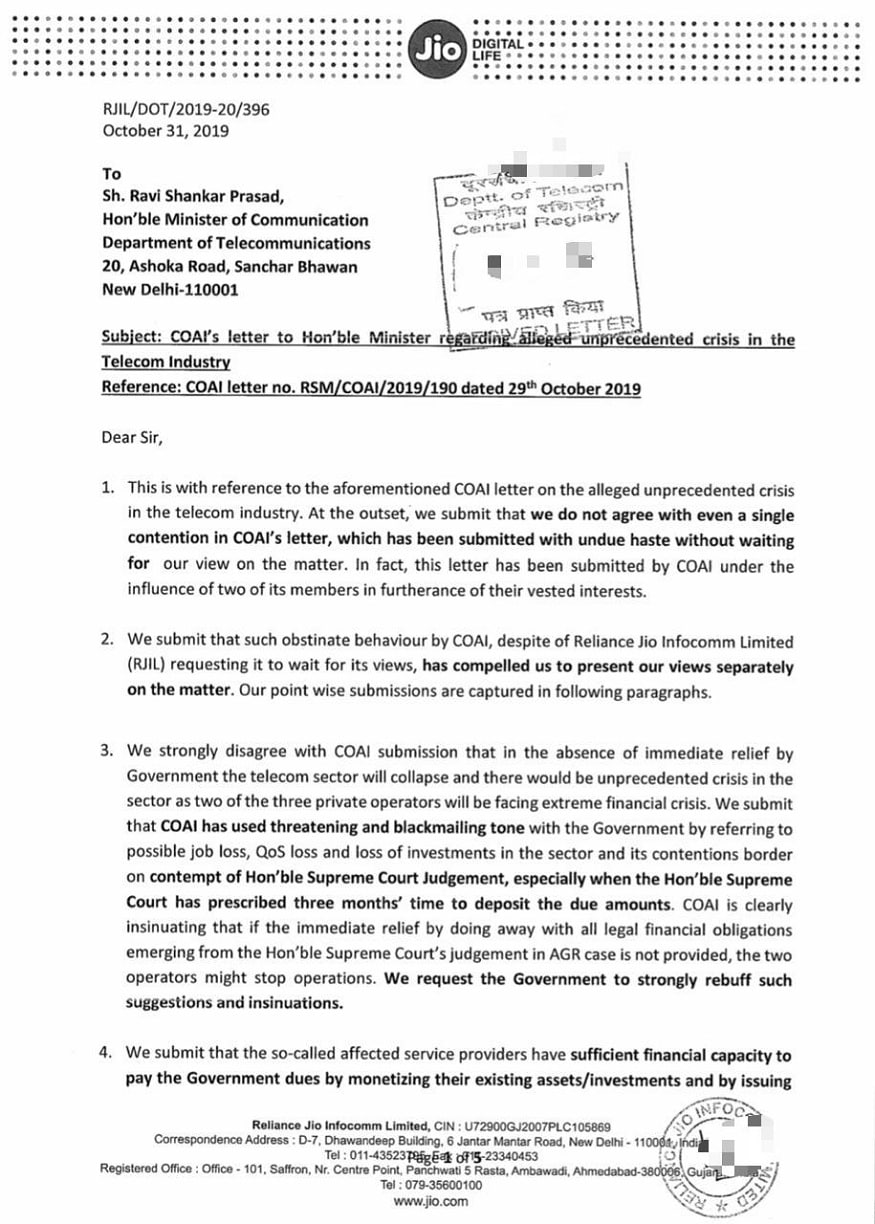 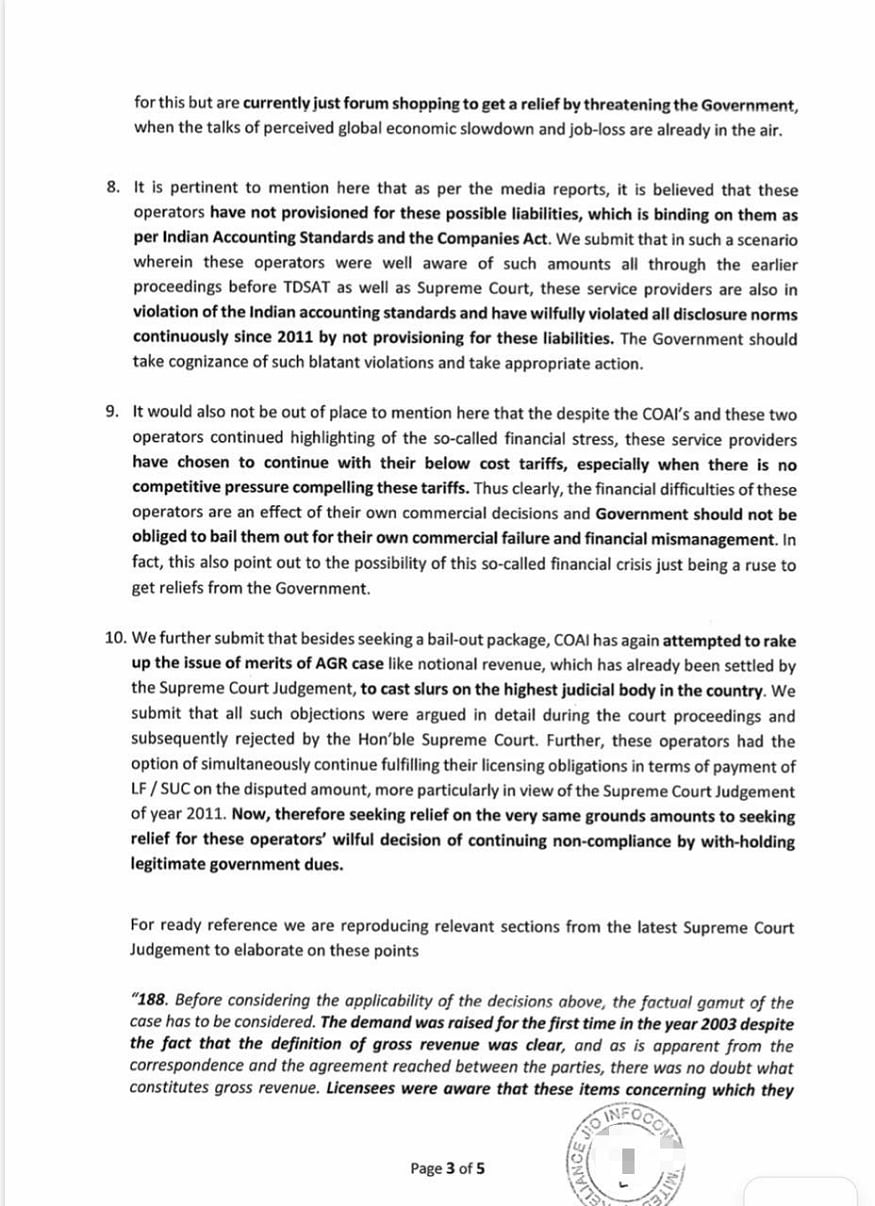