These 'harassed' men did a ‘shraadha’ (last rites) for their alive wives who don't live with them anymore. They also conducted a ‘pishachini mukti puja’ for their former wives-- in order to get rid of the 'bad memory of past marital relationships'.

Adrija Bose
They say taking a dip in the Ganga redeems you of all your sins. But a group of Indian men decided that taking a dip in the river, that's considered sacred by Hindus, will help the world get rid of 'toxic feminism'. So, they did exactly that. Last week, 150 odd men from across the country packed their bags and left for Varanasi, in Uttar Pradesh.

The men were celebrating the tenth year of an organisation called 'Save Indian Family Foundation' (SIFF), where the aim is to save the man and his family. The man's wife, as Rajesh Vakharia explained, is not a part of this 'family' that needs saving. Vakharia is of the opinion that all Indian laws are biased against the male population. "There is an Animal Welfare Ministry, but there's no ministry for the protection of Indian men. Should men be treated worse than animals?" Vakharia asked.

While Vakharia wasn't present at this particular event, another men's rights activist Amit Deshpande came up with a plan. He asked the 'harassed' husbands to perform the last rites of their ‘marital relations’. "These men have been harassed for years by their wives. Their peace of mind was taken away from them. The baggage of their marital relationship was tagging them," Deshpande said. So Deshpande, a 'happily married' man, asked the other men to take a dip in the holy river and do a pind-daan of their baggage.

These 'harassed' men did a ‘shraadha’ (last rites) for their alive wives who don't live with them anymore. They also conducted a ‘pishachini mukti puja’ for their former wives-- in order to get rid of the 'bad memory of past marital relationships'.

"It had a cathartic effect on them," Despande said.

For a while now, a bunch of men have been trying to fight for their rights, because, they say, the laws and the new wave of feminism makes them feel that it's a 'crime to be born as a man in India'.

One of the primary grievances of Vakharia and the others is the "dowry law"— Section 498A of the Indian Penal Code. The law was created in 1983 to protect women from harassment, abuse, and violence from the groom and his family when the bride's family would not provide a 'sufficient dowry'. It was, in fact, the first and the only criminal remedy that recognised all kinds of extreme harassment faced by women.

The men have been trying to scrap this law citing frequent 'misuse'. According to Vakharia, "women who have ego issues can file sexual harassment cases". 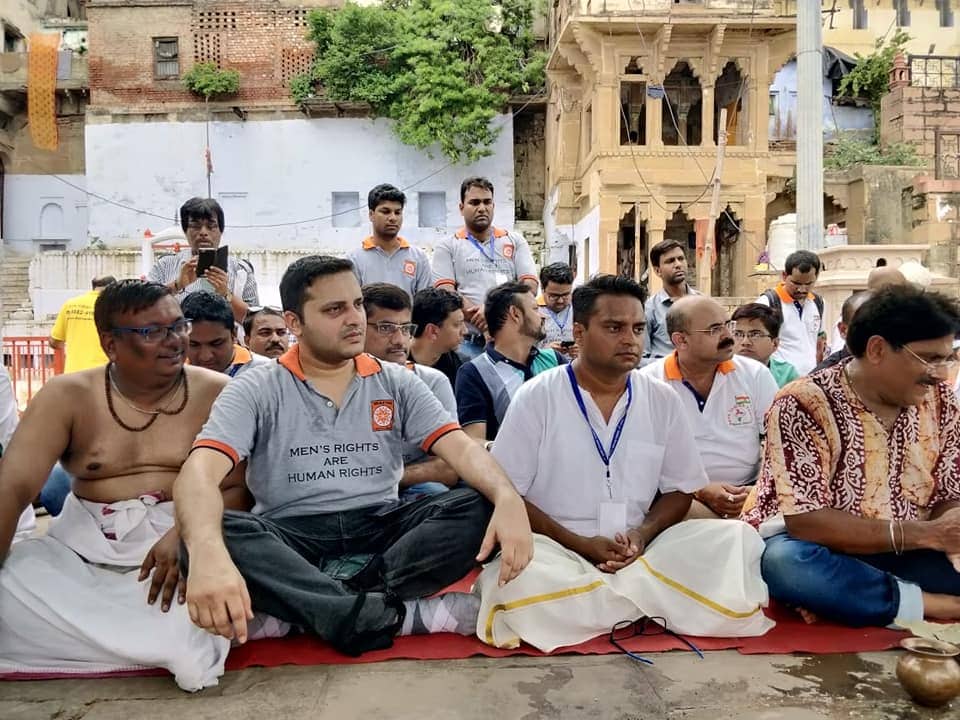 Vakharia said that after he was detained for five days following a complaint filed by his ex-wife under Section 498 A, he deiced to form the organisation in 2005 along with Anil Kumar and Pandurang Katti. “It took five years for me to get acquitted. I set up SIFF to campaign against all laws that are biased against men,” he said. His co-partners are gold medalists, one from BHU and the other from IIT.

In the last 13 years, the organisation spread across the country and now have 200 centres and about 4,000 volunteers. It was the Kanpur chapter of SIFF that organised this unique way for men to apparently kill 'toxic feminism'. There was a pishachini mukti puja conducted as well, for the men to get rid of negative energy that, they say, their wives left behind.

The men's rights group counsel men when their wives file a case against them. "We boost their morale and help them fight the cases. We train the men," Vakharia said. Vakharia's fight is to ensure that husbands don't pay money to those wives who live with them only for a few days. 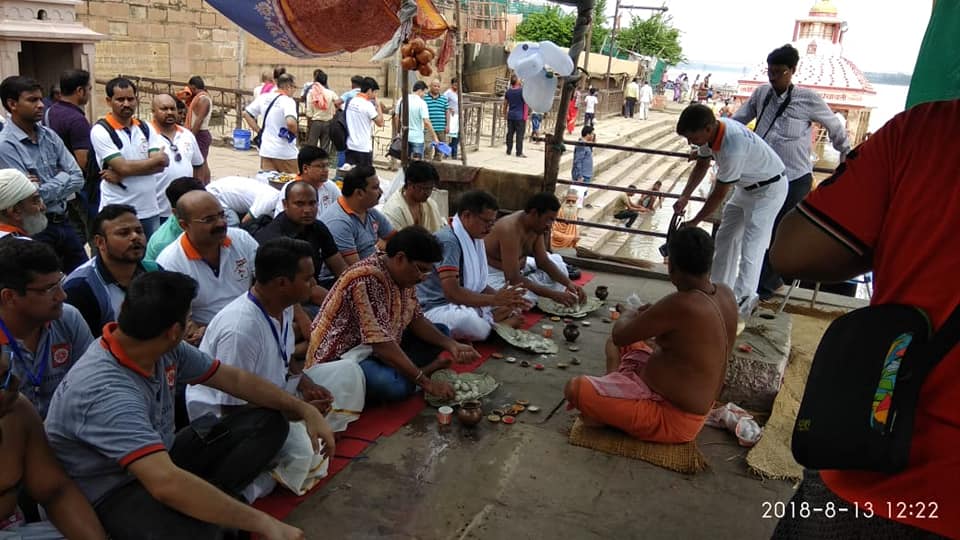 Amit Deshpande, the man whose brainchild was the 'pind-daan', said that this was one of the many events that the group organised. Deshpande said that every year they cut the nose of Surpanakha, the lustful sister of Ravana, whose nose was cut by Lakshman in Ramayana.

"This is a sign to protest against female false rape accusers, they are not punished in this country. So this is our way to symbolically punish them," Deshpande said. He also said that the group sends Rakhis to female ministers because, he feels, in this age of equality men need 'protectors' too. "Patriarchy gave men a lot, but it also helped women," Despande said. He believes that by tying rakhis on men's wrist, women force them to turn into their protectors.

Talking about the event where the men did a series of pujas to get rid of 'toxic feminism', Despande said, "Feminism in today’s form has deviated from its core values of equality and is trying to create a gynocentric society. This was our way to bring in balance."
Tags