2 years of Chennai Express: 10 facts about the movie you probably did not know

Considered to be one of Bollywood's highest grossing films of all times, 'Chennai Express' completes two years today.

Considered to be one of Bollywood's highest grossing films of all times, 'Chennai Express' completes two years today. The movie which starred Shah Rukh Khan and Deepika Padukone as its main leads traced the journey of a bachelor ( Shah Rukh Khan) who travels from Mumbai to Rameshwaram, and while on it, falls in love with the daughter (Deepika Padukone) of a local Don. Marking the two year anniversary of the romantic comedy, we bring to you a list of 10 facts you probably did not know about the box office hit.

1. Kareena Kapoor and Asin Thottumkal were also approached for the role opposite Shah Rukh. 2. In a first, 'Chennai Express' was the first Bollywood movie which was released on the same day in India and in Peru which is on the other side of the Earth as India.

4. The stills of Ooty in the movie were actually a recreation, carefully worked upon by art director Narendra Ruharikar. The shooting was actually done along the outskirts of Panchgani. 5. Shah Rukh underwent a shoulder surgery due to an injury he had on the sets of 'Chennai Express' while shooting a fist-fight scene with Deepika Padukone. 6. The official trailer of the movie got 2 million hits within four days of its release.

7. Priyamani who made a guest appearance in the song '1 2 3 4', is the cousin sister of actress Vidya Balan. Priyamani was earlier seen in the movie 'Raavan' 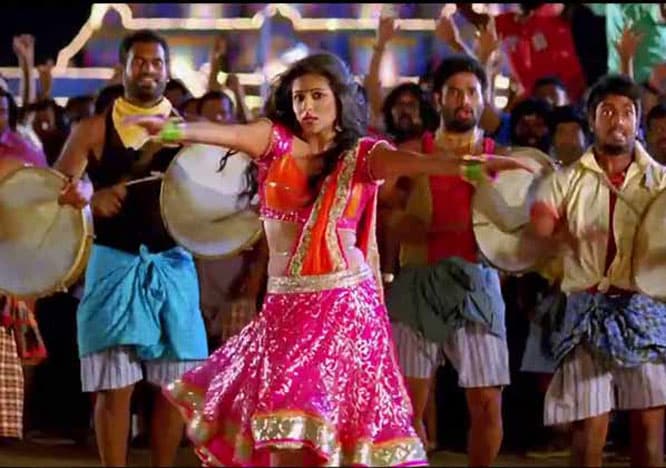 8.'Chennai Express' marked the comeback of singer S.P. Balasubrahmanyam who agreed to lend his voice to a Bollywood track after a decade.

9. 'Chennai Express' simultaneously released across 3,500 screens in the country making it the widest release of any Bollywood movie. 10. This was the first time Shah Rukh Khan and Rohit Shetty came together for a movie.

To mark the anniversary of the movie, Shah Rukh Khan tweeted out: