The Internet is known for its incessant trolling of every damn thing there is out there, from making Anushka Sharma memes to trolling Radhika Apte for doing too many Netflix movies.

But the Internet is also a great place.

A bunch of Reddit users proved exactly that when they got together and helped a man in pursuing his life-long dream of being an artist.

As narrated by a Reddit user, mew767, a chance encounter at the Chickpet metro station in Bengaluru led him and his friends, who were commissioned to make murals at the station, to meet Puia – a watchman employed at the site.

Puia, who was sketching when they saw him, immediately hid his notebook upon noticing the Reddit user and his friends.

Upon much pleading and prodding when Puia finally revealed his notebook, they were stunned to see a photo-realistic image of a model featured in a newspaper.

Puia then decided to assist them in painting and drawing on the walls of the metro.

A year later, Puia has collaborated on the Bengaluru Karaga mural and wishes to leave his job as a watchman and work full time.

Moved by the user’s story, another Reddit user decided to gift Puia a drawing set. 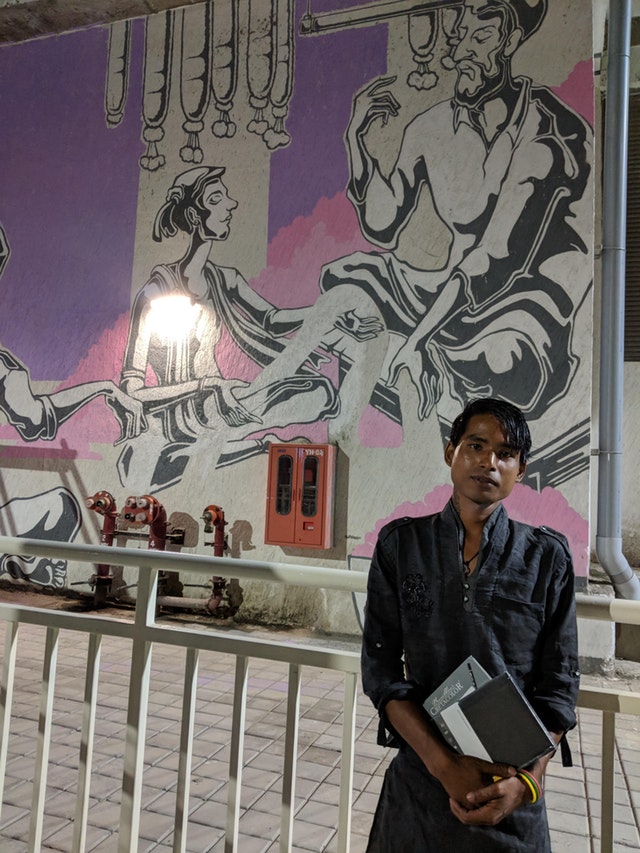 While everyone was praising Puia, mew767 reminded everyone that Puia does not need to go viral on social media, he needs gigs and people to commission him some work.

An excellent initiative indeed. Now we wait for Puia to get more gigs.