A Good Day: Michelle Obama Moved as CNN Anchor Breaks Down on Air after Biden Beats Trump in US

Joe Biden beat Republican incumbent nominee Donald Trump in the aftermath of the US Presidential elections 2020 to become the President-elect in US | Image credit: Reuters/Twitter

The pulse and reaction of Americans can be gauged by a viral video of news anchor Van Jones who broke down on air after CNN projected Joe Biden as the next President-elect of US.

In wake of Democratic nominee Joe Biden becoming the new US President-elect after beating Republican incumbent Donald Trump in the crucial 2020 Presidential elections, much of America was left in a mix of emotions inluding equal parts of jubilation and relief.

And the nation's pulse and reaction can be gauged by a video of a news anchor on CNN, who broke down on air after CNN projected Biden as the winner of the closely watched and highly crucial election. 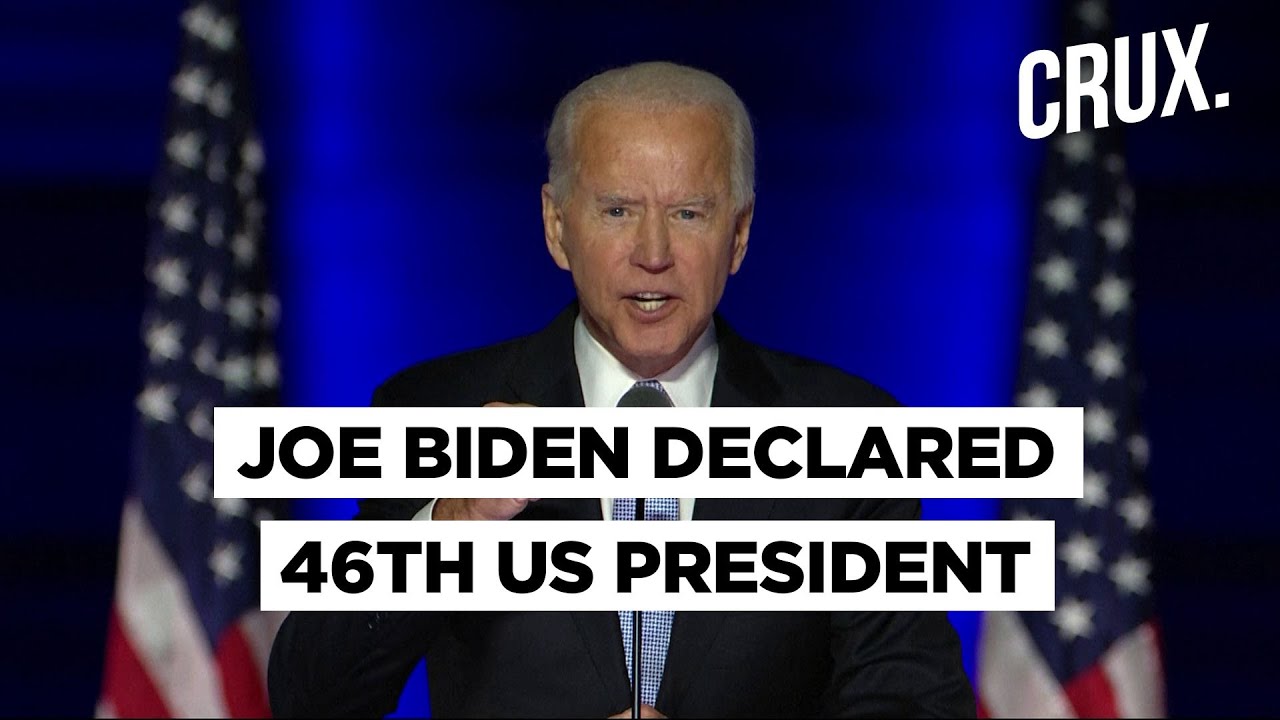 CNN anchor Van Jones broke down in happy tears of relief while reacting to the projection, claiming, "It's a good day today".

Thanks to Biden's victory, Jones said that US could finally "reset", adding that several US citizens can now “get some peace”.

He also spoke about Biden's victory as a "vindication for a lot of people who have really suffered" in the past four years of Trump's presidency, which saw a dramatic increase in racial hate crimes in the US. 2020 was also the year that saw massive, country-wide protests for 'Black Lives Matter' for days on end, with activists demanding justice for George Floyd, a black man who was murdered by four white cops in Minneapolis, Minnesota in May.

Jones's teary broadcast on live television has left the internet emotional as well and has been going viral on social media. Former First Lady Michelle Obama was one of the first to comment on Jones' broadcast, shared an equally emotional message in response to his. "Van, thank you for expressing the sorrow and relief that we all feel. My hope is that those who hoped for a different outcome will take a moment to empathize with the pain so many of us have felt over the past four years," Obama wrote.

Van, thank you for expressing the sorrow and relief that we all feel. My hope is that those who hoped for a different outcome will take a moment to empathize with the pain so many of us have felt over the past four years. pic.twitter.com/eqL1szT1Iz

Yet others reacted to the anchor's moving speech, calling it the "best thing on national US television" today. One Twitter user called it one of the most "genuine emotional moment" in the history of live television in the US.

The anchor crying on CNN right now is feeling it

I saw this this morning live and it was the most genuinely emotional moment I've ever seen on TV. Thank you @VanJones68 https://t.co/ZcUECcAfLb

The killing, which was one among many such instances of police brutality against Black persons recorded in the past few years, caused a wave of outrage across the world and dipped several cities across the US in a state of emergency for days as protests erupted across in several states. Cities like Portland in Oregon, Minneapolis, and Washington saw continuing protests and clashes between protesters and armed police and security personnel.

The Trump years have also seen a rise in mass shootings. By the first half of 2019, four of the deadliest mass shootings in the US had already occurred. All four had been perpetrated by white assailants.

Trump was also infamous and roundly criticized for his immigration policies and for the controversial practice of separating immigrant children from their families that were illegally entering from the US-Mexico border and keeping them in steel cages. His tirades against immigrants and Muslims have often grabbed headlines since from the start of his run in office in 2016.

Biden, nevertheless, has managed to dethrone the ultra-conservative Trump administration which once included racist, anti-Semitic and former Breitbart editor Steve Bannon among other controversial faces. Biden and his running mate, Kamala Harris, wrested the White House from Trump on Saturday as media houses like CNN projected a victory for Biden.

Speaking to a deeply divided nation, President-elect Joe Biden on Sunday made a plea for unity and understanding after four years of turmoil and conflict fomented by Trump, who showed no indication that he plans to concede and continued to push the falsehood that he had won the election.

The President-elect also reached out to disgruntled voters who supported Trump. while speaking in his hometown of Wilmington, Delaware, Saturday evening. "I understand the disappointment tonight. I've lost a couple of times myself. But now, let's give each other a chance," Biden said. "This is the time to heal in America," Biden said he was humbled by the trust and confidence that America has placed in him.

Meanwhile, Donald Trump has given no indication regarding conceding the Presidency to Biden, despite him beating the Republican incumbent in key 'swing' states like Pennsylvania, which votes for a Democratic candidate for the first time since Bill Clinton's run in 1992.