Subhash Kadam gets all the credit for turning a water tanker village like Jaigaon into completely drought-proof (with 24*7 water supply).

We’ve all dreamed of living the ‘better life’ in the luxury of the great metropolitan cities. Some even move places to make that dream come true. Then there are people like Natha Kadam who go in search of the ‘better life’ but come back and change lives forever.

In the 43 years between 1972 and 2015, the village of Jaigaon in Maharashtra had seen a ‘decent’ rainfall only twice. The village’s soil was ideal for growing crops like jowar and sugarcane. But there was a small hiccup – the said crops which required copious amounts of water for irrigation could not be grown because the village of Jaigaon had no water.

However, today the village which primarily depended on water tankers for eight months in a year has 3.5 lakh litres of water to use in a day, 27 wells from just one, 20 stone CCT dams, a stocked water capacity of 4 lakh litres and saved water of 1,75,000 cubic metres.

The primary credit for turning a water tanker village like Jaigaon into drought-proof (with 24*7 water supply) goes to Subhash Kadam or Natha ji. 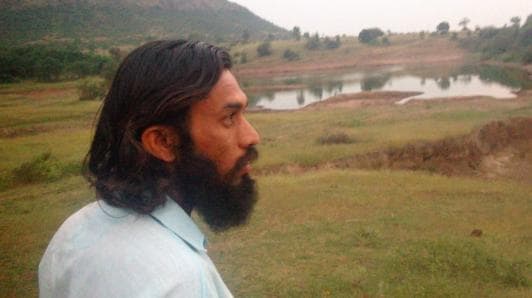 Natha was only four when his father passed away. As a child, he would always yearn to support his family. Natha worked tirelessly in Jaigaon to support his mother and sister.

Natha, like most of his peers in the village, left for the city of dreams Mumbai at 18 and drove cabs, buses, touring cars for travel agencies. He was trying to save up enough money to pay for his sister’s marriage.

In the city, Natha underwent the 'Happiness program' by the Art of Living foundation in 2007 and subsequently attended the Youth Leadership Training Program (YLTP) which Natha claims changed his life completely. The program, he says, made Natha confront questions which went past the chaotic madness for a daily struggle to make living.

He was 23 when the thought of "Ab nahi toh kab (If not now then when)?" struck him. He thought that if the perfectly-abled youth continued to migrate to big cities their villages' condition would only worsen by the day.

However, on his return, Natha was made aware of the hassle of a long drawn process called paperwork filing. Natha, who had also been demanding for building of toilets in the village, realized that if asking for funds required so much time, it would take several years before his entire village could have toilets. And there was the much impending matter of water scarcity too.

Natha decided that in order to speed up things, he needed to be a figure of authority. He decided to run for the elections. Natha became the Sarpanch of Jaigaon at 32.

Jaigaon’s water situation was so bad that post the festival of Diwali, they would have to depend on water tanks.

He tackled the weighty issue of water scarcity by collaborating with the Art of Living’s River Rejuvenation Project. Natha, who now works as an Art of Living teacher, organized a series of community building workshops to rekindle the sense of service and ownership through spiritual empowerment among the villagers.

Later, Natha started a ‘Stop the Water, Save The Water’ campaign where the villagers learned techniques like ‘lift irrigation’ and how the construction of boulder dams and such other structures could help them conserve water and channel the water from other sources directly to their farms with the help of electric pumps. 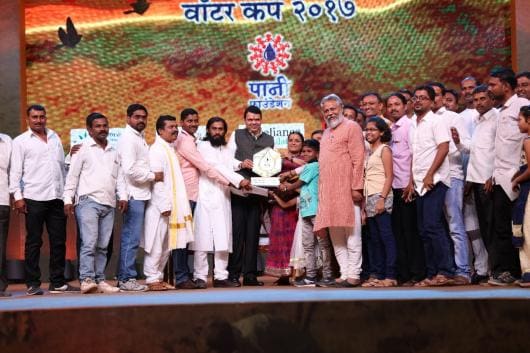 The work undertaken by the villagers and volunteers started to show results when Jaigaon won the first prize at the Satyamev Jayate Water Cup in 2017 for the most significant effort made towards river rejuvenation.

Jaigaon, under the leadership of Natha, quickly became a symbol of how positive leadership coupled with community building and collective action could bring great achievements for the village community in India.

Today, Natha is working towards the goal of turning Jaigaon into an aadarsh gaon. Natha has decided to not cut his hair and beard until his village is fully transformed into a community that is prosperous and economically self-sufficient.

But for Natha, this is only the beginning. His self-awareness has taught him that things wouldn't change in a day. It takes a determined man and a village to make it happen.