Based on the real life story of the struggle of an ageing wrestler Mahavir Phogat to empower and encourage his two daughters Geeta and Babita Phogat to become world renowned wrestlers, Dangal hit the silver screen on Friday.

The biopic stars Aamir as Mahavir Singh Phogat and Fatima Sana Shaikh and Sanya Malhotra as the two daughters -- Geeta and Babita Phogat.

Dangal, even before its release, became a hit with the audience with celebs and critics taking to Twitter to express how inspiring the film's narrative was. In fact, celebrities who watched Dangal at a special screening on Tuesday, were all praise for the performances of the two debutants and of course Mr Perfectionist -- Aamir Khan.

In Dangal, Aamir underwent rigorous workout sessions for the role of Mahavir Phogat. He had to previously gain weight, going from 68 kg to 93 kg in six months, for his role of the ageing wrestler during the first phase of the film's shoot and then come back to shape within a span of five months to player a younger Mahavir.

Although the task was as difficult as climbing a mountain, Aamir successfully transformed himself from fat to fit. And the transformation was phenomenal.

The movie has been receiving great reviews from all across and looks to be doing well at the box office.

Here are five other films based on sports that were truly inspirational. 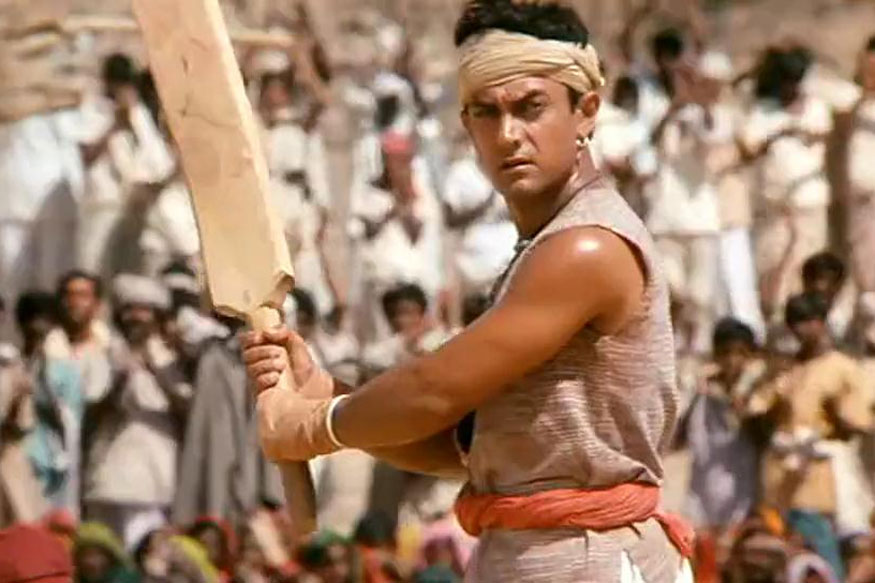 A still from the movie Lagaan.

Directed by Ashutosh Gowarikar, Lagaan has been both revolutionary and motivational in many ways.

Story of a group of ordinary villagers led by Bhuvan (Aamir Khan) fighting a 'cricket-based war' to end the cruelties of British Raj, Lagaan is about how these unlikely heroes fight challenging situations forced upon them and emerge as winners. It is about how the villagers together show immense courage in the face of adversity. The film traces the struggle of the villagers who strive to free their land of Lagaan - a tax that Indians had to pay to the British during the colonial rule.

Apart from the storyline, the conviction with which all the characters in the movie play their part is absolutely amazing and inspiring. Nagesh Kukunoor's national award winning film Iqbal is a simple story of a deaf and dumb cricket-obsessed son of a farmer who, despite his father discouraging him to play cricket, makes it to the Indian national cricket team with his hard work and grit. The story revolves around Iqbal's dream of playing for the national team and overcoming his disabilities to play without inhibitions.

The film is inspiring in several ways. First, the movie beautifully narrates how a 18-year-old boy from a humble background, with physical handicap and lack of coaching makes it to the national team. Second, never in the film does the director make Iqbal look weak or helpless. Iqbal is portrayed as someone who has the will to fight all odds and not as one who can be easily discouraged by challenging situations and that is what makes the film special. Story of a discredited hockey player who turns coach of the women's national hockey team, the film is about Kabir Khan's (Shahrukh Khan) fight to win back his respect and dignity.

Loosely based on Mir Ranjan Negi, who was once accused of fixing a match against Pakistan in the 1982 Asian Games, Chak De! India is about sportsmanship, patriotism, teamwork and of course bringing honor to one's country by playing for it - together!

Not only does the film spark the patriotic spirit every time you watch it, it also has many lessons to impart. It teaches you how to keep your differences aside when playing for or representing the country, team building and leadership. It tells you that there is a solution to every problem, it talks about sexism in India (when the men's hockey team is allowed to go for the world championship) and motivates you by letting you know that if you have an aim and the determination to achieve it, nothing can stop you! Inspired by the life of a former national steeplechase champion Paan Singh Tomar, Tigmanshu Dhulia's film starring Irrfan Khan and Mahie Gill, traces the journey of the award-winning athlete who later turned a rebel in Chambal to avenge his mother's death.

Tomar's story has been inspiring in more ways than one. His innocent decision to join the sports division in the Indian Army simply for the unlimited diet that sportsmen have and later winning gold medal for the country for 7 years in a row in the Indian National Games, is truly inspiring. His frustration and disappointment on not being given a chance to fight for the country in the 1962 and 1965 wars and quitting the Army to settle a family dispute, showcases two different sides of him - patriotic and an ideal family man.

Tomar who gets killed in the end after a gang member betrays his trust, never surrenders to the police even after his family and Army coach persuades him to, because he is disappointed with the 'system' which never came to his rescue when he needed it the most. Priyanka Chopra in a still from Mary Kom.

Inspired by the real life story of Manipuri boxing champion Mary Kom, the national award winning film starring Priyanka Chopra, is about the struggles of a daughter of a rice farmer in Manipur and she fights all odds to become five-time world champion.

This extraordinary tale of triumph against all odds, the struggle and work-life balance that Kom had to deal with in real life has been narrated fabulously in the film.

While Mary Kom's real life journey is truly inspirational, the movie is nothing less than a beautiful celebration of Kom's determination to achieve her aim, her belief in herself, sportsmanship and the spirit of womanhood.

With inputs from IANS.