Home » News » Buzz » Agrima Joshua Apologised for Shivaji Joke. But What about Man Who Made Rape Threats Against Her?
4-MIN READ

Agrima Joshua Apologised for Shivaji Joke. But What about Man Who Made Rape Threats Against Her?

Stand up comedian Agrima Joshua has been receiving arrest, death and rape threats for an old joke regarding the statue of Shivaji Maharaj | Image credit: Twitter

The man in the video has been identified as YouTuber Shubham Mishra, a low-level social media player who wants seemingly wants to make a name for himself as the next 'Babu Bajrangi'.

In 2018, several Indians were outraged to the core after a report by an international news agency pegged India as the most dangerous country for women with regard to sexual assault. Nearly two years since, not much seems to have changed with yet another video of a public rape threat going viral.

A stand-up comedian was compelled to share an apology on social media and take down her former content after she was brow-beaten into compliance by threats of arrest and rape.

Comedian Agrima Joshua has shared an apology for an old video in which she made a joke about the upcoming statue of Chhatrapati Shivaji Maharaj and what people were saying about it online. Following the call for her arrest by a Shiv Sena leader and a very public hate campaign against her, Joshua decided to come forth with an apology. The video was also taken down. 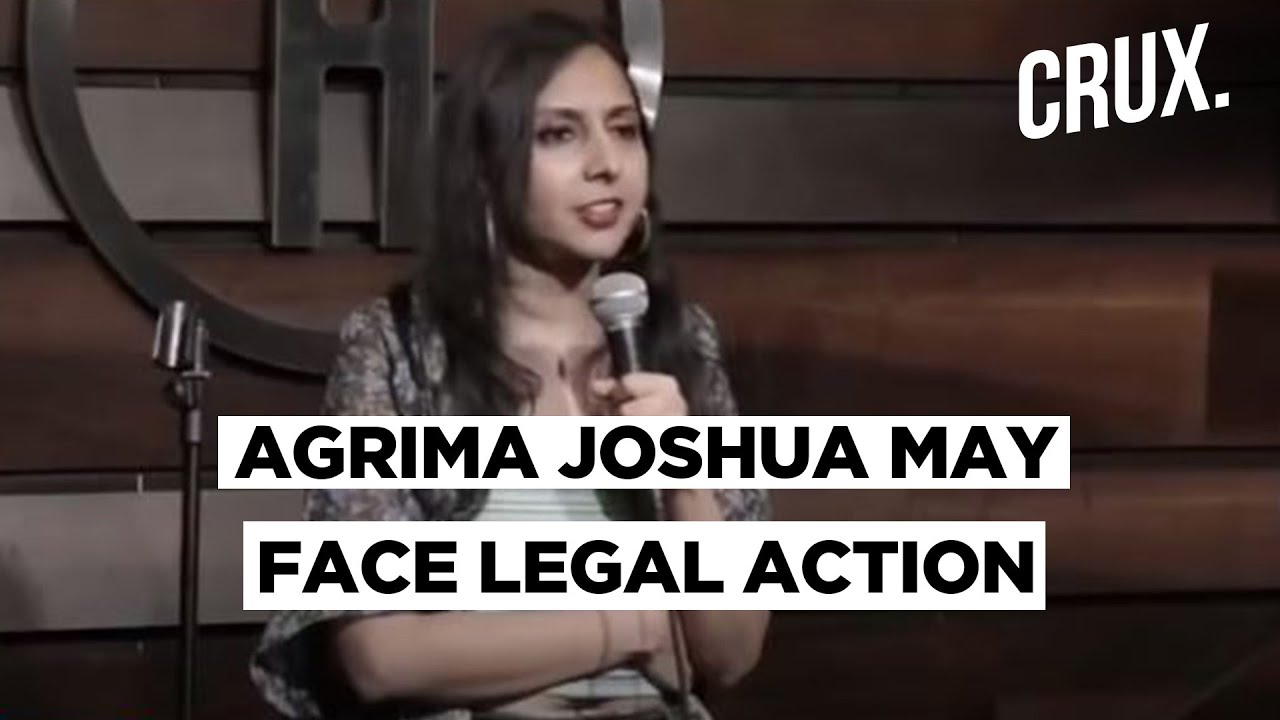 Within a day of the old video going viral again, however, another disturbing video started to trend on Twitter - that of a public rape threat against Joshua.

In a video that started going viral last night in response to the viral joke, a man can be seen giving an open rape threat to a the woman in the utmost crass language in order to intimidate her. The man has been identified as YouTuber Shubham Mishra.

The furore started when Sena leader Pratap Sarnaik posted a video on Twitter, seeking an arrest of Joshua for a joke on regarding Shivaji's statue, which is set to be erected in the Arabian Sea.

"Some comedian named Agrima Joshua has made contemptuous comments against Shivaji Maharaj while presenting her comedy skit," Sarnaik wrote.

Soon after Sarnaik's appeal to Maharashtra Home minister and NCP leader Anil Deshmukh for Joshua's arrest, the comedian faced a barrage of hate comments and threats online. A group of miscreants also vandalised 'The Habitat', the venue in which Joshua's performance was held, in protest against the video.

The outrage compelled Joshua to post a public apology on Twitter in which she says she is sorry for hurting the sentiments of Shivaji's followers. She also added that the video had been taken down and that she had great respect for Shivaji.

Following the violence, The Habitat shared a tweet in which it said, "We devote our lives to finding creative expression. Not towards acts of barbaric violence or mindless sharing of acts of violence," they wrote.

Thank you, to our family 🙏
Hope you are all safe at home during these troubled times. pic.twitter.com/pvT2AVeBeG

Despite the apology, public outrage against the comedian grew after the call for her arrest. And one video has gone viral for its misogynistic and criminal content.

In the video, a man in a yellow shirt can be seen mindlessly abusing the comedian and issuing her violent rape threats amid numerous threats of violence.

The man in the video has been identified as Shubham Mishra, a low-level social media player who wants seemingly wants to make a name for himself as the next "Hindustani Bhau".

Bhau, the Bigg Boss 13 contestant, was recently in news after he made threats against filmmaker and producer Ekta Kapoor and called for her arrest after she allegedly disrespected the Indian Army in her web series.

Mishra, who has over 2 lakh subscribers on YouTube and also has a presence on the recently banned video-sharing platform TikTok, went a step further and called for raping Joshua. Mishra is well known for posting, polarising, incendiary and provocative videos regarding current affairs.

After the video of him giving a rape threat to Joshua went viral, several people including comedian Kunal Kamra, actress Swara Bhasker and others called for Mishra's arrest. Many also sought action against the man by the National Commission for Women.

Disturbing but not new

While the video is disturbing to the core, it is not surprising. In the past, several such hate campaigns including the one led by Mishra's guru 'Hindustani Bhau' himself prove that browbeating artists, especially women, into compliance, is not that hard. Take Kapoor's case, for instance. The powerful producer and media doyen had to remove the scene depicting an army officer's wife having an extra-marital affair from her webseries due to moral policing by obnoxious, self-righteous men.

All you need is a viral hate campaign, some political actors supporting the miscreants and voila!

The trend is scary not just for every Indian's constitutional right to freedom of speech and those who advocate it, but also paints a bleak picture of the state of women's security in India, where one case of rape is reported every 15 minutes.

In 2018, as per NCRB data, 33,356 cases of rape were reported across the country out of which over 93 percent were committed by persons known to the victim. As per a survey conducted by Reuters in 2018, India was the most dangerous place for women with regard to sexual crimes against women. While many including Indian politicians and administrators had questioned the veracity of the report and debunked its findings, the viral reach and popularity of videos propagating rape and violence against women in India seems to confirm that statistics.

Such videos are also a reminder that despite progress in terms of women's rights and creative freedom, India continues to remain a country where women have to apologise for everything - from their clothing to their jokes - if someone takes offence while men who issue open calls and threats for rape and violence go scott-free.
Tags: