Ram's birthplace of Ayodhya is not located in Uttar Pradesh but near the Balmiki Ashram in Thori in southern Nepal, Nepal PM KP Sharma Oli said on the birth anniversary of Nepalese poet Bhanubhakta.

In what can be termed bizarre yet controversial news, Nepal Prime Minister KP Sharma Oli found himself in hot waters on Monday after he claimed that the real Ayodhya lied in his country (Nepal) and not in India.

Ram's birthplace of Ayodhya is not located in Uttar Pradesh but near the Balmiki Ashram in Thori in southern Nepal, Oli said.

Speaking at an event on the birth anniversary of Nepalese poet Bhanubhakta at the Prime Minister's residence in Kathmandu, Oli said that Nepal "has become a victim of cultural encroachment and its history has been manipulated".

Bhanubhakta was born in 1814 in Tanhu of western Nepal and is credited for translating Valmiki's Ramayan into the Nepali language. He died in 1868. "Although the real Ayodhya lies at Thori in the west of Birgunj, India has claimed the Indian site as the birthplace of Lord Ram," Oli said. "We also believe that deity Sita got married to Prince Ram of India. Actually, Ayodhya is a village lying west of Birgunj," he said, adding that the marriage between the bride and the bridegroom at such a distance was not possible at the time when there was no communication and transportation system. He went on to say that Thori, located near Birgunj, was the "real" Ayodhya were Lord Ram was born. "The place called Thori, near Birgunj is the real Ayodhya, where Lord Ram was born. In India there is great dispute on Ayodhya. But, there is no dispute in our Ayodhya," Oli was quoted as saying by his press advisor Surya Thapa. Instead of outraging at his comments, Twitterati in India took the meme route and imagined what Oli's future claims would be.

When I listen that #LordRam belong to Nepal and #Ayodhya is in Nepal not is India.😂#Ayodhya pic.twitter.com/oYTcXAqo8R — Shristi Tiwari (@_shristi_tiwari) July 14, 2020

Ravan was from China!!!

Gautam Buddha was from Russia

Mahavir was from North Pole

He himself came from Luna as he is turning lunatic! #Nepal #oli #ram #ayodhya

Abiral Tamang was a brilliant Nepali Scientist who gave Theory of Nepalivity but Capitalist America stole the theory and renamed it Theory of Relativity and changed name of Abiral Tamang to Albert Einstein pic.twitter.com/yEYO1kqKzt — K.P. Oli (@_KPOli) July 14, 2020

#Ayodhya Everyones reaction on hearing the news of Shree Ram being nepali#Ayodhya pic.twitter.com/wCS6OqpWgr

If this wasn't all, Oli also said: "Valmiki Ashram is also in Nepal and the holy place where King Dasharath had executed the rites to get the son is in Ridi, which is in Nepal," he said. As Dasharath was the ruler of Nepal, it is natural that his son Ram was also born in Nepal, Oli argued. Therefore, real Ayodhya lies in Nepal, he claimed.

Condemning Oli for his remarks, BJP national spokesperson Bizay Sonkar Shastri said that the Left parties even in India played with people's faith, and the Communists in Nepal will be rejected by the masses in the same way they have been here. 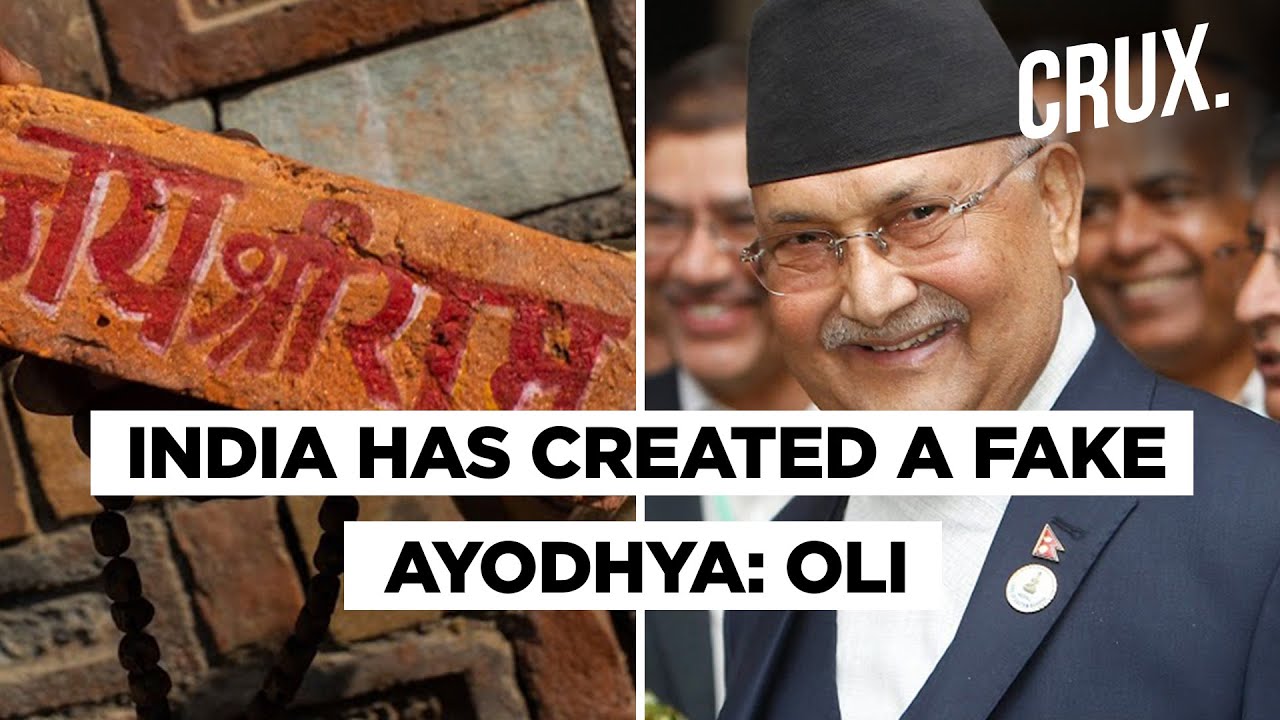 "Lord Ram is a matter of faith for us, and people will not allow anybody, be it prime minister of Nepal or anyone, to play with this," he said in New Delhi.