Shrivastava experimented for 12 hours with the AI to create the pieces. (Credits: LinkedIn/Riya Shrivastava)

An AI artist, Riya Shrivastava, created some portraits of what ancient India could look like using Artificial Intelligence. Ornate temples, waterfalls and fireflies paint a luminous picture in her artwork. Shrivastava said she created the portraits with the AI at Midjourney, an independent research lab. Midjourney states its purpose as “exploring new mediums of thought and expanding the imaginative powers of the human species”. Shrivastava experimented for 12 hours with the AI to create the pieces using the prompt “Ancient India with ornate temples, waterfalls, and fireflies”.

“I asked #ai what ancient India would’ve looked like and this is what I got! What an amazing experience it was to experiment with prompts and commands to finally get close to what I imagined,” Shrivastava wrote in her LinkedIn post. 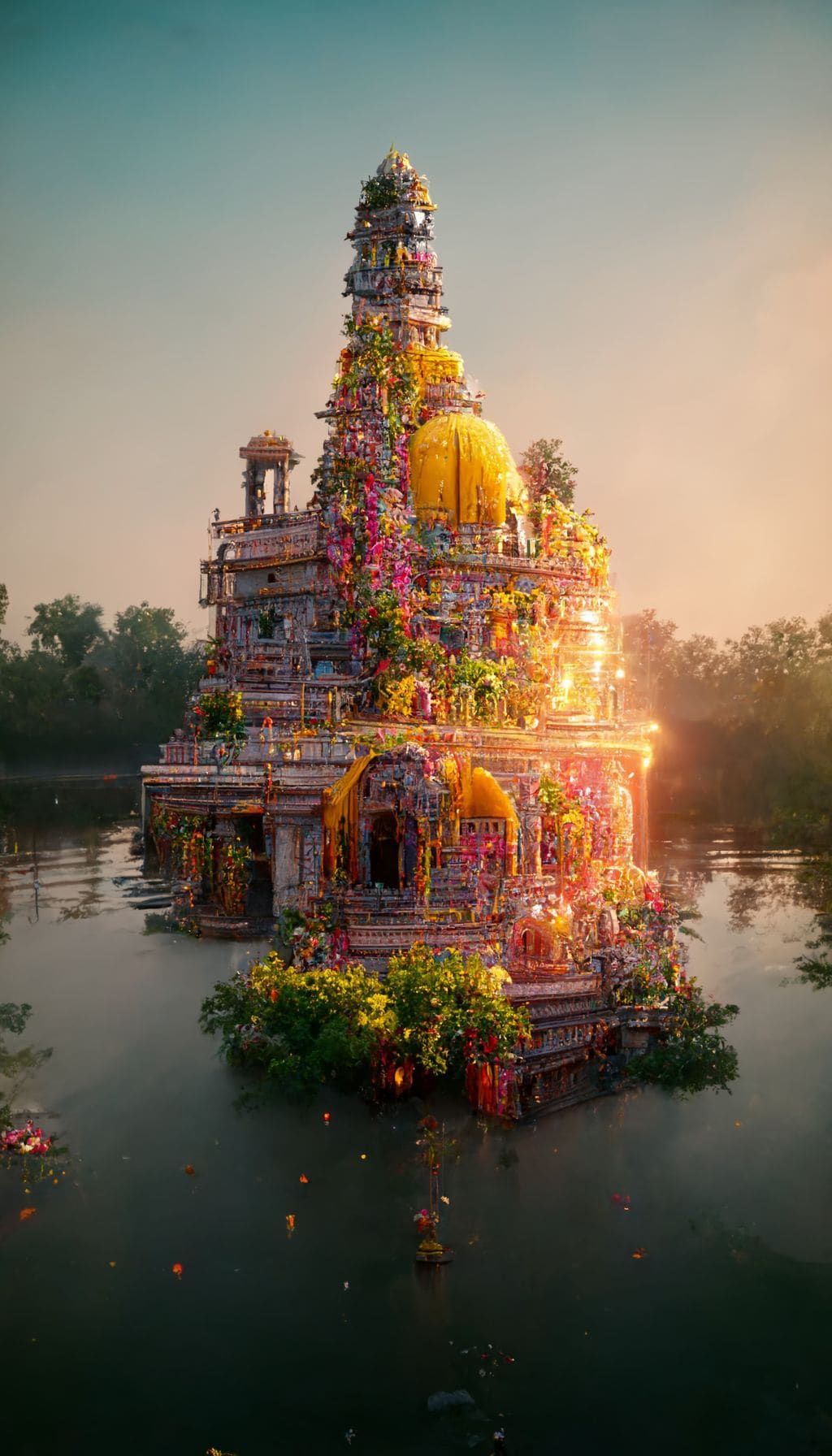 A LinkedIn user asked Shrivastava what the 12 hours of experimentation involved, to which she replied, “experimenting with different variation of the prompt and upscaling them to generate the final images.”

Artificial Intelligence has been pushing the boundaries of human imagination. Recently, a YouTuber named Ann Reardon, who runs a channel called How To Cook That, concocted a cake recipe using an AI and tried following it to achieve end results. Ann used an AI called GPT-3 or Generative Pre-trained Transformer 3. The AI, through algorithmic functioning, can generate written texts such as articles and poems. Created by OpenAI, this language model is fed billions of parameters.

To test if an AI can really perform as well as humans in various sectors, in this case, food, Ann tried to develop a recipe. “The first two recipes that spread out were just useless,” said Ann in the video. She added that on the third attempt, it spread out the recipe of a “Super Moist Giant Oreo Cake.”

With ingredients such as butter, chocolate, Oreos, morsels, and cake mix, the process churned out what looked like a cake, but did not feel like one as it was quite hard in texture, Ann said, adding that the cake was not “moist” as the title claimed.

When the cake was put to a taste test, the reviews were not bad. Ann’s husband and son, although had a hard time putting the cake on their plates in one piece – as it was too brittle – did enjoy the taste.