The International Cricket Council (ICC) deleted a tweet wishing Andrew Hall on his 44th birthday after being reminded that they had mistaken the former South African pacer for his former teammate Charl Langeveldt.

But netizens were quick to notice that the picture used by ICC in their tweet was actually that of Charl Langeveldt, another former South African quickie. 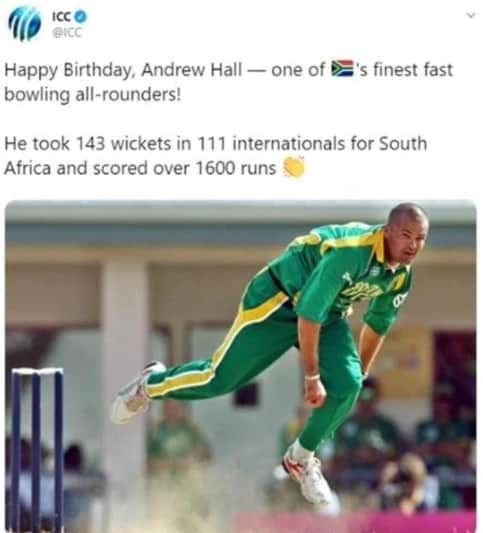 The Bangladesh Cricket Board (BCB) also trolled ICC over the gaffe, reminding them ‘That’s our Bowling Coach Charl Langeveldt.’

The BCB ended the tweet with a birthday wish for Hall.

Charl Langeveldt was recently appointed as the new bowling coach of the Bangladesh cricket team in place of Courtney Walsh whose contract ended after the World Cup.

He has previously worked as the bowling coach of South Africa and Afghanistan.