News18» News»Buzz»'Beauty and The Beast' musical review: This enchanting tale of romance will take you back to the mystical era
2-MIN READ

'Beauty and The Beast' musical review: This enchanting tale of romance will take you back to the mystical era

Who would've imagined the usage of space and artistic creativity the way Varsha Jain, the set designer of the musical, did?

Noida: Magical, enthralling, romantic and classic, these are the words that cross your mind when you think of 1991 Disney's fairytale 'Beauty and the Beast'- the film that gave the ever popular fairytale romance a bigger canvas. After the immense success of the film, Broadway theatre made it into a musical that is still one of the most successful musical of all times.

Now, Disney has brought the same magic to India, for the first time ever. 'Beauty and The Beast' musical entertained the Delhi audience in the same measure and manner as Mumbai. The main attraction was the fact that the production entirely had local talent. Which is great, because we couldn't tap that huge potential before. 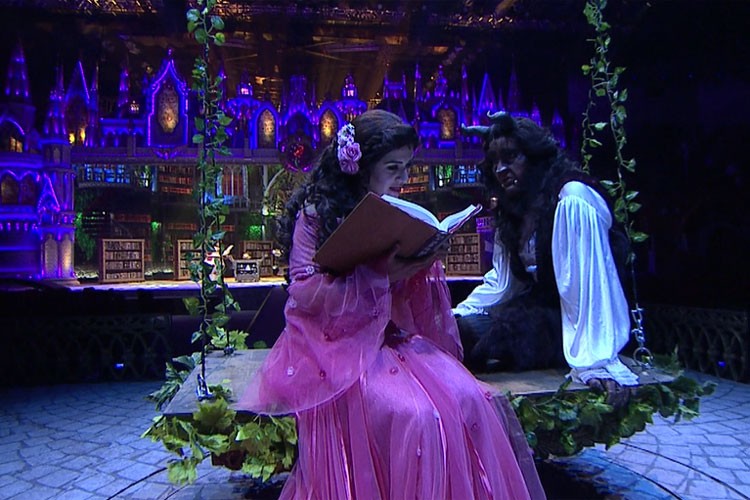 Now about the musical, recapturing the essence of an already popular story is one of the hardest things to do, but India's production team managed quite well. The entire live production looked flawless with respect to the actors.

Meher Mistry as Belle captivates you with her animated expressions and gestures. Varun Narayan makes you love Gaston, no matter how much you want to hate him, however it's the beast that steals the show. Edwin Joseph covers the vast spectrum of emotions that Beast goes through, with utter ease. With Belle, the audience also discovers and falls in love with the beast gradually.

The supporting cast is like the cherry on the cake. Babette, Maurice and Lafou win your hearts with their funny expressions and body language. The chemistry between Belle and Beast seems to flow in naturally and gives you the trademark Disney's happily ever after feeling. The entire set of the play will leave you awe-struck. Who would've imagined the usage of space and artistic creativity the way Varsha Jain, the set designer of the musical, did? The way Beast's castle has been designed is magnificent and really magical. The little details adds up to the charm of Disneyland. The set up and lights design gives you the feel of a real fairytale and makes you believe that you are sitting inside the 'forbidden' castle and witnessing the story unfold.

The choreography of the entire musical deserves a special mention. Terrance Lewis has done a fabulous job with the dancers and the never-seen-before actions are drool worthy. If you have been an ardent follower of Disney movies in yourt childhood, you would relish and relive every moment through the dance sequences. The music of Alan Menken has been directed well on stage by Lesle Lewis.

Scenes where Belle enters the west wing, the falling of roses, Belle reading 'King Arthur' to Beast are some of the highlights of the show. The high quality of production makes it equivalent to its New York and London counterparts.

Extravagant sets and brilliant execution makes you forget the little glitches and flaws that comes with a live performance. This musical saga deserves to be experienced once by all irrespective of age. The magic of this popular fairytale has been retained well by with fabulous chemistry between the leads, the music and the dances.

Spectacular, spell bounding and enchanting, this Indian version of 'Beauty and the Beast' deserves a watch.