Beer, Goat and Dogs: The Bizarre Avatars of Yoga to Try This International Yoga Day

Yoga may have originated around 5,000 years ago in India, but every day, it reaches new corners of the world and keeps getting new and weird makeovers.

This year, Prime Minister Narendra Modi will be leading the main event of the fourth International Day of Yoga celebrations in Ranchi. However, many across the world would probably be participating in Yoga that is not quite as conventional as you would think. In fact, alternate yoga practices have greatly gained popularity in the West.

Here's a look at some bizarre yoga variants that have come up in recent years.

Sounds crazy, right? Well, it is crazy and exactly what the name suggests - Yoga with well, goats. Lainey Morse, who came up with the idea first in 2016, perhaps didn't realise that it will take the world by a storm.

For many, the experience is 'calm', 'zen', or just plain 'happiness'. So what really happens in goat yoga? Well, you do yoga, while the goat does its thing. More often than not it will just lay down on your yoga mat, but it can also jump on your back, burp in your ear and give goat hugs.

According to several studies done, goat yoga can help people in curing anxiety and depression. No matter what the studies say, one thing is for sure, you won't stop chuckling if you do yoga with goats. 'Doga' was started by Suzi Teitelman in New York in the year 2002. In this form of yoga, dogs are used as an object or sometimes as a partner. Of course, they can also act as your teacher. Research shows that this could also be the best way to build a better bond with your pooch. Doga is not only beneficial to human beings but also to the dogs. Are your loud tantrums making you take anger management classes? Head to a tantrum yoga class instead where you can channelize your temper tantrums into something constructive. Created by Hemalayaa, 'tantrum yoga' is basically expressing outburst along with performing yoga. Tantrum yoga is all about screaming and shouting your way to better health. The type was invented with the belief that expressing emotions through screaming can help you achieve better health and release mental and emotional pressure welled up inside. 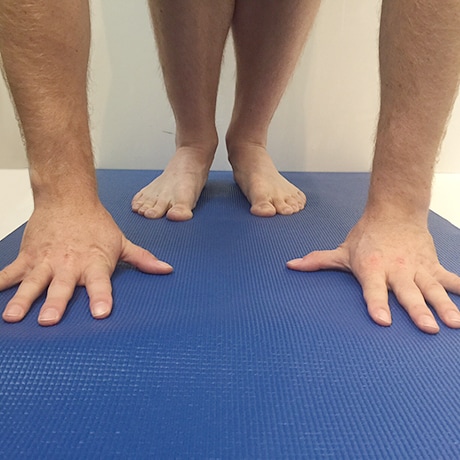 Naked yoga, as the name suggests, is all about practicing Yoga without any clothes. It tries to focus on the physical sense of freedom the body feel in its natural state and experience release through nudity. The quirky trend has started gaining popularity mainly among hep crowds in Los Angeles and New York. It symbolizes separation from worldly possessions and is said to helps its adherents reach new levels enlightenment. However, it may not be everyone's cup of tea as being naked in front of other people could often be a rather distressing experience for many and quite at odds with a calming activity like Yoga. And bending in awkward yoga poses while sweaty and naked? Um, no thank you. However, these are the very inhibitions that naked yoga tries to break in its adherents. Those who can go through with it often claim to feel liberated from social shackles. the concept of a 'Yoga Rave' was Initiated by the Argentinian branch of the NG), the Art of Living Foundation. It focuses on stimulating mind and body with a mix of music, yoga and meditation. To live up to it's name, it does look a lot like a rave. The only difference? People are high not on booze or drugs but on yoga. To be clear, no consumption of alcohol or any other kind of intoxicant is strictly prohibited in the raves. This type of yoga severs the age-old association of yoga and meditation to quiet and peace and instead seeks to find inner peace through rhythm and communal cooperation.

Created by Robert Sindoti, the name “broga” is - you guessed it - yoga for bros. It is a type of yoga class specifically marketed to men by making it more "masculine". Broga helps people bust stress and burn fat by amping up the pace of the workout and butching up the sessions. It's one of the rare yoga forms where one can achieve a really high heart rate because it includes mountain climbing, plank jacks, and burpees. And just because the classes are targeted to men doesn't mean women are not welcome here. Hot yoga is a vigorous form of yoga performed in a very warm and humid studio resulting in profuse sweating. Your body is smart enough to know that you don’t get too hot or too cold. But hot yoga works against your smart body. It makes your body sweat forcefully more than the need to sweat. Eventually ,leading you dehydrated. It can cause you many problems as well. Kind of like a yoga sauna session. While some believe "hot yoga" is pretty useful, others may consider it a bit too messy.

If you thought you had seen the weirdest of them all, hold your glass for "beer yoga". It is true that beer lovers find a way to crack open a cold one at any given occasion but two yoga teachers from Berlin, Germany decided to take it a notch further. 'BeirYoga' in German, the trend has recently gained popularity in other countries too. According to its pioneers, the yoga combines the relaxation and enjoyment people felt while drinking beer with yoga techniques to achieve the perfect level of spiritual transcendence. In fact, its website calls it the marriage of yoga and beer, two of the most ancient therapies for relaxing the mind and soul. Though how people managed to correctly execute complex yoga postures after drinking beer is hard to fathom. 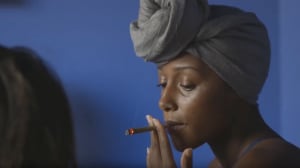 After beer yoga, comes an even more insane kind of Yoga that would specially appeal to stoners and hippies - "ganja yoga". As the name suggests, this type of yoga combines performing complex asanas while smoking doobies. It focuses on feeling tranquil and at peace and one with self due to the calming effects of marijuana. Started by a yoga teacher from California, weed yoga gained popularity after the legalisation of recreational weed in several US states. Many believe that the soothing high induced by smoking weed and its muscle relaxing effects can help elevate the experience of yoga and can greatly increase the meditative quality of sessions. Research into medicinal marijuana have shown the cannabis and in particular products containing CBS have high anti-inflammatory value and can be useful for relief from physical pain and anxiety. Huff, puss, pass, anyone? 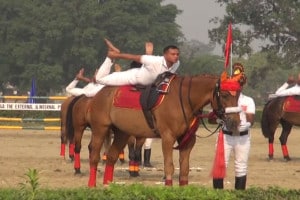 Much like Goat Yoga and Doga, Horse Yoga is a kind of yoga that involves sessions that include horses. The Doma India School in San Luis, Argentina came up with the concept as they believed that respectful and non-violent horse-taming can establish a meaningful bond between humans and animals. The motive is to gain the trust and loyalty of a horse (usually one that is intimate with the person) by engaging in yoga exercises along with the horse. If it sounds whacky, wait till you see it.

There you have it. A list of totally bizarre, alternate yoga styles to try out this Yoga Day. Be careful though, not all the things on the list may be beneficial for your body. But one thing is for certain - there's a kind of yoga for everyone.