'Khaali Peeli' song 'Beyonce Sharma Jayegi' featuring Ananya Pandey and Ishaan Khatter in a dance number was dropped on YouTube on Sunday and Indians are facing second-hand embarrassment over its racist lyrics.

It’s the season of online dislikes and the newest entrant to the list is a song called “Beyonce Sharma Jayegi” from the upcoming Bollywood movie Khaali Peeli.

The song featuring Ananya Pandey and Ishaan Khatter in a dance number was dropped on YouTube on Sunday and those who watched the video are facing second-hand embarrassment over its racist lyrics. In fact, a day after its release, outraged netizens posted tweets and comments apologising to the American singer for the song that goes like this: “Oh tujhe dekh ke goriya… Beyonce sharma jayegi,” which translates to After looking at you fair woman, Beyonce will feel shy.”

Incidentally, the song comes just a couple of months after the global Black Lives Matter movement, an online campaign in which our own stars participated and shared their anger with #BLM tweets to show solidarity with the George Floyd Protestors in the United States. 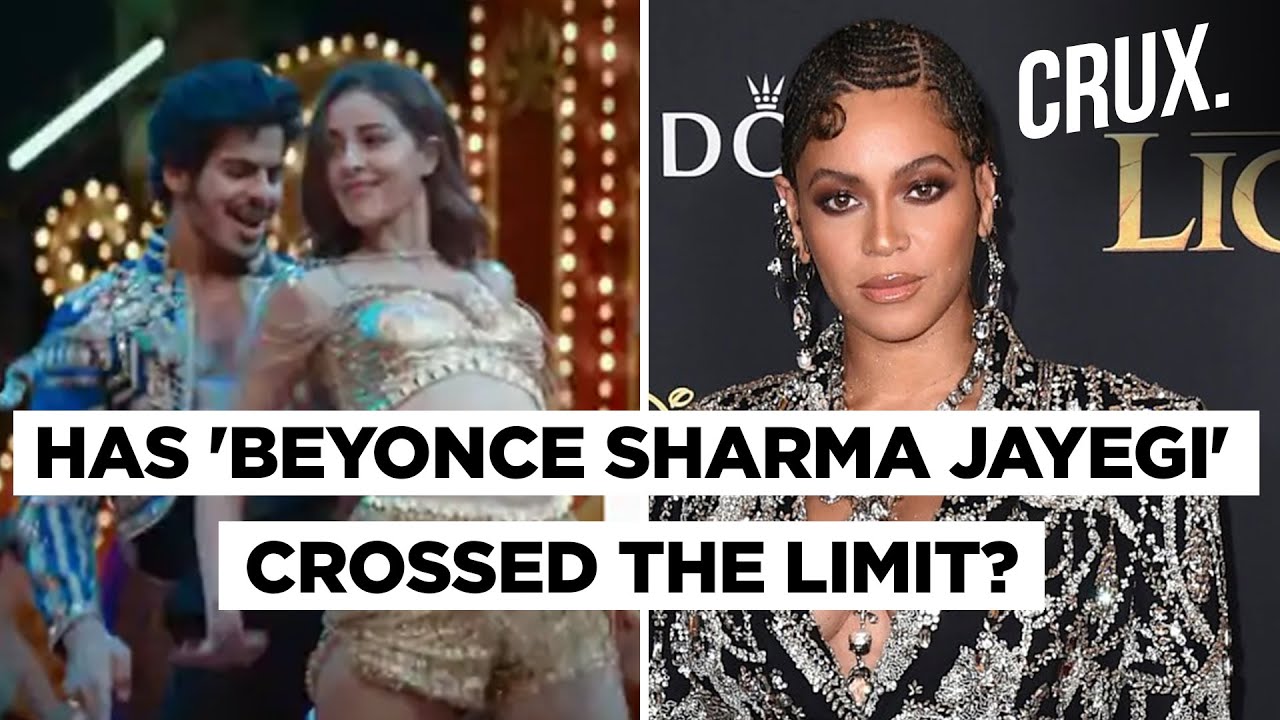 But Bollywood has seemingly missed the mark (yet again) and the “dislikes” on “Beyonce Sharma Jayegi” video on YouTube are growing by the minute.

At the time of writing, the track composed by the famous duo Vishal-Shekhar has been “disliked” over 150K times. The “likes” on the video, however, are merely 32K. For years, Bollywood has been criticized for its blatant portrayal of colourism and set-beauty standards. Their portrayal of ‘dark is ugly, dark is villain’ is unmissable. Even when the actors took to Twitter to show support for #BLM, the hypocrisy was obvious. The Internet called out on how the same actors have promoted fairness creams.

The song “Beyonce Sharma Jayegi” proves that Bollywood has learnt nothing. It didn’t help much that the track’s lyrics don’t cease to be problematic with just one sentence.

“Bhadkili nakhrili Chamkili Lachkili. Tu jo kamar ye hilayegi,” which roughly translates to “Gaudy woman with a lot of tantrums… When you move your waist”.

Last month, the trailer of Mahesh Bhatt directed Sadak 2 became the second-most disliked video on YouTuber after angered fans lashed out at the director and the industry in general for “promoting” nepotism and favouritism. The movie, which received the lowest IMDb ratings for a Bollywood film, starred his daughters Alia and Pooja Bhatt in pivotal roles.

Also Read: Sadak 2 by Mahesh Bhatt is Now the Second Most Disliked Video in the World, Beats Justin Bieber

Meanwhile, Khaali Peeli has been directed by Maqbool Khan and produced by Ali Abbas Zafar and Himanshu Mehra. While the story is by Maqbool Khan, the film is written by Yash Kesarwani and Seema Aggarwal.