LJP's Chirag Paswan is being trolled for a viral video which went viral a day ahead of the first phase of Bihar Elections 2020 | Image credit: Twitter

Leaked ahead of Bihar Elections, the viral video shows Chirag Paswan rehearsing while cracking jokes beside a portrait of his late father and LJP leader Ram Vilas Paswan.

LJP leader Ram Vilas Paswan, who passed away on October 8, was one of the most influential Dalit leaders of Bihar after Jagjivan Ram. On his funeral, the following day, his son and Jamui MP Chirag Paswan was filmed rehearsing to record a video message while standing beside Paswan's portrait.

In the candid video shot before he got his head tonsured as a sign of bereavement, Chirag can be seen joking, talking about 'cuts and edits' in Bollywood parlance, and even the 'texture' of hair, as he stood in front of Paswan's smiling portrait. 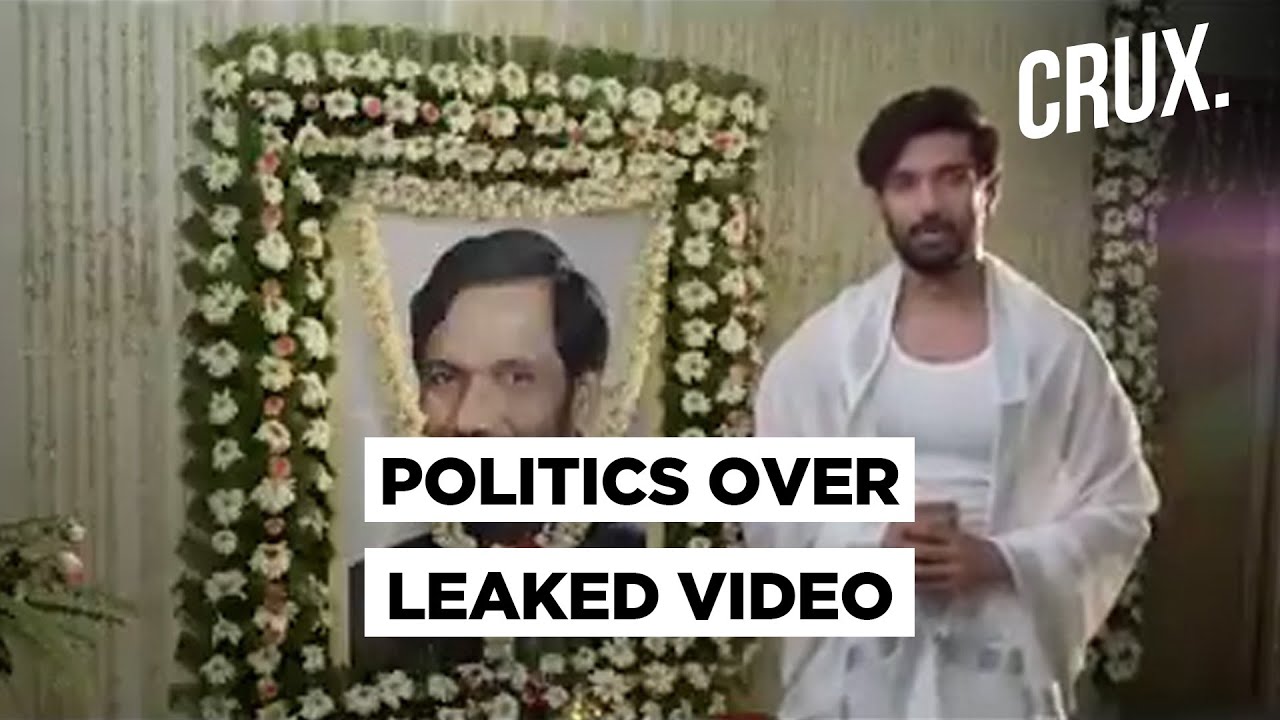 The video was leaked days after Chirag claimed he carried PM Modi in his heart after being warned against using PM Modi's portraits and images for campaigning.

The 2-minute video has since gone viral on social media with many slamming the 37-year-old Jamui MP for posturing to mourn. Senior SC advocate Prashant Bhushan also shared the video, adding, "Chirag Paswan performs in front of his late father's portrait. He should get a stab in Bollywood!"

I don't know how many seats LJP will get in the upcoming elections but Bollywood has lost a brilliant actor.WHAT A PERFORMANCE CHIRAG PASWAN JI! 👏👏👏 pic.twitter.com/JYVh2RT50O

Chirag Paswan performs in front of his late father's portrait. He should get a stab in Bollywood! pic.twitter.com/sAXBJxnRFE

Poor Chirag Paswan lost the plot!!! Whoever leaked this video did gross injustice to his political career pic.twitter.com/BPtog2N5bP

The video was shared on social media a day before the first phase of polling began across 71 seats in Bihar. In a statement, Chirag has said that he suspects CM Nitish Kumar's hand in this. Chirag, who has pulled out of the NDA in Bihar vowing to oust Nitish Kumar from power while, paradoxically, helping his junior ally BJP in the state to form the next government, reacted with indignation and accused the JD(U) President of "stooping so low".

In more recent media interactions, Chirag has tried to focus on questioning Nitish Kumar about the lathi-charge in Munger and said that the CM was playing the role of General Dwier in the Jallianwala Bagh massacre.