News18» News»Buzz»Blast From the Past: A Clip From the Brit Sitcom 'Yes Minister' That Explains Why UK Joined 'EU'
1-MIN READ

Blast From the Past: A Clip From the Brit Sitcom 'Yes Minister' That Explains Why UK Joined 'EU'

This show is relevant, even today!

The much debated 'Brexit' is now a reality. In a referendum, which saw a voter turnout of close to 72%, the citizens of Britain have voted to no longer remain a part of the European Union. Britain joined the then European Economic Community in 1973 under the reign of Tory Prime Minister Edward Heath. In 1975, Labour Prime Minister Harold Wilson held a referendum on Britain’s membership in the EEC. 66% of the people voted to stay.

But that has been reversed today and UK is officially the first country to leave the European Union. There has been a lot of talk about the entire issue for days now. The people, the politicians, John Oliver and even cats have given their two cents on this matter.

Twitter was filled with chatter about the negative implications of 'Brexit', jokes on it and one one small clip from the 1980s British political sitcom 'Yes Minister'.

The clip shows Sir Humphrey Appleby, a main character from the show, explaining to Jim Hacker, the fictional Minister of the Department of Administrative Affairs, as to why UK had joined the European Economic Community in the first place: To divide and rule. 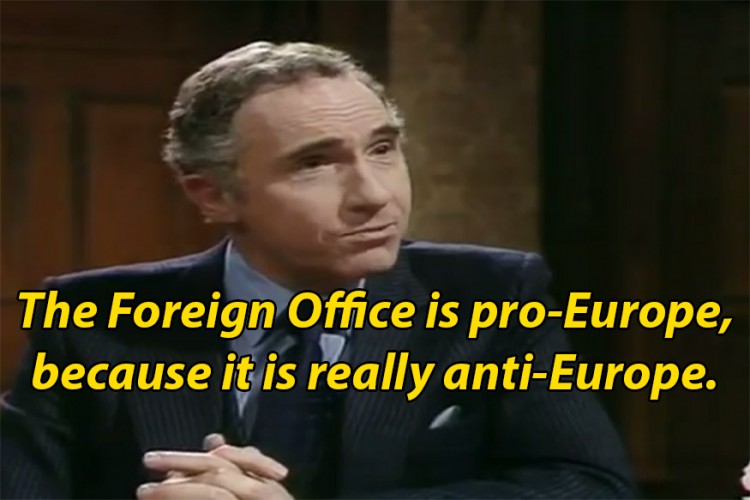 Sir Humphrey explains how the British objective to enter the EEC was simply to destroy it from within. And they have been doing that to Europe successfully for the last 500 years. When the thoroughly dumbfounded minister asks him if this was their objective all along, then why were they lobbying for increased membership in the EEC, Sir Humphrey provides a funny but chilling enough explanation. The political satire was of course satire, but this does get one thinking: Could this have been a motive all along? This clip aligns with the present political narrative and proves that good old caustic British comedy is always relevant and funny. Watch the clip here: