Home » News » Buzz » SUNDAY FEATURE | Bollywood and Cricket, the Mystery Behind the ‘Indian-ness’ of Afghans in Delhi
6-MIN READ

SUNDAY FEATURE | Bollywood and Cricket, the Mystery Behind the ‘Indian-ness’ of Afghans in Delhi

India's mini-Afghan colony is a mix - a coming together of cultures to create a blend that is both familiar and foreign.

An extremely familiar waft draws you to the by lanes of the Afghan colony. But you can’t place it. The sign says Al Naseeb, first in English, then in Persian. Inside the restaurant is a glass display case of dry fruits — cashews, walnuts and dried pineapple which put an image and name to the familiar smell outside.

At one end of the restaurant is a middle-aged Afghani man — following a live cricket match on his phone. 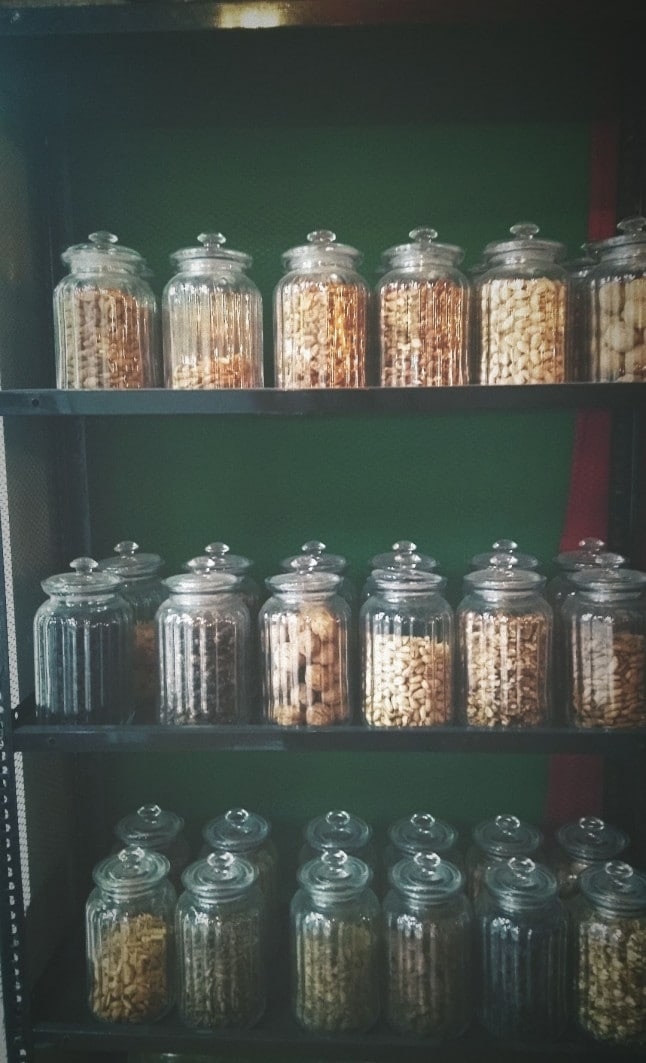 “Mirwais, what’s the score?” the owner, sitting behind the counter asks.

“Afghanistan won,” a customer replies in clear Hindi. The owner laughs. The match is far from over.

Ameeri, who is there to grab lunch, has been in India for a little over two years now, but his Hindi doesn’t have much of an accent or hesitation. Back home in Kabul, Ameeri was a huge fan of Bollywood movies, which was his primary source of learning Hindi. Living in Malviya Nagar in New Delhi, the skill has come to much use now.

Afghanistan played its first ever Test match against India on June 14 in Bangalore. India may have won by a huge margin but the match was a historic landmark of sorts for Afghanistan. The country had achieved full-member status of the International Cricket Council last year, becoming the 12th Test team. All of this despite conflict at home which has forced them to train in India since 2015. And while this may be big in the field of cricket, the Afghanis residing in New Delhi’s Afghan Colony in Lajpat Nagar remain unperturbed.

“If I go to a restaurant and the TV is playing some cricket match of Afghanistan, then I watch it,” Ameeri said. “But usually there is no TV. And usually, there is no time.”

For Ameeri, who was been in India waiting for a visa for Germany for two years now, cricket doesn’t always factor into his busy life.

“My wife is in Germany. I am waiting to join her. As much as I want to be supportive of my country and that they are finally getting to play cricket, I don’t have the time. I have more work than spare time nowadays,” Ameeri stretches, pays his bill and leaves.

Ameeri may have stated that Afghanistan had won, but he didn't even know who was playing.

The owner of Al Naseeb, Massiullah Hazrat, follows cricket with a little more passion. Although unsure when the Test was supposed to be held, he said, “Rashid Khan is very popular now. We are proud of him."

Massiullah, who is also from Kabul, has been in India for several years now. For him too, Bollywood is a predominant factor for his improved Hindi. He also said that most theatres are houseful when Hindi films release in Kabul. “It’s not the same with Pashto films,” he said.

Massiullah’s interest in sports has dwindled with time — back when he was in Kabul, he followed football a lot more. As a young boy, it was football stars like Ronaldo that he looked up to. He mentions how his friends call him ‘Messi’ —short for his name Massiullah.

“Not a lot of people follow cricket,” he muses. “The sport is developing now slowly, but there is very little interest.”

More than sport and Bollywood movies, Massiullah is more swayed by the emotion that he feels in New Delhi. He feels there exists a sense of ‘brotherhood’ that didn’t exist back home.

“Even though I am here without my family, my friends: both Indian and Afghani, give me a sense of a community — that I belong somewhere,” he said. 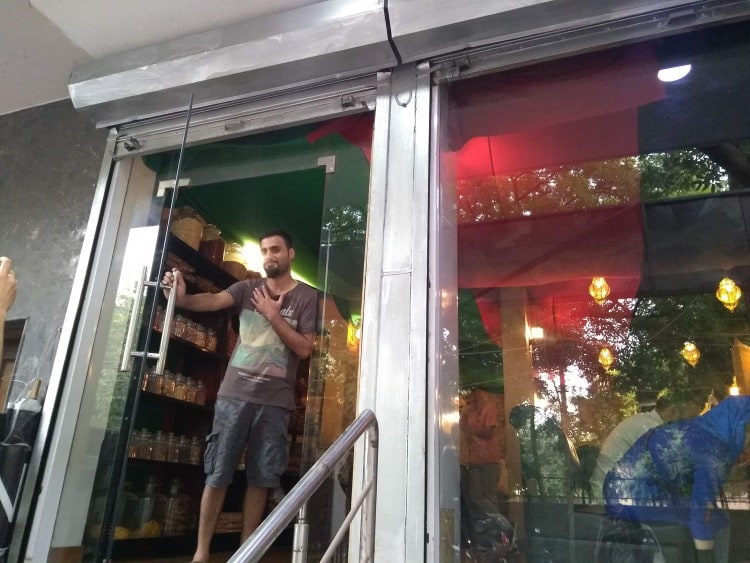 At 25, Ali is younger than the general crowd at the restaurant. He says that in Afghanistan, one doesn’t really go out to eat much, which people do a lot in India. “Here, you bond over food and sports and common interests,” he said.

“I have stopped watching TV completely after I moved away from home — so my touch with sports has also drastically reduced. But I knew there was a match today because my friends on Facebook posted about it,” he added.

Ali, who hails from Kandahar in Afghanistan, has lived in India for a little less than two years. He wants to travel and live in other countries in the world and saw India as a temporary stop — but found himself wanting to stay here.

Delhi may be very different from Afghanistan in terms of climate, and more often than not, Ali finds himself escaping to the nearby hill stations of Mussoorie and Nainital. “The hills remind me of home,” he said.

Ali feels that even though the Afghanistan cricket team practices in the Greater Noida stadium in India, it is hard for Afghanistan players to actually progress. They come from a war-torn country where cricket is banned under Taliban rule, with a bombing as latest as May. Perhaps, the reason for the limited awareness around the sport is because it has been hard for it to develop.

“But it is a big opportunity,” he said. “Someone like Rashid Khan must have idolized Dhoni while growing up. And now he gets to play against him.”

For Ali himself, growing up in Afghanistan, football was more popular. All you required was space and a ball – there were no rules, no definite scores to keep, nobody to judge. He recounted evenings where he waited for curfews to be lifted so he could go out to play.

Another common sport was kite-flying. He said it was almost a ritual to go fly kites every evening.

“As young boys we would have small, sharp cuts on our fingertips – from holding onto the thread with all our strength,” he said.

But what Ali finds most amusing in India is how Afghanis have turned into ‘Indians’. “I see my friend’s children – and I cannot recognize them as Afghani.” The first time Ali met the kids of his friends, he assumed that they were Indian – they were speaking fluent Hindi and playing a game of cricket.

“They appear more Indian than Afghani,” he laughs. “During cricket matches I see them cheering for India with more passion than they have for Afghanistan.”

For Ali and much of the younger generation, it has been a slow assimilation into the culture of India. Delhi, itself, is a melting pot of a mixture of people from all around the world – and to fit in is easy, as Ali states. “People accept you as you are.”

And in India, where cricket is more of a sentiment than a sport, this sentiment affects everyone around them.

He remembers the time from his visit to India about six years ago when India was playing a match against Afghanistan. When India won, “people from both sides started celebrating and running across the street to tell more people,” and even though Afghanistan had lost, “that sentiment of everyone celebrating, that atmosphere made me feel like it was my country that had won.”

“Even though we don’t follow sports all that much, we understand the feeling,” Ali adds.

For the Afghans living in New Delhi’s Lajpat Nagar, India has gradually crept into their culture– in their cuisine, language and even cricket.