BTS Is the Most Talked About K-Pop Group in India, Finds Twitter Study

With BTS' global popularity, it isn't a surprise that they're the most talked about K-Pop group in India, or otherwise in the world.

In 2017, when K-Pop boyband BTS sang ‘mianhae Billboard, mianhae worldwide,’ in their track Mic Drop about breaking all records, they really weren’t kidding.

As K-Pop becomes a global phenomenon breaking music charts worldwide, India’s enthusiasm in K-Pop is also not too far behind!

A survey by Twitter partnered with K-pop Radar to release K-pop data across 20 markets to show how the passionate global K-pop community shares their love and connects with their favourite artists around the world. The data collected between July 2019 to June 2020, shows that India ranks 11th among the top 20 markets for #KpopTwitter – both by unique voices and by Tweet volume.

The data by K-Pop radar also found that BTS (@BTS_twt) was the most mentioned K-pop artist in India, followed by EXO (@weareoneEXO), TWICE (@JYPETWICE), TXT (@TXT_members) and GOT7 (@GOT7official). 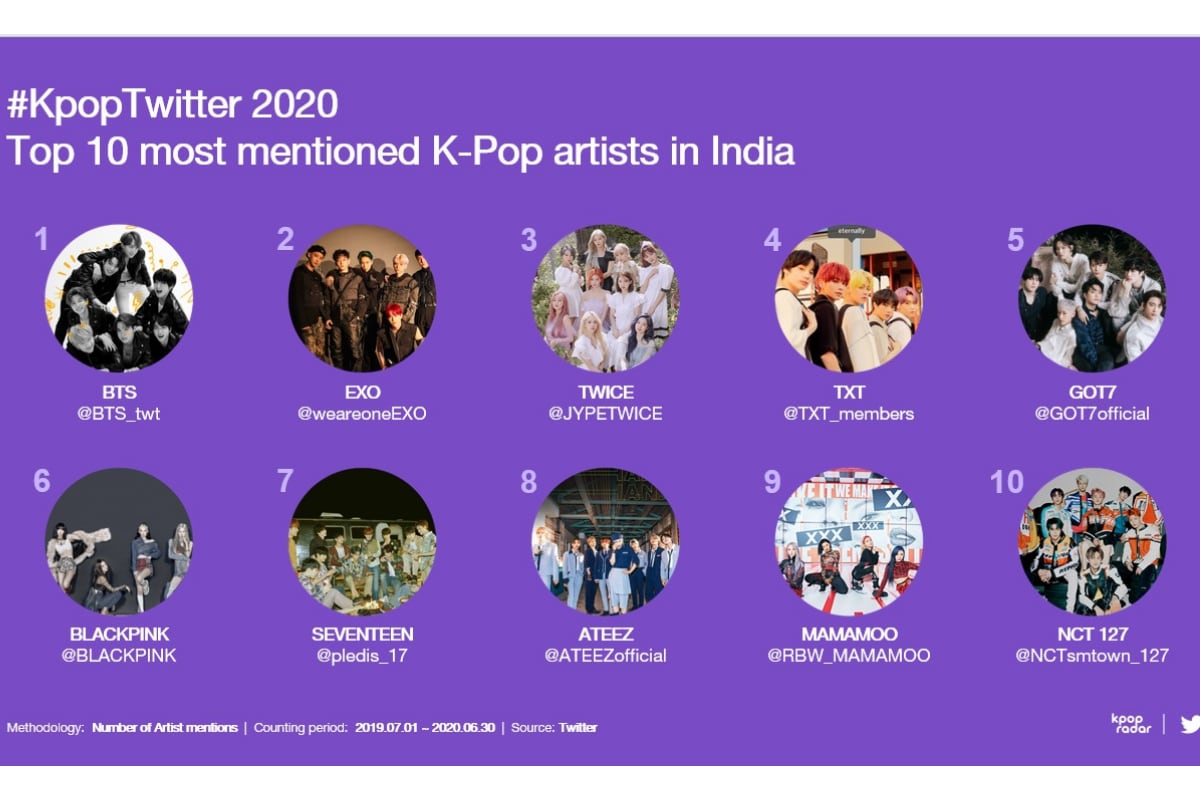 Other than BTS, EXO’s song Obsession won over Indian fans, becoming the #1 most mentioned song in India in the last one year. Five out of top ten mentioned songs were from BTS. In fact, BTS’ latest single #Dynamite garnered over 46 million Tweets after the Billboard Hot 100 win.

K-pop fans come to Twitter to get the latest updates from the artists they love, connect with other stans anytime and anywhere in real time, and express their appreciation for the music. Recently, Bollywood singer Armaan Malik and actor Tiger Shroff confessed their love for BTS’ (@BTS_twt) #Dynamite on Twitter with a cover and dance routine respectively.

Everytime a new song releases for any fandom, fans of the group usually tweet it multiple times to get it trending. With Bangtan Sonyeondan’s global popularity, it isn’t a surprise that they’re the most talked about K-Pop group in India, or otherwise in the world.

True to their own words, they’re really bultaoreune.