Jayadithya Shetty, who hails from Mumbai, who is just 11, won the famous Memoriad Turkey Open Championship, 2019. The championship is one of the most sort after competition in the field of Maths, Memory, mental maths and speed reading. He now holds the world records in Kids category in Mental Division (10 Digits by 5 Digits) and Binary Digits (5 Minutes).

He has showcased his prowess in the international arena against 163 competitors from 13 countries, with a podium finish in both kids as well as open categories at the championship. He won 6 trophies and 9 medals – including 6 Gold, 1 Silver and 2 Bronze medals, and established new world records. He won in categories like Mental Calendar Dates, Mental Square Roots (6 Digits),

In 2020, he participated The Junior Mental Calculation online World Championship, Germany on 19th & 20th September 2020 and won a Silver Medal. He missed the perfect score and Gold by just one sum.

He had participated in the Juniors 1” (ages under 12) category in which 65 Contestants represented countries like Algeria, Bosnia & Herzegovina, Bulgaria, India, Serbia, South Africa and the United Arab Emirates

On 1st and 2nd December 2018 he participated in The Memoriad Turkey Open Championship 2018 held at Istanbul, Turkey. Jayadithya participated in 8 different Mental Math and Memory Categories and bagged 1 Gold Medal with a Trophy and 3 Silver Medals. Jayadithya thinks of himself as a “Mathlete” and has made a lot of fans worldwide with his performance and genius. He is inspired the most by Mr Eusibius Noronha, Mr Melik Duyar and Late Mrs Shakuntala Devi and other international mathletes like Yusnier Viera, Jeonghee Lee and Melik Duyar. When he is not being a mathlete, Jayadithya is a die-hard fan of Indian cricket team captain, Virat Kohli. "I'm extremely happy to be awarded as a Young Genius as a recognition of my achievements and am thankful to the esteemed jury and Byjus for creating such a beautiful show," he says. "I enjoyed interacting the very Gracious host Anand and Guest Soha Ali Khan."

He is proud of the beautiful Trophy and is excited to use the 1 years Byjus Subscription he has been awarded with. Jayadithya surprised Soha Ali Khan by correctly guessing which day of the week it was from a random date - simply from a calculation. 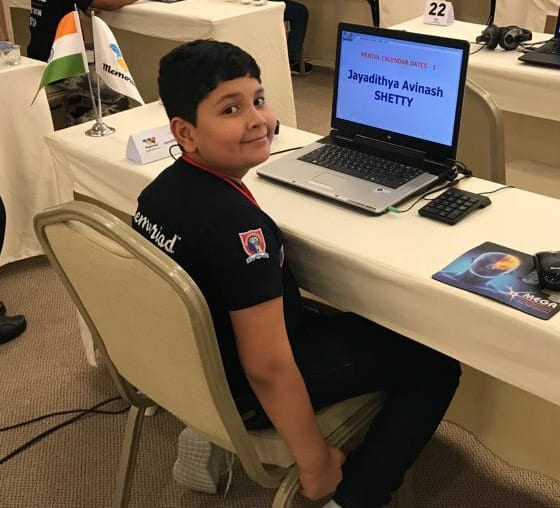 Avantika Kambli has participated in mental calculation championships in Germany, Dubai, Turkey, Singapore making India proud. In the recent Dubai Mental Mathematics International Championship, she won the YOUNGEST ACHIEVERS AWARD; with SILVER medals in two categories - Open and Kids. She has demonstrated amazing memorization and calculation skills at these competitions.

In the prestigious 2019 MEMORIAD TURKEY OPEN CHAMPIONSHIP she ranked No. 2 In Both Categories Open and Kids, in the 6 Digit Imperfect Square Roots category. Avantika has also consistently solved a 3x3x3 Rubik's Cube blindfolded in under 20 seconds, and solves both a 2x2x2 Rubik's Cube and standard Pyraminx in a jiffy. 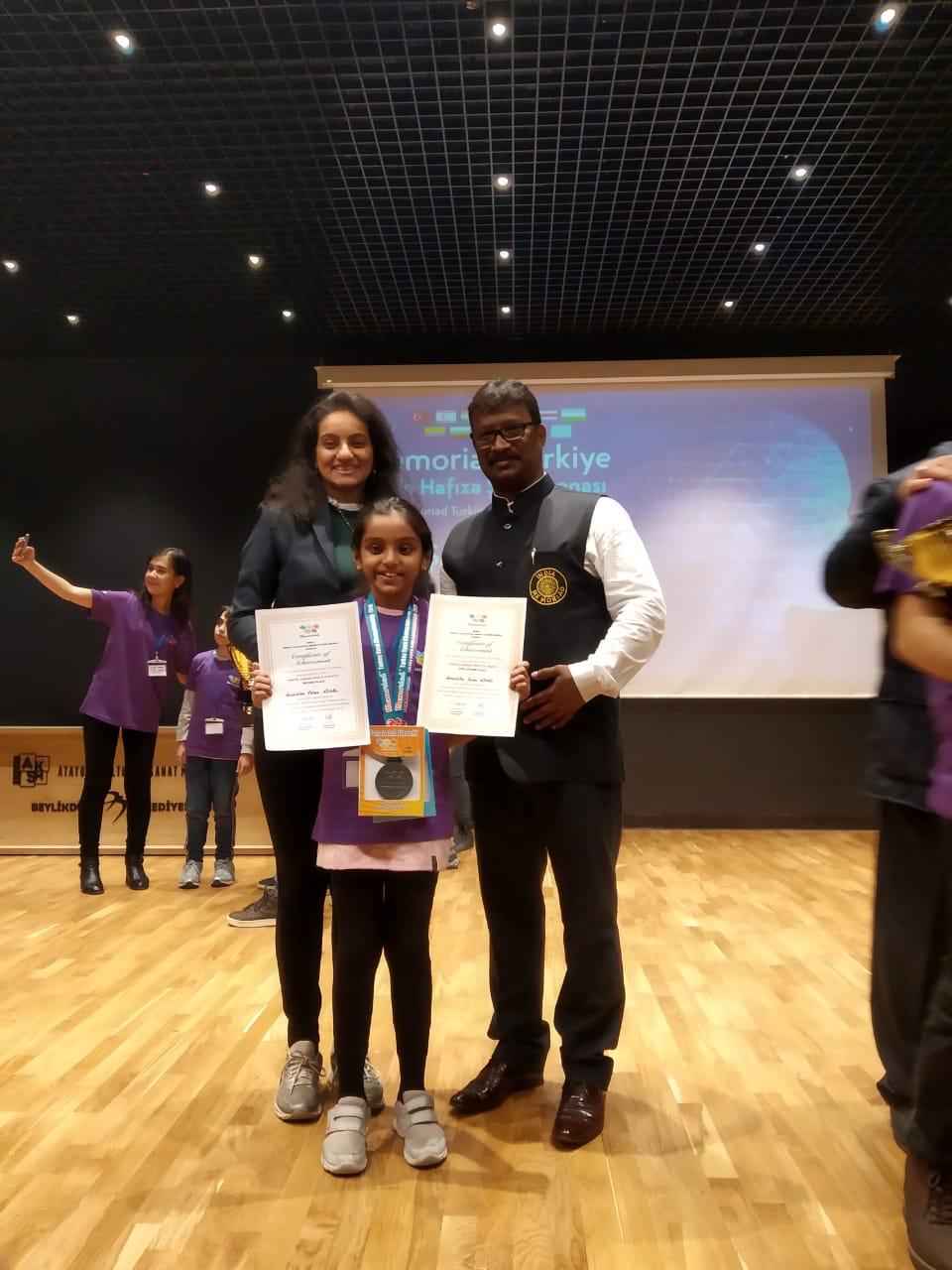 Avantika's journey started young, when she was memorizing numeric tables, and did it in a jiffy. Following which, her parents enrolled her in a class for higher Math, which she aced. Her current specialty is square roots of numbers. 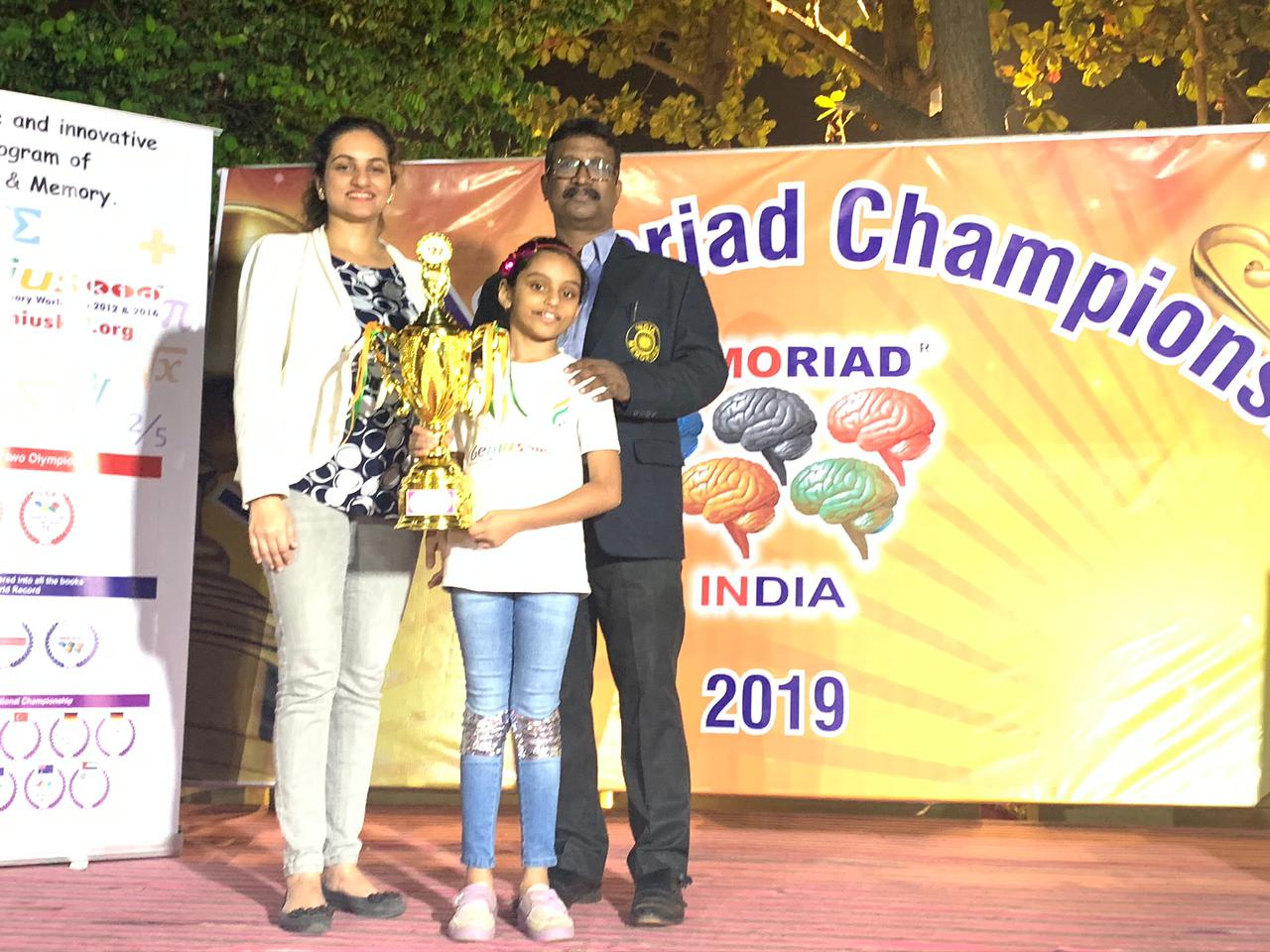 "I'm very glad I got to interact with Soha Ali Khan ma'am." shares Avantika. She also shares that she wants to be the next "Shakuntala devi." Avantika was also supposed to represent India in Olympics 2020, but owing to the pandemic, she had to wait. She will be representing India this year in Dubai.

On the show, Avantika stunned the guest Soha Ali Khan by solving a Rubik's cube while hula-hooping.

Chirag Rathi is currently 15 years old, and has the ability to add, subtract and multiply numbers upto 20 crore so far. He can calculate Tables upto 40 Crore and square and square root, cube and cube root upto 100 crore. And he can do this within a couple of seconds.

Dubbed as the wonder kid and the math wiz, Chirag is the child of a farmer from a small village. Given his prodigious ability with number he is already drawing comparisons to legendary mathematicians such as Shakuntala Devi. Since he is not financially strong, he hasn’t been able to take part in international Olympiads etc. Chirag has not undergone any kind of special training / coaching and has learnt everything on his own. His talent was discovered by his school Staff and principal when he was in the fourth grade. His abilities resulted in an accelerated promotion, and soon the news of this child prodigy’s abilities spread like widfire across the villages, and Chirag became famous.

Currently in Class 11, Chirag shares that he studies at the same pace as his classmates, and doesn't feel he's ahead of them. He hopes he can make India proud in international competitions soon, and bring recognition to his village. When he is not working on his ability, Chirag loves watching cricket. His favorite cricketer is Mahindra Singh Dhoni.

On the show, he shared that his future goal was to invent a formula in a way that the same way he likes math, other kids too, can enjoy the subject as much.