The third episode of BYJU'S Young Genius will focus on the achievements of 'App Whiz' Anubrata Sarker and drumming maestro Steven Samuel Devassy.

The next episode of BYJU’S Young Genius will feature child prodigies - App Whiz Anubrata Sarkar, who is just 10 years old, and drumming maestro Steven Samuel Devassy, who is 14. The duo will be mentored by music director Vishal Dadlani and Padma Shri awardee Mohandas Pai.

Steven is the youngest child in the world to complete the grade 8 drums exam from the Trinity College of London… and he did so with a record score. He holds the record for being the ‘Fastest Child Drummer’. Despite his young age, Steven has been invited by several leading music academies from the USA. Steven Samuel Devassey with his family including mother, father and sister.

Steven is thrilled to appear on the show. “I feel honoured to be receiving this award. I wish to thank my family for all the support they have given me," Steven said.

While playing from the age of 3, Steven officially began his music career training under the mentorship of his guru, Sivamani at the age of five. “Sivamani uncle was a great influence on me. Another was my uncle Stephen Devassey, who is a pianist. These people inspired me from a young age to pursue music," Steven tells News18.

At the age of 12, he formed his own band called ‘Superkids’ which consisted of him and two other young musicians. Today, Steven is also a part of a band lead by the Grammy-nominated artist Uppalapu Rajesh. Steven and his sister with their unlcle Stephen

Steven has already performed in concert AR Rahman’s KM Music Conservatory and International Film Festival, Mumbai. His song – 10,000 reasons - has more than 40 Million views on YouTube. “My dream is to win a Grammy award for one of my own compositions," he said.

The other child prodigy to be featured in the episode is Anubrata Sarkar.

Known as the ‘App Whiz’ or Wonder Kid of Bengal, Anubrata has been making apps since the age of eight. He already has 7 approved apps to his credit.

“I love making apps and coding has been my passion ever since I can remember. I’m glad that through the medium of this award, I have got the opportunity to tell the world about the work I do," Anubrata said.

The apps developed by Anubrata include a utility app, QRT Code Scanner and Brick-o-met, chat app ”Meet”, and gaming apps Legendary Runners, Pinch Hitter batsman, and Ludo Ship. All of Anubrata’s apps are available for download at Google Playstore and is being downloaded by many. Meet app is a big hit. Anubrata and his family including his mother, father, and sister.

“I have recently also developed a weather app called Weather in Celsius and Police Alert, an app to help police personnel," he said, adding that his mission in life was to help people.

“When making an app, I think about what are the needs of humans across various walks in life. Then, through insight mining, I arrive at the app I want to make," Anubrata said. 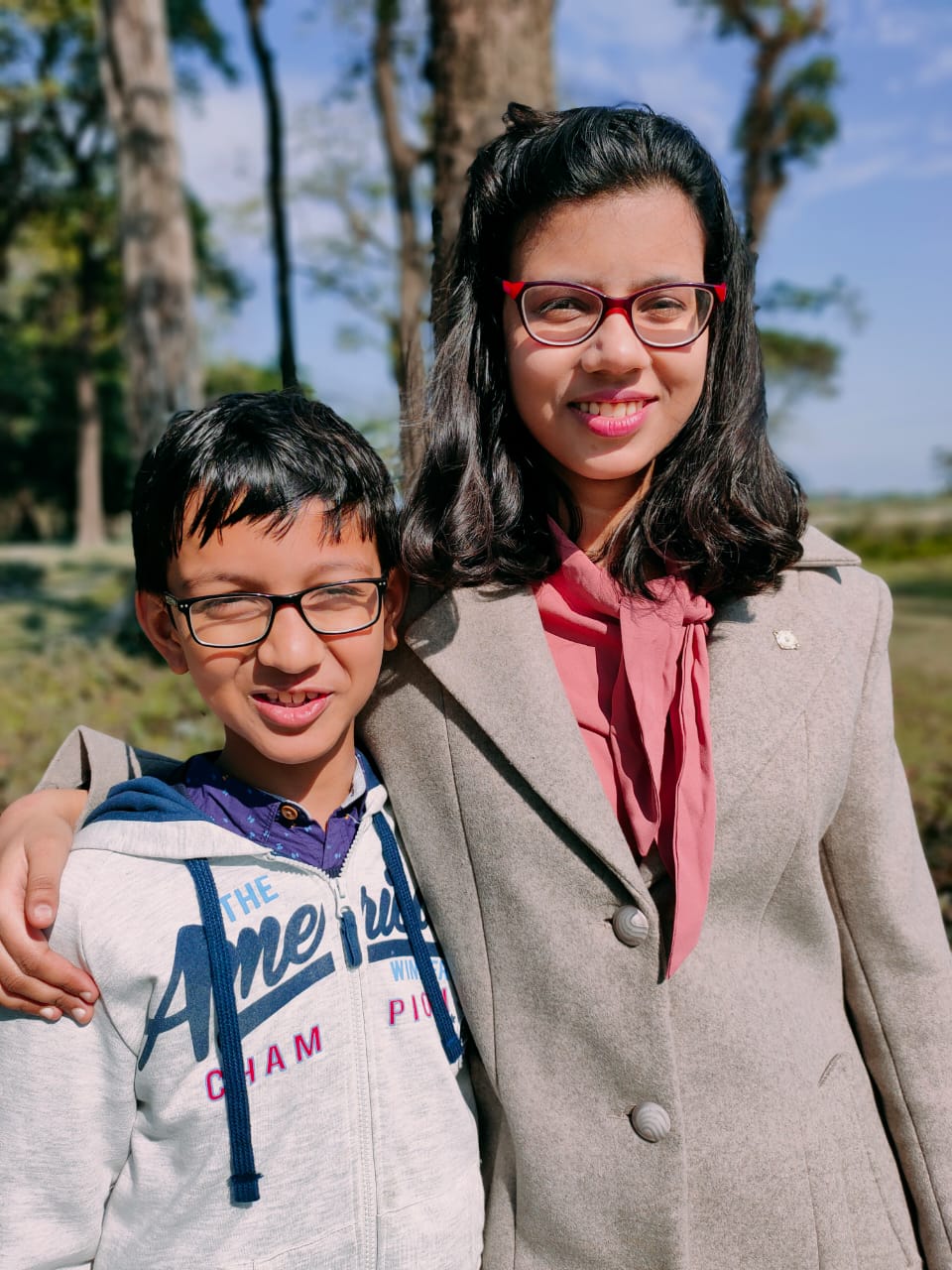 Anubrata with his sister.

The self-taught child prodigy comes from small-town Alipurduar in West Bengal and has learned from the books which he borrowed from the library. He learned coding, reasoning, and mental Maths with the help of online classes and Google searches.

The ‘wonder kid’ said he was delighted to be receiving the Byju’s Young Genius award as it would help him inspire other children to take up coding and app development as well.