Late on Sunday, Churchill's statue in London was vandalized and 'Churchill was a racist' was written on it.

Winston Churchill is known for being an army officer and Prime Minister of the United Kingdom from 1940 to 1945, when he led the country to victory in the Second World War, and again from 1951 to 1955, if you read Western history.

In India, he’s remembered as the person who caused the Bengal Famine of 1943, which resulted in an estimated death of 2.1–3 million people in modern-day West Bengal and Bangladesh.

Late on Sunday, the statue on Churchill London’s Parliament Square was been defaced with Churchill crossed out with black marker pen and the words “is a racist” underneath.

Protesters have also pinned a poster to the memorial with the words “Black Lives Matter.” 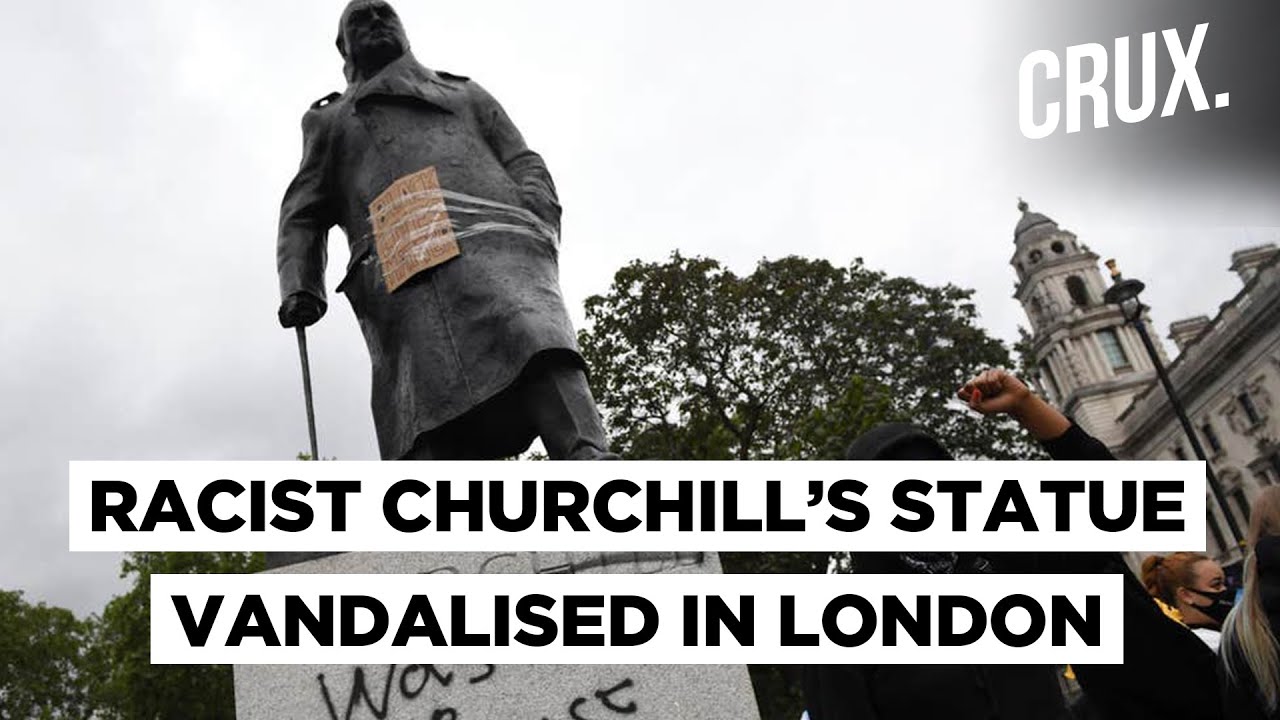 While the vandalism of the statue started a debate on Twitter about defacement of property, several people pointed out that the defacement wasn’t actually incorrect, historically.

Tommy Robinson fans with swastika tattoos are upset that someone sprayed “Winston Churchill was a racist” on a plinth. You couldn’t make it up.

Me: Some people are upset because I said Churchill was racist.

Sarah: But he WAS racist.

3 million people died in the Bengal famine as a direct result of Winston Churchill’s crimes. Do they teach that in colonial history in UK schools?

India: Churchill claimed “I hate Indians. They are a beastly people with a beastly religion”. Churchill seized millions of tons of inessential rice to send the Middle East. Four million Bengals starved to death, and he said ‘famine’ was their own fault “for breeding like rabbits”

“What’s next?! Tearing down statues of Winston Churchill?!”

Well, now that you’ve mentioned it…

Let’s talk about one of the most widely celebrated genocidal racists in European history.

“I hate Indians. They are a beastly people with a beastly religion.”

When Indians begged for food, Churchill said it was their fault for “breeding like rabbits”.

The Bengal famine 1943: British Policy under Churchill saw the estimated death of over 3 million people.

His reply? Their fault for “breeding like rabbits” pic.twitter.com/Qlz5V2xXSk

No. They are treating Churchill exactly the way he deserves to be treated

He was blindingly racist to Indians, killed at least 4mn at one go during the Bengal famine because everything from India was directed towards war efforts.

White ppl need to stop calling him a statesman. https://t.co/3MSIVHkUgg

He caused the Bengal famine, killing millions of people. Just because they weren’t white, it doesn’t mean their lives didn’t matter. Men, women and children. Millions of them. That’s on his hands. pic.twitter.com/iWTRXyWdyu

At least 3 million Indians died due to churchill course of action during Bengal famine in 1943 .he told “I hate Indians, they are beastly people with beastly religion. “also he said ” The famine is entirely their fault for breeding like rabbits “churchill is a murderer. pic.twitter.com/IzpwaKW9oy

Not his finest hour!
Yesterday #BlackLivesMatter protesters defaced a statue of Winston Churchill in London.Churchill was responsible for the Bengal famine of 1943.He often made disparaging comments about Indians,“I hate Indians.They are a beastly people with a beastly religion.” pic.twitter.com/SwoOLRmvAK

Churchill’s genocide horrified his own cabinet. It’s called the #BengalFamine

Britain didn’t stand alone as the empire provided resources inc cannon fodder. Our ancestors fought for freedoms they did not have. We also fought & won them from UK.

Churchill was a war criminal https://t.co/ApYDzQSeea

At least 3 million Indians died due to Winston Churchill’s course of action during the Bengal Famine of 1943 in India. “I hate Indians,” he told the Secretary of State for India. “They are a beastly people with a beastly religion.” The famine was their own fault.
Racist enough? pic.twitter.com/WWwXiE8kqu

In fact, even Google shows how now people searching for Winston Churchill across India see a result of ‘Bengal famine.&#8217;<script src="https://ssl.gstatic.com/trends_nrtr/2213_RC01/embed_loader.js" type="text/javascript">

“Churchill engineered the Bengal famine in India, 1943. “I hate Indians. They are a beastly people with a beastly religion.”
When Indians begged for food, Churchill said it was their fault for “breeding like rabbits”. 4 million Indians starved to death,” tweeted another.