Kamra in January this year faced flight ban of six months by major airlines of India after he heckled Armab Goswami on an IndiGo flight from Mumbai to Lucknow.

Comedian and political satirist Kunal Kamra has run into trouble again, this time in contempt of court case over his tweets. Kamra had tweeted after the Supreme Court granted interim bail to Arnab Goswami, editor-in-chief the Republic TV. Attorney General KK Venugopal has given consent to a law student and two lawyers who want to sue
Kunal Kamra for criminal contempt.

“The tweets which I am extracting below are not only in bad taste but clearly cross the line between humour and contempt of the court,” said Venugopal in his letter to one of the applicants who had sought consent of the top law officer for initiation of contempt proceedings against Kamra.

“I therefore grant consent to proceed by way of initiating contempt proceedings against Kunal Kamra,” Venugopal said in his letter. 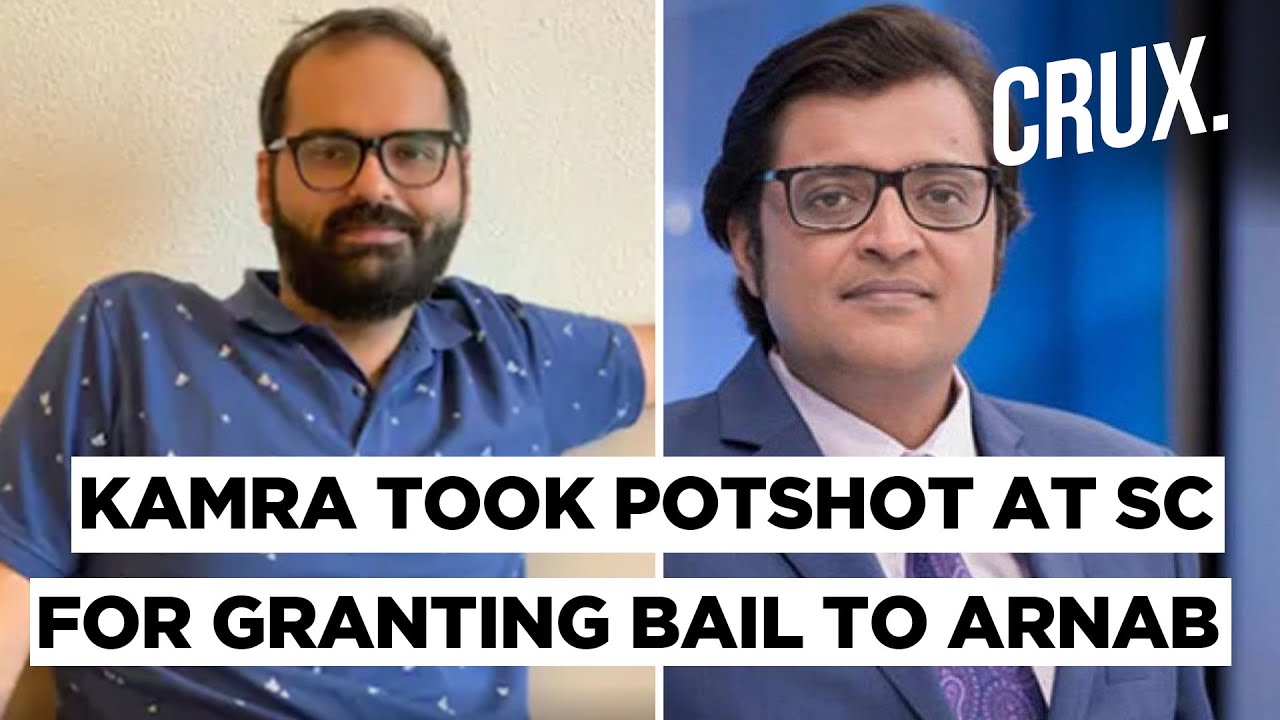 In one of the letters seeking Attorney General’s consent for initiation of contempt proceedings against Kamra, three lawyers have claimed that he allegedly attempted to lower the authority of the Supreme Court of India through his tweets after the apex court had granted interim bail to Republic TV Editor-in-Chief Arnab Goswami.

With his share of controversies and fame on social media, this news immediately got the attention of the netizens who responded to the news in their own signature ways.

If you don’t like Kunal Kamra’s tweets, don’t read it.

Kamra isn’t new to controversies and is known for his criticism of the government and certain section of the media. In fact, Kamra in January this year faced flight ban of six months by major airlines of India after he heckled Armab Goswami on an IndiGo flight from Mumbai to Lucknow.

In the clip that was shared by Kamra himself, the comedian met the journalist on a flight and confronted the latter who chose to ignore him throughout the encounter. Kamra can be seen trying to provoke the journalist and get a few words out of him; he throws multiple questions at him and mocks him in order to get the news anchor to speak, which he does not.

Following the incident, the video went viral on social media with netizens divided as to whether Kamra’s actions were justified. While some felt that this was much needed, others opined that he went overboard with his incessant questions.

He was also engaged in a Twitter war with actress Kangana Ranaut after the comedian took a dig at her and compared her with Indian yogi Sadhguru. Kangana had called show business “absolutely intoxicating” and that the “make believe world of lights and camera is designed to make one live and believe in an alternate reality, a little bubble of their own, it takes a very strong spiritual core to recognise this delusion”.

Kunal retweeted it and wrote: “Wisdom via showman Jagga Jasoos AKA @SadhguruJV.” The actress then retweeted Kamra’s tweet and wrote: “These fools are desperate to credit my struggles, intellect, spiritual depth, guts, success and achievements to some powerful man, how it hurts their fragile egos and cotton balls to admit that I am my own person, leading my life on my own terms. DEAL WITH IT.”