Rahul Gandhi called the BJP's definition of GST a 'Gabbar Singh tax' while addressing a rally in Ahmedabad. Soon after his remarks, Congress' IT cell churned out many Gabbar-GST memes.

It's 2017 and seeing Gabbar Singh, one of Bollywood's greatest villains of all time, all over social media feed would make one wonder if Ramesh Sippy is actually planning a sequel of 1975's cult-classic Sholay. No, that isn't the case, unfortunately.

Gabbar is back again because of Rahul Gandhi. Addressing a rally in Ahmedabad, Gandhi hit out the Bhartiya Janata Party over bribe allegations levelled by Patidar leader Narendra Patel, Rahul said that the youth of Gujarat was not on sale, no matter how much money the government wished to spend.

"The government is trying to suppress the voice of Gujarat, and when they failed they tried to buy the voice of Gujarat," he said. On Goods and Services Tax (GST), which has led to massive protests by the trader community in Gujarat, Rahul called the BJP's definition of GST a "Gabbar Singh tax".

After Gandhi's definition of GST, Twitter became innovative and came forward to lend in more full forms of the tax. While some called it "Gayi Salary Tax", others called it "Ghoom Saariduniya Tax."

Rahul Gandhi warns Kalia, the #GabbarSinghTax inspector. Ramesh Sippy did explain it 42 yrs ago. Watch it till the end. Thanks! #GST 😂🙏 pic.twitter.com/dbFFFwapjw— Gaurav Pandhi (@GauravPandhi) October 23, 2017

Now, Congress' IT cell has gone full meta on Gandhi's Gabbar-GST reference and made some memes on the "villain" tax. 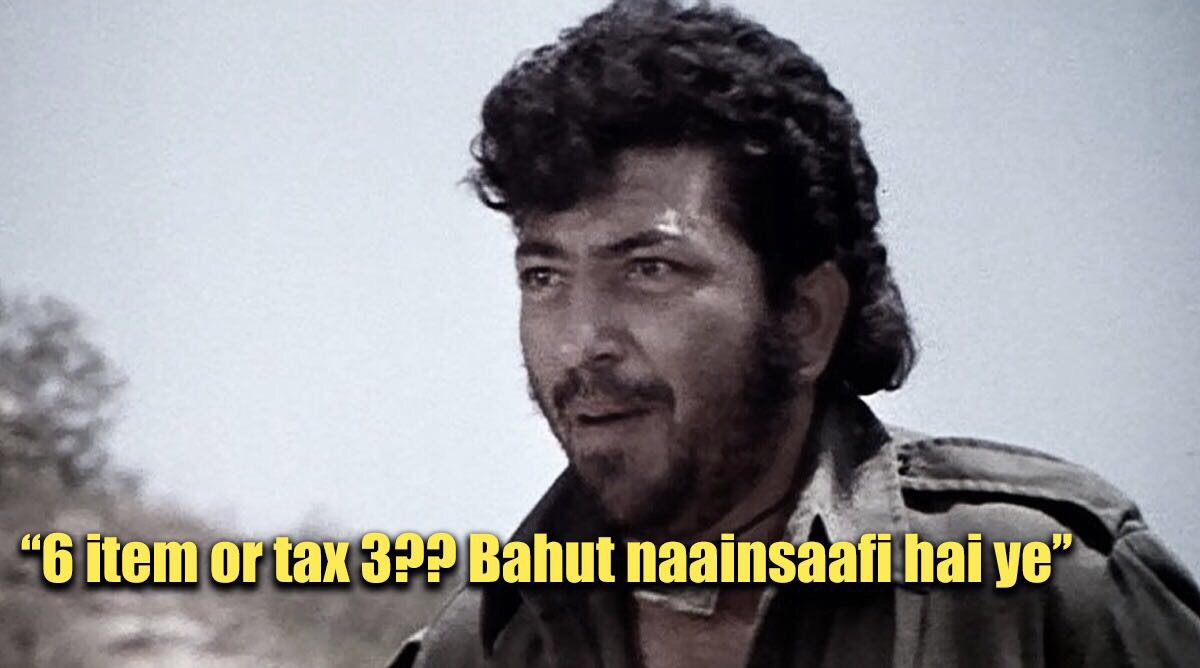 Naturally, BJP and the party supporters have come forward and criticised Rahul Gandhi and his remarks.

This is such a statement on Rahul Gandhi’s IQ.. pic.twitter.com/InoW5y5Wai— Amit Malviya (@malviyamit) October 24, 2017

If @officeofrg thinks GST is so bad then why doesnt he ask Congress CM @siddaramaiah to NOT implement it in Karnataka? Stop fooling Gujarat.— Amit Malviya (@malviyamit) October 24, 2017

Buddhu:GST is horrible. Then why Cong MPs & Opp voted in Sansad for GST Bill to make it unanimous? Even my GSTN amdmt they opposed. Fraud!!— Subramanian Swamy (@Swamy39) October 24, 2017

Meanwhile in Gujarat, Farmers who adopt the Drip irrigation system, will no more have to pay GST. Yet another example of good governance!— Priti Gandhi (@MrsGandhi) October 24, 2017

The Union Finance Minister, Arun Jaitley on Tuesday announced a relief to the taxpayers as he said that the late fee on the filing of the GST returns for the month of August and September would be waived off.

To facilitate taxpayers, late fee on filing of GSTR-3B for Aug&Sept has been waived. Late fee paid will be credited back to taxpayer ledger.— Arun Jaitley (@arunjaitley) October 24, 2017

The spat between the two had escalated a controversy over the movie Mersal which kicked up a row with the BJP taking exception to references on GST in some scenes.

Actor Vijay's fans have been reportedly circulating the contentious scenes through mobile phones. "I don't have the patience to watch a two-and-a-half hour movie. This entire episode shows that whoever opposes the BJP are supporting Vijay, and this is expected," Raja had said.

Hitting back, Vishal said: "Dear Mr H Raja, as a leader and prominent personality, you are advocating piracy and blatantly agreeing to it." The actor also said he wondered "how a political leader like you could watch a pirated version of a film (online)" and added that it "sets a bad example".

BJP leaders, including Raja, a national secretary of the party, state president Tamilisai Soundarajan and Union Minister Pon Radhakrishnan, have been demanding that the "incorrect" references be deleted from the big-budget flick.