TMC MP Nusrat Jahan Gets Trolled for Wasting Water, Do We Smell the Sexism Here?

Jahan recently took to Instagram to share a video of herself washing hands to promote awareness against coronavirus.

With the coronavirus pandemic spreading at an exponential rate around the globe, world leaders, doctors, and epidemiologists have come forward in various ways to spread awareness against the disease. Be it videos of washing hands or wearing face masks or even practising self-isolation, even politicians, actors and influencers have taken to social media to talk about coronavirus. And the latest to join the list is Trinamool Congress MP and actor Nusrat Jahan.

Jahan recently took to her Instagram profile to share a video of herself washing hands. While saying that washing hands was the most important thing to prevent coronavirus right now, the MP said that all people needed to (metaphorically) come together to fight coronavirus. "It is the most important thing to to do - to keep washing your hands - at regular intervals," she said, adding that it was also important to stay indoors and stay hygienic.

According to the World Health Organisation and other leading epidemiologists The video came in the wake of the viral #SafeHandsChallenge which saw several celebrities and even union minister for health Dr Harsh Vardhan encouraged Indians to participate in the challenge, meaning wash hands.

Many appreciated the Bashirhat MP's efforts to raise coronavirus awareness at a time when India has already recorded over 160 cases.

However, the video seemed to rub many netizens the wrong way, many of whom pointed out that while demonstrating the importance of hand-washing, Jahan also needed to ensure not to wastewater. 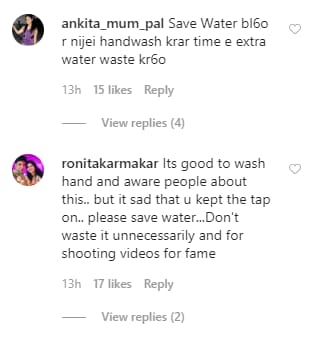 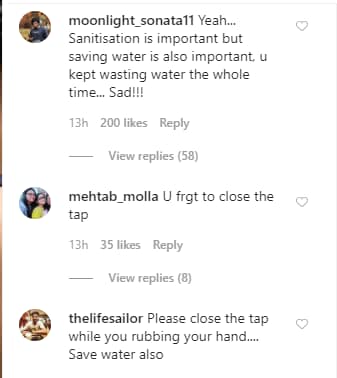 With people being advised to vigourosly wash hands with soap every so frequently to avoid the infection, saving water is an important issue.

But one wonders why Jahan, a former actor who became a first time MP after the 2019 Lok Sabha elections, was trolled so heavily for her handwashing video when the same criticism was not meted out to others like the Bharatiya Janata Party's Harsh Vardhan.

Jahan, who was elected to Lok Sabha last year, has already faced her fair share of trolling, be it being slammed for dressing in smart casuals for her first day as MP or for participating in Durga Puja celebrations on camera. But trolling her for something that is of utmost importance for public health safety while praising others like Sachin Tendulkar for the same, feels just a little sexist.
Tags