Wallake also spoke about how he hoped that his employees knew that he loved them. (Credits: LinkedIn/Braden Wallake)

The CEO of a company posted a selfie of him crying on LinkedIn after laying off some employees.

The CEO of a company called HyperSocial is being criticised for a LinkedIn post about laying off staff that is being deemed disingenuous by many. Braden Wallake, the CEO, posted a photo of himself crying, with a post on how a few employees had to be laid off from his company after he decided to stop selling their main services and focus on selling another service- one that’s higher priced.

He took responsibility for the decision and spoke about how it was his fault and that the people who were laid off could still have been there if better decisions had been made. He also owned up to the fact that he led the team into this decision. “So, I just want people to see, that not every CEO out there is cold-hearted and doesn’t care when he/she have to lay people off,” he wrote.

People did not take kindly to the post, particularly because it was accompanied with a photo of himself crying. Here’s a part of his post and what people have been saying: 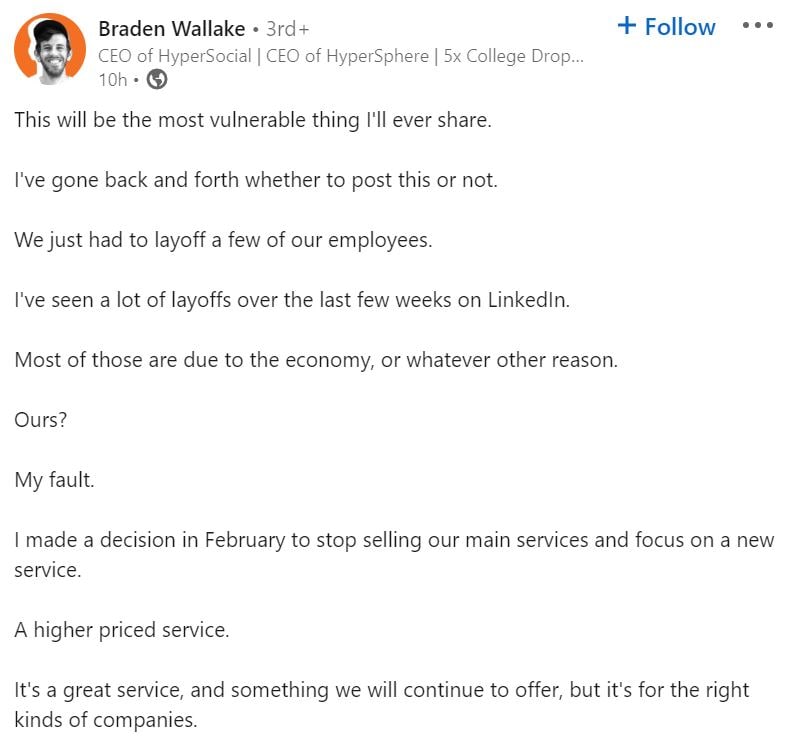 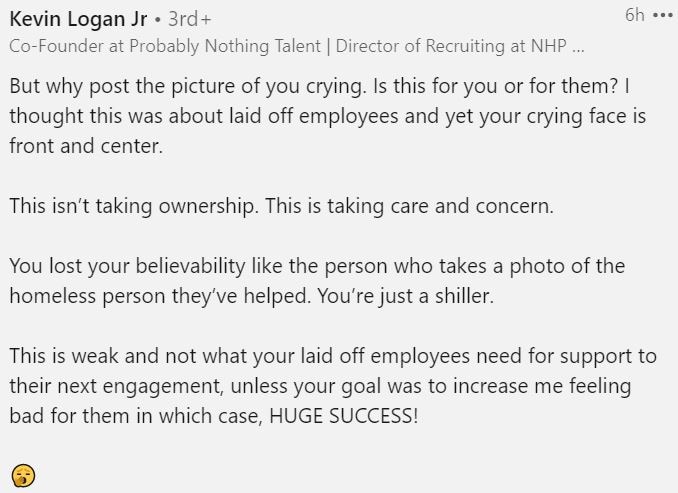 Wallake wrote in the comments, in response to people’s comments, that he had eliminated his own salary and was going to tag the employees in the post for future opportunities as soon as he got permission from them to do so.

“Each of them decided to take a day for reflection to understand where they want to go next. Whatever step they decide, I’ll be out making calls, posts, whatever they need. Just making random calls with no purpose does them no good. We have a gameplan. I wrote this immediately after the initial conversation took place. That’s all,” Wallake wrote to a commenter who pointed out that he hadn’t posted any links to the people who had been laid off, which could have been something actually useful for them.