Within an hour of the storm making landfall, social media was full of videos and photos torrential rains pouring in parts of both states. High-velocity winds can be seen tearing through trees and rocking construction.

Even as the world continues to fight COVID-19, Bengal and Odisha on Wednesday braced for the cyclone "Amphan" which made landfall at 2 pm in the afternoon.

Tagged as an "extremely severe cyclonic storm" by meteorological department, 'Amphan' made landfall in between Bengal's coastal town of Digha and Hatiya island in Bangladesh.

The storm triggered copious amounts of rain and gusty winds in both states.

Within an hour of the storm making landfall, social media was full of videos and photos torrential rains pouring in parts of both states. 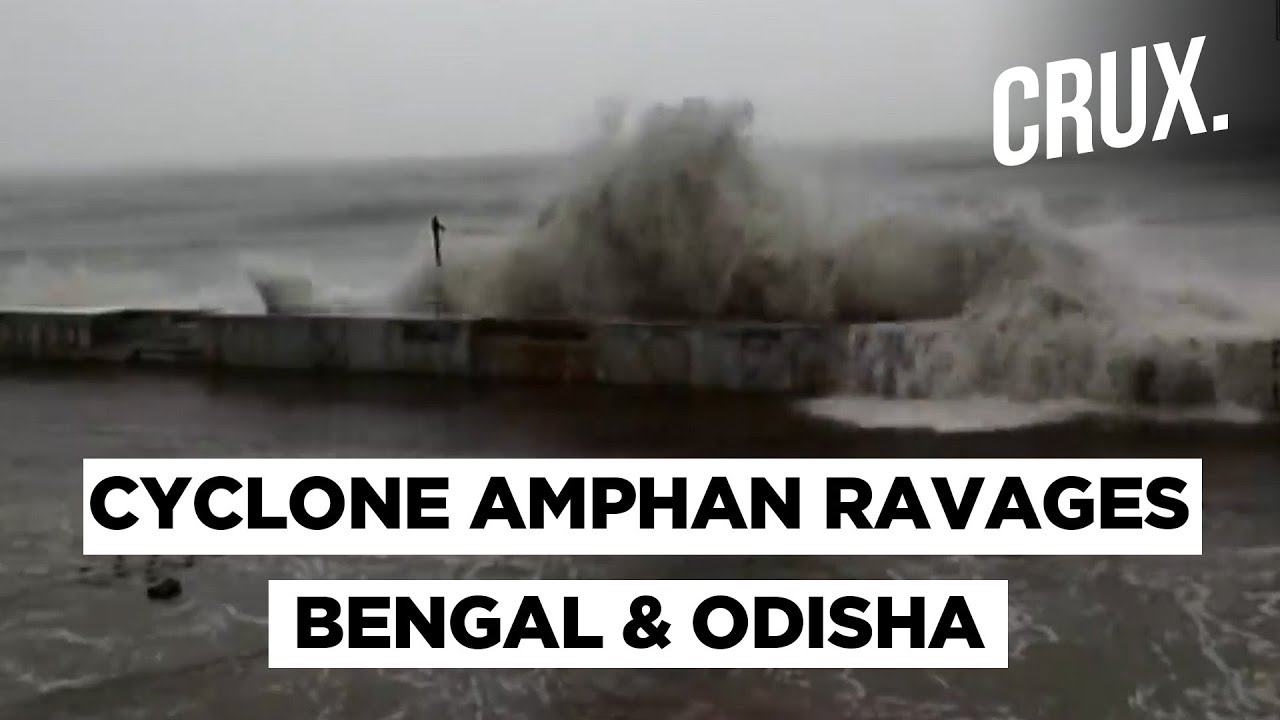 High-velocity winds can be seen tearing through trees and rocking construction.

#Kendrapara district in Odisha today where heavy winds & seawater inundation witnessed in few areas along the coast due to #CycloneAmphan #CycloneAmphanUpdate pic.twitter.com/TBRttHOlnf

Situation in Kanthi right now. Don't know how many property it is destroying. And it's getting worse and worse! #CycloneAmphanUpdate #AmphanSuperCyclone pic.twitter.com/JDmCFXTlEG


The cyclone affected water bodies too. Videos showed a rough sea at Digha hours before the storm even landed and intense waves in the Ichamoti river that runs between India and Bangladesh.


A resident of Kolkata shared an ominous image of the famous tourist spot Victoria Memorial silhouetted against dark clouds.

A terrible beauty. A foretelling of Cyclone Amphan as it approaches Kolkata in India. (Photo credit:unknown)#CycloneAmphanUpdate pic.twitter.com/sb9FPB3mMq


Photos of National Disaster Response Force helping clear debris from streets in cyclone-affected districts in Odisha and Bengal were also shared and have been receiving a lot of love.


Saving lives and Beyond. pic.twitter.com/MimsjsyUgT


Amid the chaos, some shared videos of scared street animals sheltering under ledges as the storm continued. Sharing the video, a Twitter user appealed to residents to take in street animals to protect them from the disaster.


As per reports, the storm is expected to continue for a few hours with the National Disaster Response Force (NDRC) chief SN Pradhan informing that over five lakh peole had been evacuated ahead of the cyclone in Bengal while over 1.5 lakh people had been evacuated from Odisha.