Ever since the video went viral, there have been thousands of memes and mash-ups flooding our timeline.

Hold your breath, for the Internet, has found its newest meme.

Unless you've been away from the web, we're pretty sure you've come across the hugely viral video of a man in a green shirt, paragliding.

The man's conversation with his guide, while paragliding, is probably the funniest thing we've come across this year.

From what is obvious, he regrets taking the plunge and keeps requesting his guide to land; "land kara de" is what he keeps repeating all through, coupled with some weird facial expressions and loud moans. While the guide keeps requesting the terrified man to simply lift his legs.

"Paau unche kar," he pleads as to avoid a catastrophic landing.

By the end of the video, both the guide and the man have had enough of each other.

Ever since the video went viral, there have been thousands (we aren't even exaggerating) of memes and mash-ups flooding our timeline. From Sacred Games mash-ups to Zindagi Na Milegi Dobara sequences, our sides literally hurt from laughing so much.

Without further ado, here you go, take a look at the memes which have broken the Internet:

Outlook has tracked down the guy in the video, much to our exhilaration. 24-year-old Vipin Sahu had no idea that his video would become one of the top memes of the year; the poor soul was simply trying to get over with what can only be described as the most horrifying experience of his life.

In the interview with Outlook, he also revealed that it was one of his friends who circulated the video in the first place.

Such is the craze around the video, simply googling "paragliding" in India throws back Sahu's name in results. 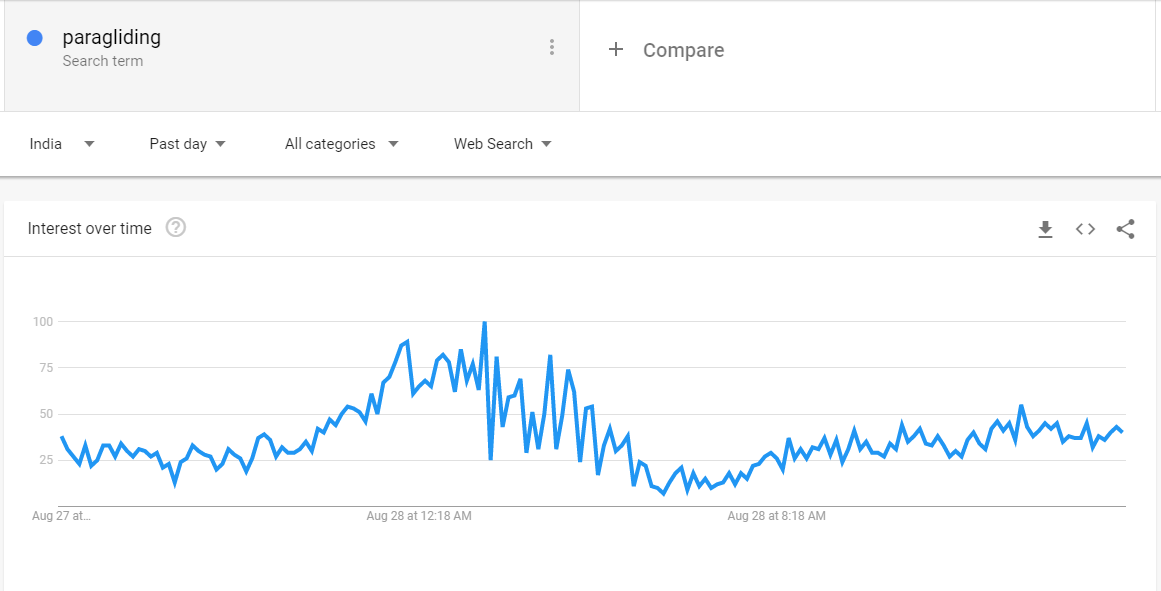