Chennai Super Kings fans were particularly upset with Jadhav and Dhoni as the Men in Yellow choked against Kolkata Knight Riders, losing the match by 10 runs on Wednesday at Sheikh Zayed Stadium in Abu Dhabi.

Mahendra Singh Dhoni and Kedar Jadhav were on the receiving end of social media trolling after Chennai Super Kings failed to chase down the target of 168 set by Kolkata Knight Riders on Wednesday at the Sheikh Zayed Stadium.

KKR opener Rahul Tripathi set the tone with a brilliant 81 (51) after CSK lost the toss and were asked to bowl first. Chasing a competitive score of 167 put up by KKR, CSK seemed in a cruising position for most of the second innings despite losing Faf du Plessis early on. Shane Watson's spirited half-century (50 off 40) laid a foundation for a rather comfortable run-chase as CSK needed 67 in 7 overs and their scorecard read 101-2. On the other end was Dhoni who came out to bat in at no. 4 position.

But the match turned on its head after Watson was dismissed by Sunil Narine on the first delivery of 14th over. Mystery spinners Narine and Varun Chakravarthy operated in tandem as CSK struggled to up the ante. 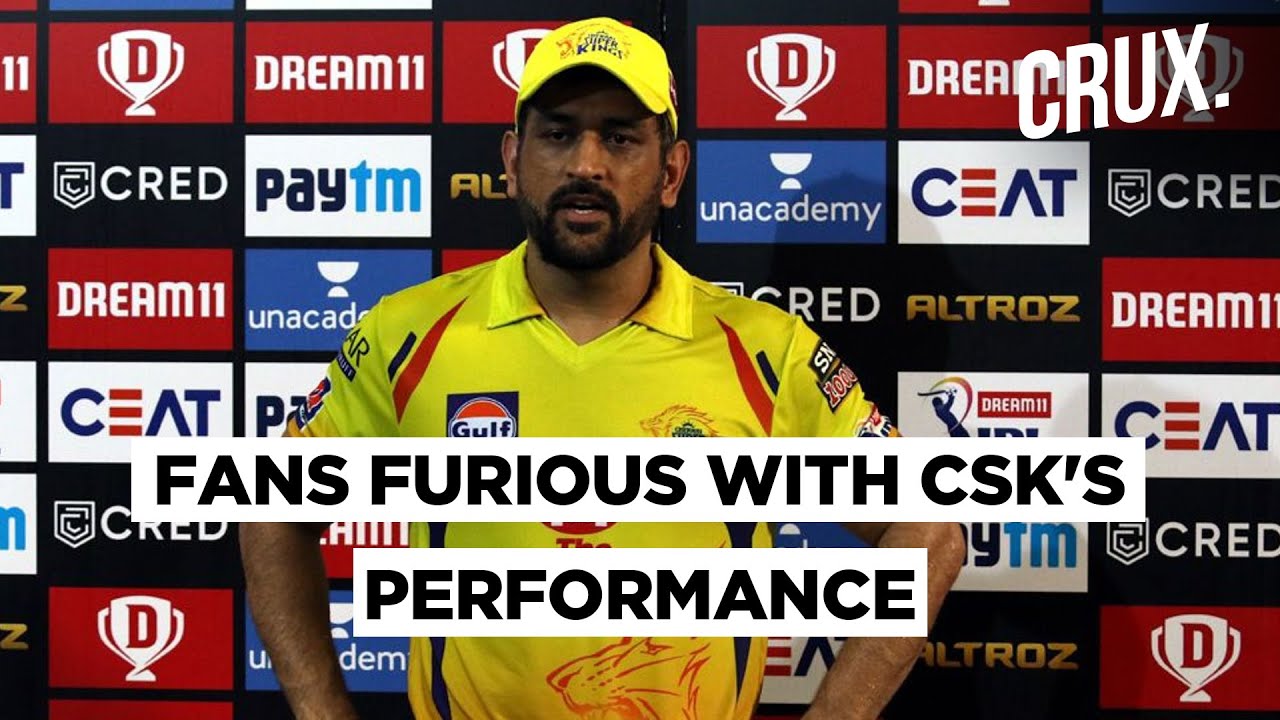 The equation came down to CSK needing 26 in their final 6 deliveries. Ravindra Jadeja played a cameo in the match's final over bowled by Andre Russel but it was too little too late for CSK as KKR emerged winners by a mere 10 runs.

While the KKR team and SRK seated in the stands were delighted with the outcome, fans were particularly upset with Dhoni and Jadhav for not pressing on the accelerator when their team needed it the most.

When you don’t play well but everyone blames Kedar Jadhav for the loss pic.twitter.com/K8ovjZvSgP

The victory helped KKR gain 2 crucial points and secure the third position on the table. As for CSK, the Men in Yellow have now lost 4 out of 6 matches in IPL 2020 and have a lot of catching up to do.