While Abhijit Banerjee opted for a black bandhgala paired with a traditional dhoti, his wife Esther chose to wear a saree to the event. Their colleague, Kremer, stuck to the Nobel dress code and came in a formal black suit. Now the Nobel Award ceremony has traditionally been a strictly formal affair; the official site for the Prize mentions the dress code which is expected to be adhered to by all attendees. The men are expected to be dressed in "white tie and tails" while women are supposed to wear evening gowns. Both Duflo and Banerjee chose to deviate from the dress code and go with Indian formal attire instead. 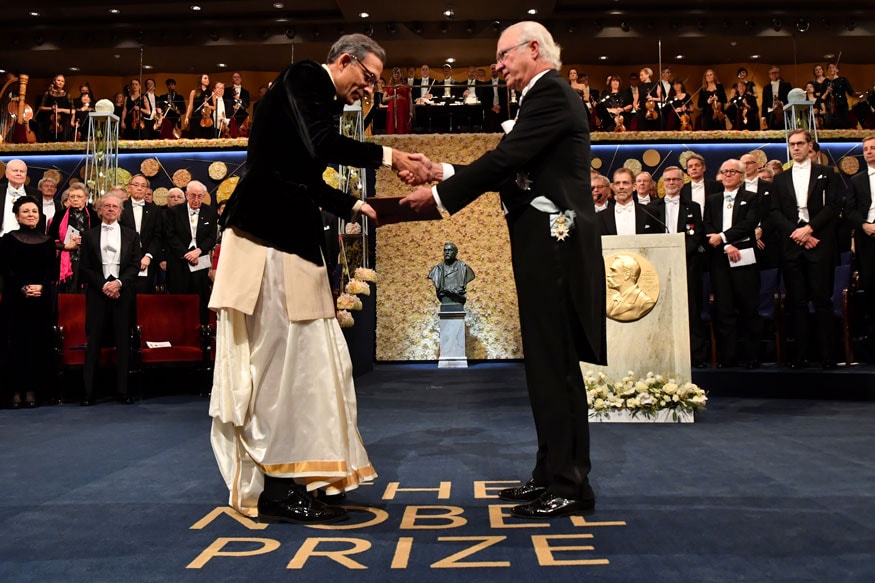 More than the award, it was this gesture which caught the attention of desi Twitter, who were quite impressed with the dapper outfit that Banerjee donned at the event. As a Twitter user pointed out, he looks every bit the 'Bengali Bhadralok' that Bengal is so proud of. It would be interesting to point out that most erstwhile winners of the Nobel Prize from India have stuck to the dress code specified by the institution. For instance, when Amartya Sen received the Nobel in 1998 for Economics for his work related to famine and poverty, he too wore a formal black suit with white tie and tail. How good does he look! A Bengali man in a dhoti kurta at such a huge platform. Congratulations and thank you! #AbhijitBanerjee #NobelPrize https://t.co/izwFhIiQ0t

#AbhijitBanerjee and #EstherDuflo paying homage to India, in dhoti and saree, at the #nobelprize2019 ceremony. India celebrates them as they celebrate India. pic.twitter.com/vSzJ1csH7X — Kasturi Shankar (@KasthuriShankar) December 11, 2019

First reaction after receiving #NobelPrize . ABP ananda Editor @IamSumanDe asked why Dhoti and Kurta? Why denied the customary tail coat? He said, Why should I? If I have to wear formals, it should be our formals! #WestVsEast#AbhijitBanerjee https://t.co/nLidB1ydqf — Mayukh Ranjan Ghosh (@mayukhrghosh) December 11, 2019

I appreciate the nobel laureate #AbhijitBanerjee who was dressed in a bandhgala jacket and dhoti, Indian-American Economist received the Nobel Prize in Economics in Sweden. Well done Abhijeet 👏👏👏 — Totlani Krishan (@kktotlani) December 11, 2019