Elon Musk is not done posting his new pupper content - or involuntarily affecting the prices of cryptocurrency Dogecoin. Dogecoin started as a joke. In early 2021, however, the joke appears to have turned on those who didn’t take the meme cryptocurrency seriously. The meme-cryptocurrency Elon Musk wouldn’t stop tweeting about reached an all-time high in mid-April, crossing 10 cents for the first time. his is the highest-ever for the cryptocurrency, and the result of a semi-ironic movement that’s involved thousands of buyers, tens of thousands of online posters and the world’s richest man, Elon Musk. In early January, each token was worth less than one cent. In late January, when both the GameStop and DogeCoin movements hit their stride, the value of DogeCoin shot up to 7.5 cents, well over a 10-magnification, before sliding down to 2.5 cents. While Musk has consistently stopped tweeting about the cryptocurrency, (which has also been met with a lot of backlash for people who blame Musk for investing their money in it, only to see it no longer rise) Musk is however, posting puppy content on Twitter. Early on Monday morning, Musk posted another photo of Floki, his newest Shiba Inu puppy.

The pupper appears to be in the seat of a car, like Musk was taking it along for a drive. While Floki is going somewhere, so were cryptocurrency prices soon after Musk’s tweet. Following Musk’s tweet at 7:11 AM IST (GMT +5:30), Dogecoin recorded a minor jump in value staring 7:13 AM before dipping again fifteen minutes later, shows Coindesk data. The current value of the cryptocurrency Dogecoin is $0.21 at the time of writing this at 10:02 AM. 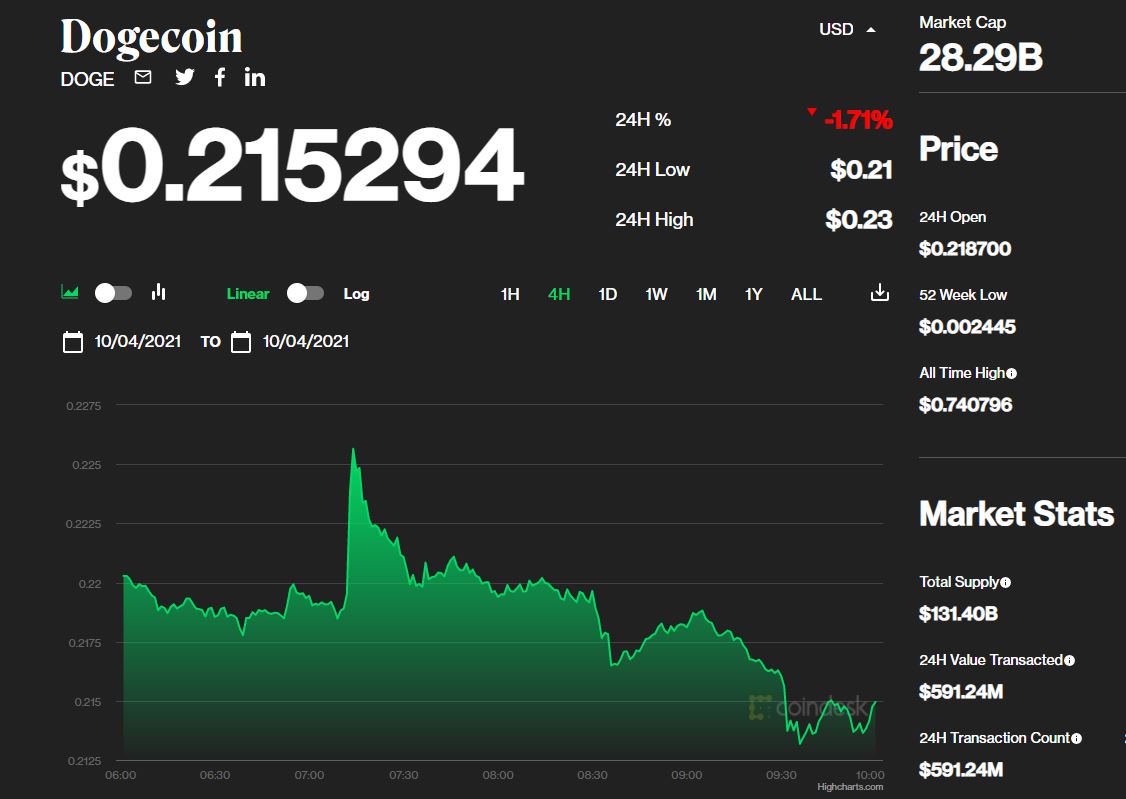 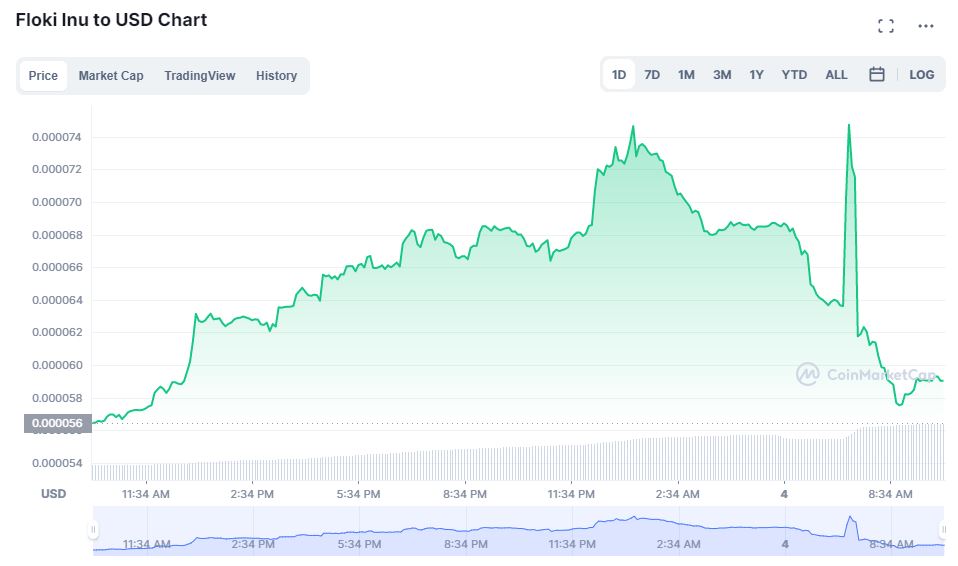 Floki Inu describes itself as ‘the new community-owned meme coin.’ The description of the coin reads, ‘Floki Inu is one brave puppy. A new crypto coin birthed by fans & members of the Shiba Inu community. Floki Inu is Elon Musk’s very own shiba inu and he’s hungry for outer-space treats! He’s hyper-deflationary and built to reward you, so more Floki Inu coins are added to your wallet with each transaction. This lil puppy is a space explorer - simply love, pet, and watch your Floki Inu fly to Mars!’

The website for Floki Inu also says currently, there are ‘40,000+’ holders of the cryptocurrency token: something the site also says is rewarded. “FLOKI has been designed to be a deflationary token which rewards you simply for holding!" explains the official website for the cryptocurrency. The statistics also claims that “Floki Inu has a total circulating supply of 9.21T $FLOKI across the ETH & BSC chain combined and has a total circulating market cap of $314.81M across the ETH and BSC chains." The icon for the token is the face of a Shiba Inu wearing a small viking helmet.

While some Elon Musk stans have started a whole cryptocurrency for his dog, there’s also been a chunk of Musk fans in recent times who’ve jumped ship, tired of Musk’s constant tweets to ‘manipulate’ the prices of cryptocurrency like Bitcoin and Dogecoin. Infact they too, have started a new cryptocurrency, which is very literally what they want Musk to do - stop. Over the weeks, the response to Musk’s tweets has become increasingly negative - with people blaming him solely for the rise or dip in prices, saying it cost them a loss and he’s ‘manipulating’ markets. Some took this a step further - by making a cryptocurrency solely dedicated to stopping Musk: $StopElon.