End of the World? Indians Are Convinced That the Bible Warned Us About Locust Attacks

Indians are now convinced that this could mean the end of the world.

"Never before had there been such a plague of locusts, nor will there ever be again.

They covered all the ground until it was black.

They devoured all that was left after the hail—everything growing in the fields and the fruit on the trees."

This is what the Bible says about locust attacks, and now Indians are convinced that the swarms of locusts invading northern parts of the country are Biblical and may even signal the end of the world.

In the last few weeks, India has seen one of the worst locust attacks in history. Cities in Rajasthan, Madhya Pradesh and Uttar Pradesh have been invaded by billions of locusts which usually feed on crops. However, this week locusts entered Jaipur's residential areas, which is a rarity. The last time locusts invaded residential colonies was in 1993, as per reports. 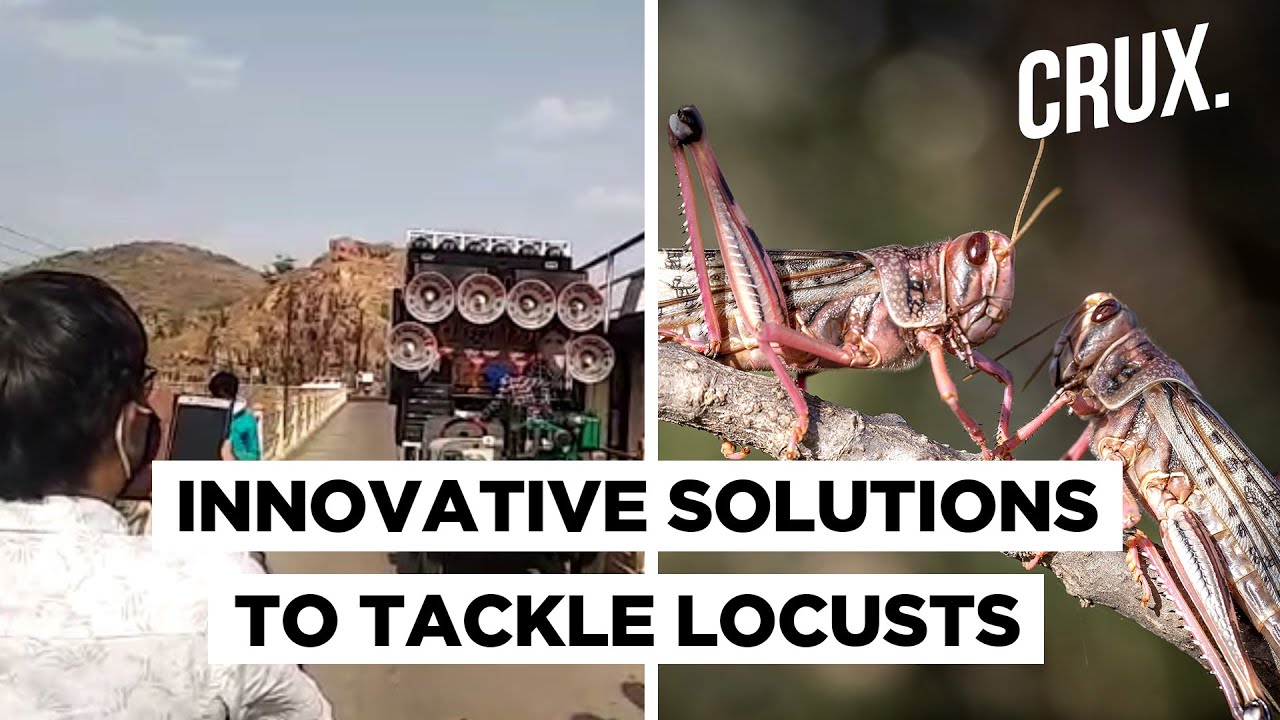 The coronavirus outbreak, coupled with the devastating cyclone Amphan and the alarming locust attack, has everyone thinking that apocalypse may not be far off.

Google trends reveal that since news of the locust attacks broke, people have been looking up Biblical passages on the event to understand what the religious book says about the event. Not just Google, even social media is buzzing with claims that the locust attack is Biblical:

First fires, then disease, then floods, and now locusts.

The Bible called it, my dudes. pic.twitter.com/n37JqUeI0F

Locust attacks have been mentioned in almost all ancient texts, right from wall paintings on ancients Egyptians pyramids to the Bible and Koran. Ancient Greeks talked about locust attacks and so did Sanskrit poems dating back to 747 BC.

Death . Disease. Cyclone . Floods. And now Locusts. All The biblical plagues. In the bible, it was because headstrong rulers would not do right. — Kasturi Shankar (@KasthuriShankar) May 27, 2020

Goosebumps but yeah it is written in the Bible

“When I shut up the heavens so that there is no rain, or command locusts to devour the land or send a plague among my people, if my people, who are called by my name, will humble themselves and pray

Jaipur: “Then from the smoke came locust on the earth, and they were given powers like the power of scorpions of the earth.” revelation 9:3 -10 in Bible. There is an old proverb – Locusts have no kings, yet all of them march in ran…https://t.co/aRaIUwL0VE https://t.co/njzn3cTNaW — Ravi Rebbapragada (@RaviRebbapraga2) May 24, 2020

The Old Testament of the Bible does mention locusts in several parts, and a glance at the passages will show that the bugs have always been associated with destruction and devastation. In most cases, locusts were the weapons of the gods who used it to punish mankind. For example, the passage we quoted in the very beginning is from the Book of Exodus. In Egypt, their ruler, the Pharaoh refused to free the Israelites who had been enslaved and as punishment, the countrymen faced the wrath of God.

Here's how the story goes. Enraged, the lord inflicted ten plagues upon Egypt - water turns to blood, lice, locusts, flies, darkness, boils, livestock pestilence, frogs, hail and the death of firstborn children. But did these really happen? An interesting article by Time has three wild theories about this. You can read it here.

In fact, the trope of using locust attacks to symbolise destruction is not new. In his 1958 novel, 'Things Fall Apart', Nigerian writer Chinua Achebe used the allegory of locusts as a symbol of invasion.

Of course, there is no way to say for sure that the Bible did see this coming. But one thing is certain - locust attacks have been around since the dawn of mankind and have been wreaking havoc for generations now. And that is probably why the Bible and other religious books associate these insects with devastation and loss of crops.

A report by Moneycontrol shows that locusts have affected around 64 countries, which include Iran, Afghanistan, Africa and India. In the Indian sub-continent, more than 5,00,000 hectares of crops have been destroyed in Rajasthan. Gujarat has also been facing an infestation of locusts for the past five months?

Biblical or not, you decide.