US President Donald Trump wears a mask as he walks down the hallway during his visit to Walter Reed National Military Medical Center in Bethesda, Md. on, Saturday, July 11, 2020. (AP Photo)

The US president has been a latecomer to wearing a mask during the pandemic, which has raged across the US since March and infected more than 3.2 million and killed at least 134,000.

After long resisting a facemask, US President Donald Trump finally wore one during a visit to a military hospital on Saturday, the first time the president has been seen in public with the type of facial covering recommended by health officials and experts across the world as a precaution against spreading or becoming infected by the novel coronavirus.

As he left the White House, he told reporters: “When you're in a hospital, especially ... I think it’s a great thing to wear a mask." 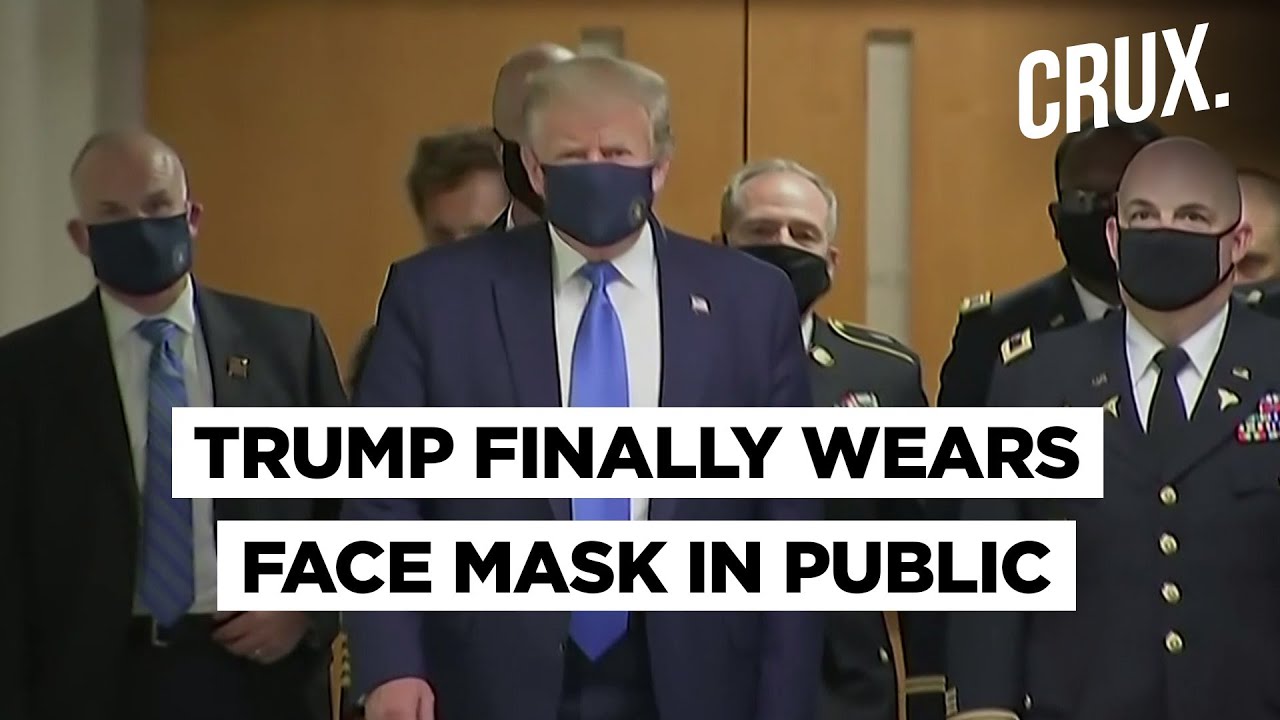 The president has been a latecomer to wearing a mask during the pandemic, which has raged across the U.S. since March and infected more than 3.2 million and killed at least 134,000 -- something several social media users pointed out when they saw Trump wearing a safety covering over his face.

There was, however, a section of Twitterati that appreciated the fact that the US President finally understood the gravity of the situation.

Donald Trump is pictured wearing a mask as he visits Walter Reed.
Trump should have been wearing one when the pandemic started—4 months ago! pic.twitter.com/wDIw3HGin5

Retweet if you’ve been wearing a mask longer than Donald Trump has.

I’m not going to mock Donald Trump for finally wearing a mask because I’m glad he’s actually doing it, but anyone who thinks he wore a mask in public because he cares about setting an example and saving lives is delusional. He’s doing it because he’s losing and he knows it.

For the first time since the coronavirus pandemic began, the White House press corps got a glimpse of President #DonaldTrump wearing a mask. pic.twitter.com/kRer8HCcjz

Finally .....#DonaldTrump Wears Face Mask In Public .
Some good news during this #COVID19Pandemic for the US citizens. pic.twitter.com/af1XcXm8t6

There’s always a first, Brad. It’s certainly a much better look. Shame it took 3.3 million US COVID cases and 137k deaths for @realDonaldTrump to come to his senses and wear a mask. #MakeAmericaSafeAgain https://t.co/gsH7oiwPbe

he can’t even wear a mask correctly https://t.co/FesdFPyoQJ

Don't want to see pictures of @realDonaldTrump wearing a mask congratulating him like he won a participation trophy. 130,000+ dead Americans. Could have been prevented months ago with a real pandemic plan.