Image credits: Everyone Hit the Traitors.

The game called 'Fight the Traitors Together' or 'Everyone Hit Traitors' encourages the player to punch, slap with a flip-flop whack with bats protesters from Hong Kong.

Thousands of black-clad protesters from all walks of life gathered in Hong Kong on Sunday under a crisp blue sky for a rally that is expected to gauge support for democracy in the financial hub which has been roiled by protests for six months.

The protests, which were against the extradition bill, have now escalated to the point of violent clashes between the police and the protesters, even leading to deaths in some cases. While these protests are still underway, China has been pushing its propaganda and trying to quell the protests so far.

In perhaps a new form of propaganda, a new Chinese video called 'Everyone Hit Traitors,' is making the rounds on Chinese social media such as WeChat, Weibo, and Zhihu.

The game called 'Fight the Traitors Together' or 'Everyone Hit Traitors' encourages the player to punch, slap with a flip-flop whack with bats protesters from Hong Kong.

In the game, players can assault pro-democracy protesters and caricatures of known personality, like activist Joshua Wong, media personality Jimmy Lai, former chief secretary Anson Chan, Martin Lee, and a tied-up Qin Hui, with weapons like bats and shoes by tapping on them. The entire game-play is just that - rage button-smash. Your objective is to hit what the game labels as “useless youth” with the given 'weapons,' with each having varying levels of damage: the hand has the least, and the bat has the most. (Image credits: Everyone Hit the Traitors.)


The game can be played on the web and on mobile, and the design of the opening sequence of the game-play is drawn in the style of cartoons shows bribery for the protesters. 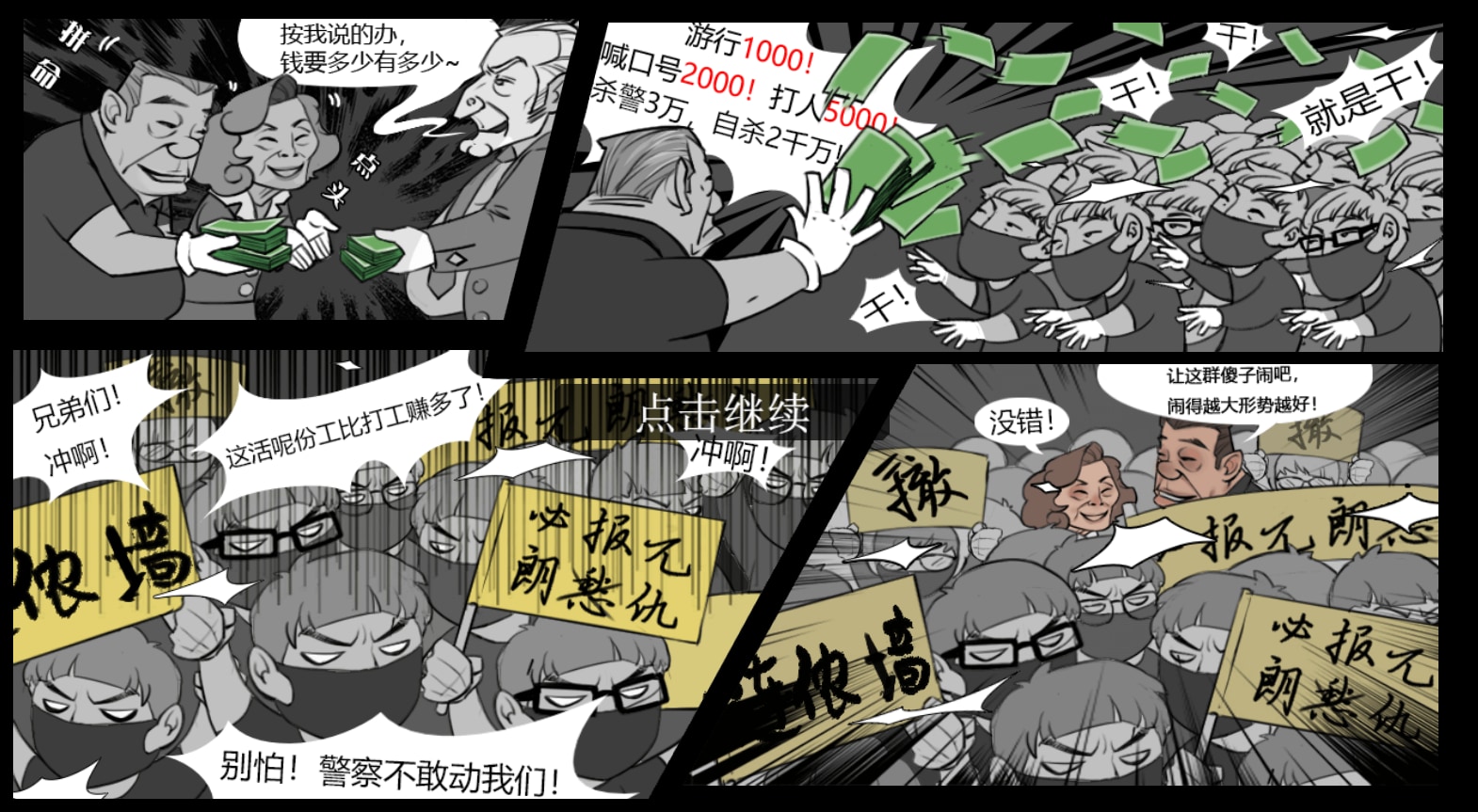 (Image credits: Everyone Hit the Traitors.)

But this isn't the first 'game' on the protests. 'Everybody Hit the Traitors' comes just weeks after another virtual reality game, ‘Liberate Hong Kong’ took off where players must avoid being shot or arrested.

At the six month marker for the protests, anti-government activists, young and old, converged in Victoria Park, the starting point of the rally in the bustling shopping district.

"I will fight for freedom until I die because I am a Hong Konger," said June, a 40-year-old mother dressed in black seated on the grass in Victoria Park. "Today is about standing with Hong Kong, and the international community."