The first image contained in the misleading post shows a tweet from an account called “Nintendo of America” with an illustration of Mario and Luigi, characters created by Japanese video game giant Nintendo, kissing on the lips.

Two screenshots of two tweets that purport to show the creator of the Super Mario video game series complaining about a picture of characters Mario and Luigi kissing have been shared hundreds of times on Facebook and Twitter. Neither tweet is genuine; both were posted by parody accounts.

A Facebook page called “Australians For Australia”, which has nearly 20,000 followers, shared the two screenshots in this post dated June 5, 2019.

The post’s caption says: “When being ‘Woke’ crosses the line…”

According a dictionary definition, “woke” means: “Alert to injustice in society, especially racism”. 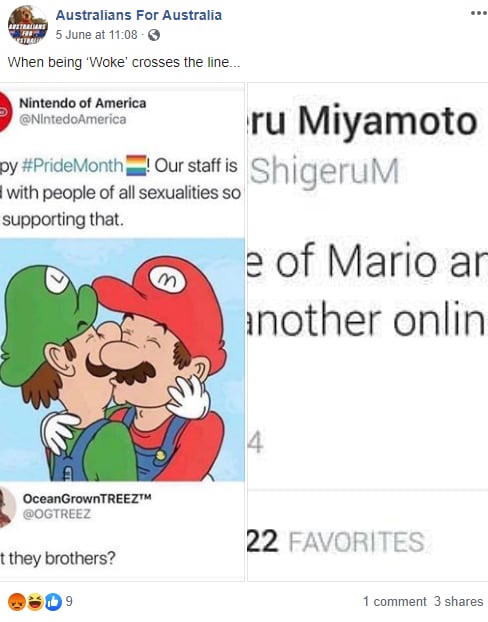 The first image contained in the misleading post shows a tweet from an account called “Nintendo of America” with an illustration of Mario and Luigi, characters created by Japanese video game giant Nintendo, kissing on the lips.

“Happy #PrideMonth! Our staff is filled with people of all sexualities so we love supporting that,” says the caption on the tweet.

June was chosen as Pride Month in the US in commemoration of the Stonewall riots, a series of pro-LGBT demonstrations held in New York in June 1969; says a US government web page about the initiative.

Spliced under the screenshot is an image of another supposed tweet that says: “Ain’t they brothers?”

Below is a screenshot of that part of the misleading post: 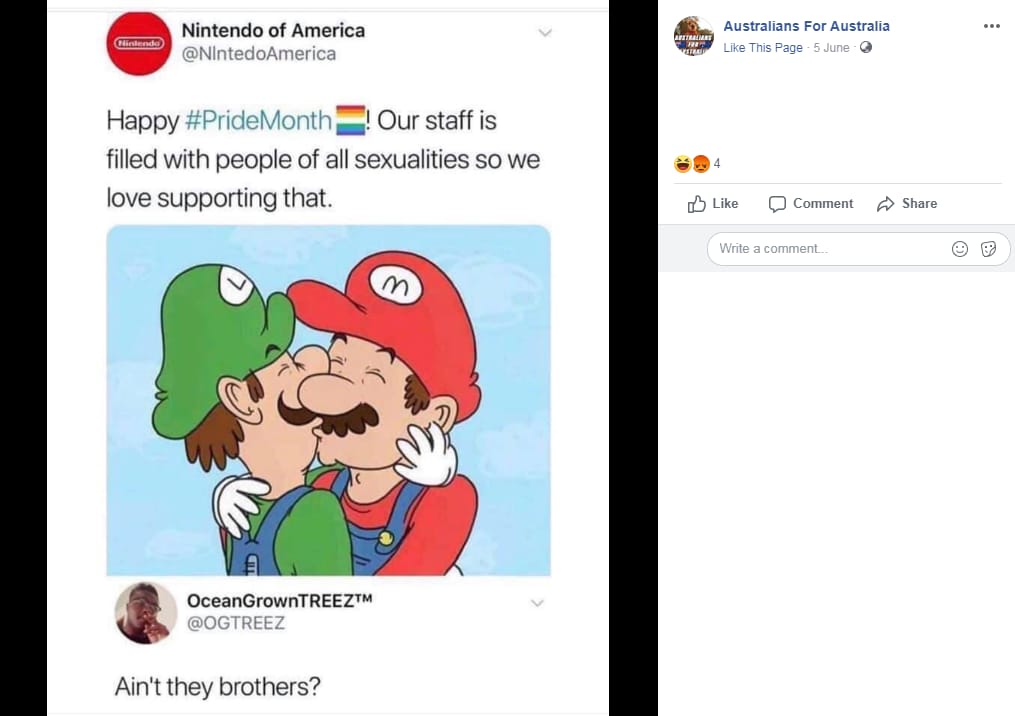 The second screenshot in the misleading post purports to show a tweet by Shigeru Miyamoto, the game designer who created the Mario series for Nintendo.

His IMDb profile a a 2010 New York Times article about him, are proof.

“Saw a picture of Mario and Luigi kissing one another online. Please do not do that,” says the tweet, purportedly posted on April 24, 2014 by the account @RealShigeruM.

Below is a screenshot of that section of the post: The same two screenshots were also retweeted hundreds of times after being shared on Twitter.

Neither of the tweets shown in the misleading post are from genuine, verified accounts.

Former deputy assistant to US President Donald Trump, Sebastian Gorka, appeared to have believed the false tweet by @NIntedoAmerica.

News site Indy100 reported on June 7, 2019, that Gorka shared the Mario-Luigi kissing picture and wrote in a now-deleted tweet, stating: “So @NintendoAmerica is promoting incest now?”

The image of Mario and Luigi kissing purports to be from a Twitter account called Nintendo of America, with the handle @NIntedoAmerica.

Twitter’s blue verified badge, which the social network says “lets people know that an account of public interest is authentic”, is present on Nintendo of America’s official account, but not on the one in the misleading post.

A search in the online history of the verified Nintendo of America account from June 1 to 7, 2019, using this advanced search query, finds no such image or statement in support of Pride Month. 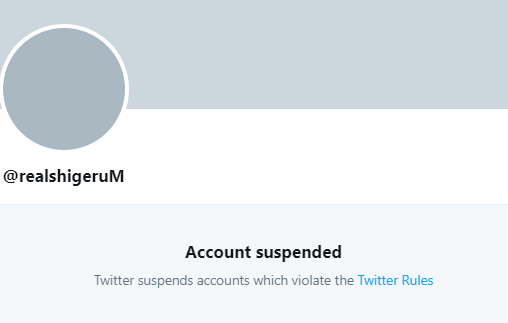 The Tech Digest article says, in part: “Shigeru Miyamoto, creator of Mario, Legend of Zelda, and the man responsible for most of the joy in your childhood, isn’t on Twitter – but he is represented in the form of parody account @RealShigeruM. We don’t know who is behind the account, but it is brilliant – here’s our pick of the funniest tweets.”

No verified accounts appear in this Twitter search for the name Shigeru Miyamoto, but there are several other profiles with the words “parody account” in their bio.

Other similar false tweets and claims are being shared across social media, for example on Twitter by an unverified account called “Nintendo News Network”, Facebook and on far-right social network Gab.