Stop. The Image of 'Hathras Gangrape Victim' That Everyone's Sharing on Social Media is Fake

Cops cremated the victim's body at around 3 am while her family members were home.

There has been no confirmation from the girl's side saying that this is her photo. Secondly and the most importantly it is against the rules to share images of a rape victim.

In a horrific incident, a 19-year-old girl from Uttar Pradesh died in Delhi's Safdarjung hospital after being allegedly gang-raped and tortured. The teenager was brutally attacked on September 14 in her village. The incident has shaken the country.

Amid outrage over the horrific crime, social media is brimming with condemnation as people are demanding justice for the victim. However, an image claimed to be of the rape victim has been going viral on social media. 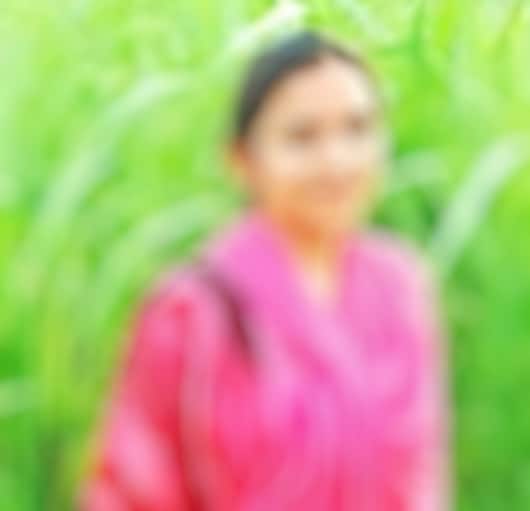 The fake photo has been widely circulated in social media.

That particular photo, however, is not that of the victim, a fact checking report by India Today found. There has been no confirmation from the girl's side saying that this is her photo. Secondly, it is against the rules to share images of a rape victim.

Motivational speaker and YouTuber Geet had shared the image and tweeted, "My heart breaks just thinking about what this beautiful innocent girl must have endured (gang raped, tongue cut off, neck & spinal cord broken). No one should face such torture. Enough is enough! Things needs to change..now!"

Several other social media users also incorrectly used the image to express their anguish over the incident.

The Supreme Court, in 2018, during the Muzaffarpur shelter home sexual abuse case, had expressed concern over incidents of rape in the country by observing that women are being raped “left, right and centre”, has asked all the print, electronic and social media not to publish or display photos of victims of sexual abuse — even in blurred or morphed form.

The apex court also warned against interviewing minor victims of sexual abuse saying it has a serious mental impact.

Protests are being staged demanding justice for Hathras victim in the UP district. Family members and relatives are raising slogans against the administration.