The specimen, which in reality is a ratfish, whose Latin name Chimaeras Monstrosa Linnaeus is aptly derived from a Greek mythical monster that had the head of a lion and tail of a dragon.

In fantasy fiction books and their subsequent movie adapations, we've often seen strange things that we could never imagine - three headed dragons, two-headed dogs, fairies and ghouls, and mysterious creatures which lurk deep below the surface of the ocean.

These deep-sea creatures are always given nothing short of fantastical value - they're strange, have huge eyes, and are most commonly 'flesh-eating.'

While most of them exist in fiction, one seems to have come alive in the real world. A fisherman off the coast of an island of Andoya in northern Norway, has caught a bizzare 'dinosaur-alien' fish which truly puts new backing to the phrase 'truth is stranger than fiction.'

Oscar Lundahl, was fishing for blue halibut when he caught the specimen, which in reality is a ratfish, whose Latin name Chimaeras Monstrosa Linnaeus is aptly derived from a Greek mythical monster that had the head of a lion and tail of a dragon, reports The Sun. 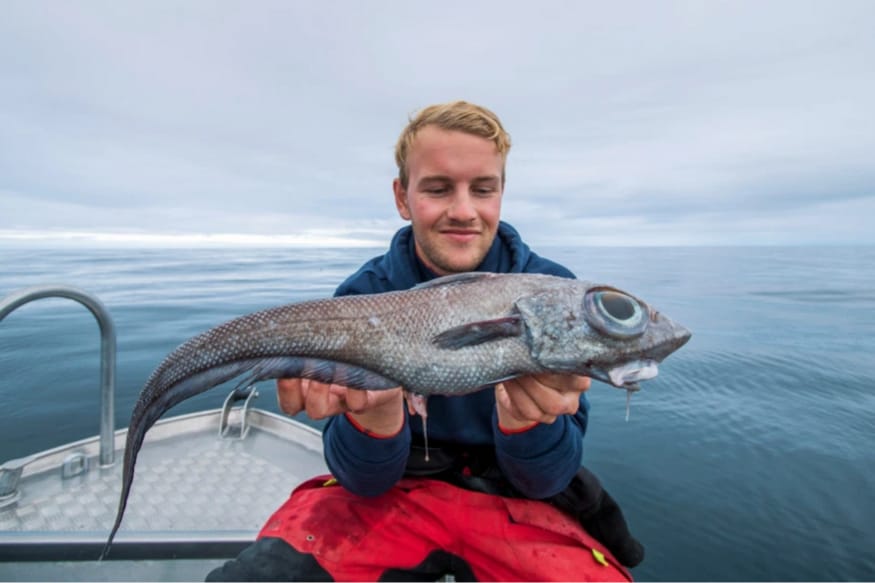 The fish, which is a relative of the modern day shark, dates back some 300 million years, lives in deep water and is very rarely caught. Ratfish are mostly harmless to humans, and feed on crustaceans like crabs and snails, with their huge eyes helping them to see in the darkness of the deep ocean.

The fish didn't survive the haul to the surface due to the change in pressure, and undettered by the appearance, the fisherman took it home and cooked it anyway.

‘Despite its ugly appearance it was really tasty,' he told The Metro.