Home » News » Buzz » From Conquering the Arctic to a Penniless India Journey, This Kerala Man is the Ultimate Traveller
8-MIN READ

From Conquering the Arctic to a Penniless India Journey, This Kerala Man is the Ultimate Traveller

Meet Niyog, the first ever Indian to have completed the gruelling Fjällräven Polar Arctic Expedition – one of the toughest tests of human stamina, endurance and fortitude – in April 2018.

Wanderlust is one of the most overused hashtags on social media today and one especially popular with the young. While most millennial travellers in India are content with rehashing photos from their latest trip to Goa or Kasol, a 27-year-old is setting some lofty travel goals for young enthusiasts.

Meet Niyog, the first ever Indian to have completed the gruelling Fjällräven Polar Arctic Expedition in April 2018.

Fjällräven Polar is one of the toughest tests of human stamina, endurance and fortitude. It takes travellers seven days to the cover almost 300 kilometres of the treacherous Signaldalen Arctic Circle wilderness, accompanied by more than 100 highly skilled sled dogs, in temperatures between -30 to -40 degree Celsius. 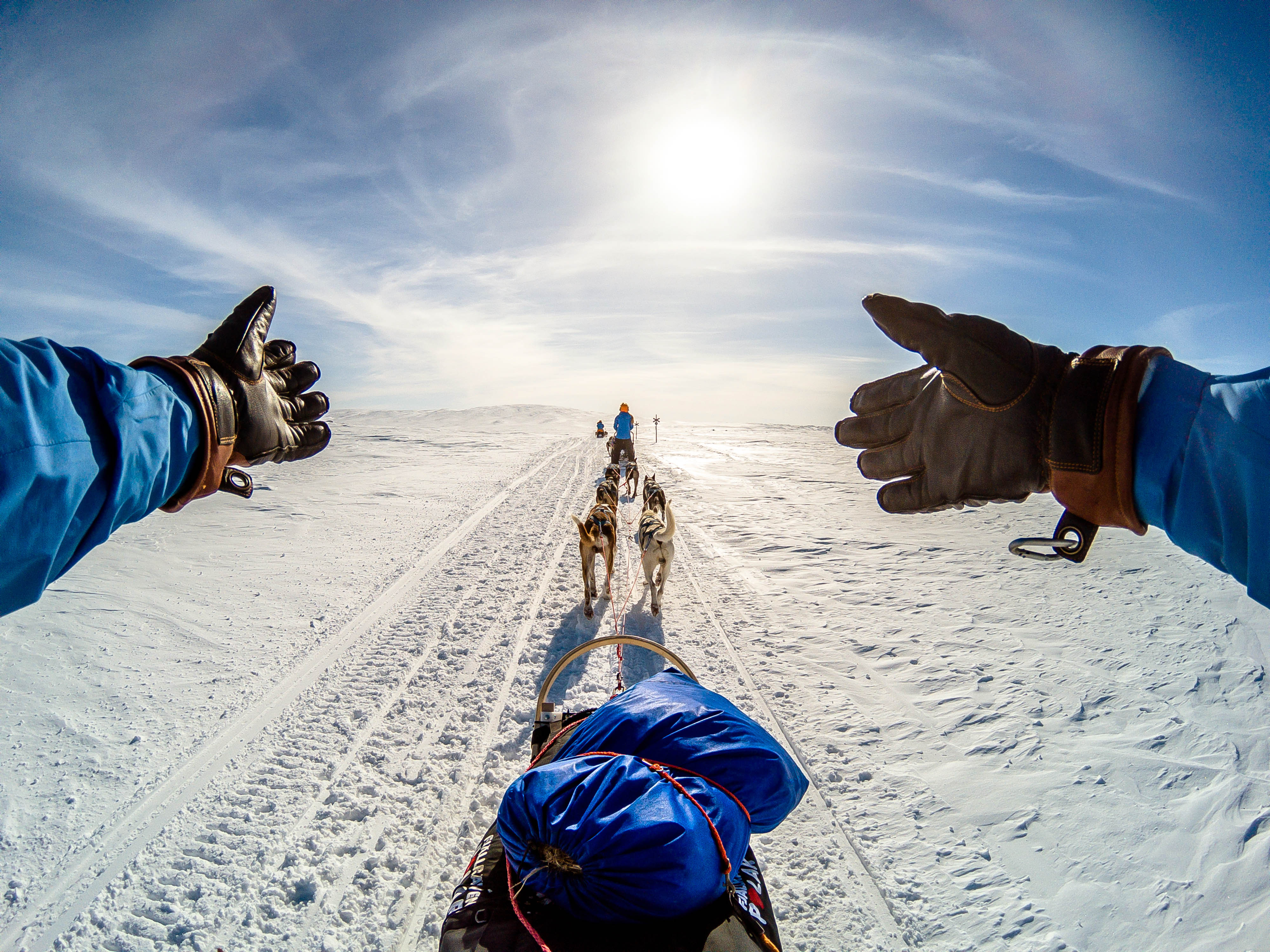 But what made a resident of Kerala's quiet Kollam district pack his bags and venture into the wild?

"For me, travelling is never about reaching a place. It’s about the entire experience of it. All stages of a journey are beautiful and travelling is happiness," Niyog said.

The polar expedition began in 1997 and currently has over a hundred nations competing. Only 24 of them get selected. It's even tougher for countries like India, which is listed under the 'Rest of the World' category, to get through.

Having mustered up quite a following in Kerala. His tweets seeking votes for India's selection were retweeted by Malayalam film superstars Dulquer Salmaan and Prithviraj Sukumaran among others. The Punalur resident managed to snap up more than 10,000 votes more than his nearest competitor, securing India's entry into the expedition.

That was the easy part.

Having been selected, the 27-year-old made it to Arlanda, a place near Sweden's capital of Stockholm and thus began one of the most incredible journeys in the world.

According to the Niyog, the seven-day round trip was a learn-on-the-go kind of experience. On Day 1, the selected contestants were given science classes. Not the kind we got in school, rather the one that would mean the difference between life and death.

"We were taught to measure and keep a tab over everything. Our water intake, body temperature, and clothing had to be in accordance with the temperature outside. Creating a balance was of utmost importance," he said. The next day, the group travelled to Oslo in Norway. There, in a place called Signaldalen, the group was taught how to camp in the snow-covered mountains. Camping in mountain tops comes with its fair share of challenges as Niyog was to learn the following day.

After covering almost 75 kilometres on dog sled the party reached their camp site. "Dog sleds are difficult. You have to hold on tight. If you fall off, the dogs will run ahead without you. Breaking is probably the worst; you cannot stop the way you do normally. Every time you break, the sled goes sideways and you need to control that," chuckled Niyog.

The camp site had high winds, in order to pitch a tent the group had to cut large blocks of ice to create a fence. This only added to the problems.

"The hard labour of cutting ice blocks creates sweat. In Arctic climates, this sweat will freeze once you stop working and that could mean huge trouble," the 27-year-old reminisced.

The next day was about acquiring food and water. Creating sparks using a magnesium coil and knife to burn Superfuel, the purest form of petrol. Niyog and his group were also taught how they could make fire using the inside of pine tree barks.

After that, it was about surviving without basic amenities. The tents that the group had were taken away and they had to dig a trench to sleep inside it. "We had sleeping bags but what could that do in -40-degree temperatures. Moreover, the sleeping bags didn't cover our faces and the instructor told us that if we slept with smiling faces, it would get stuck like that for a week."

Sleeping in trenches also means that one could wake up the next day to find themselves snowed in. In the Arctic Circle, even sleeping requires caution.

However, Niyog says that a night in the Artic was an experience that could not be described in words. For the first time in his life, the boy from the southern part of India saw the Northern Lights. 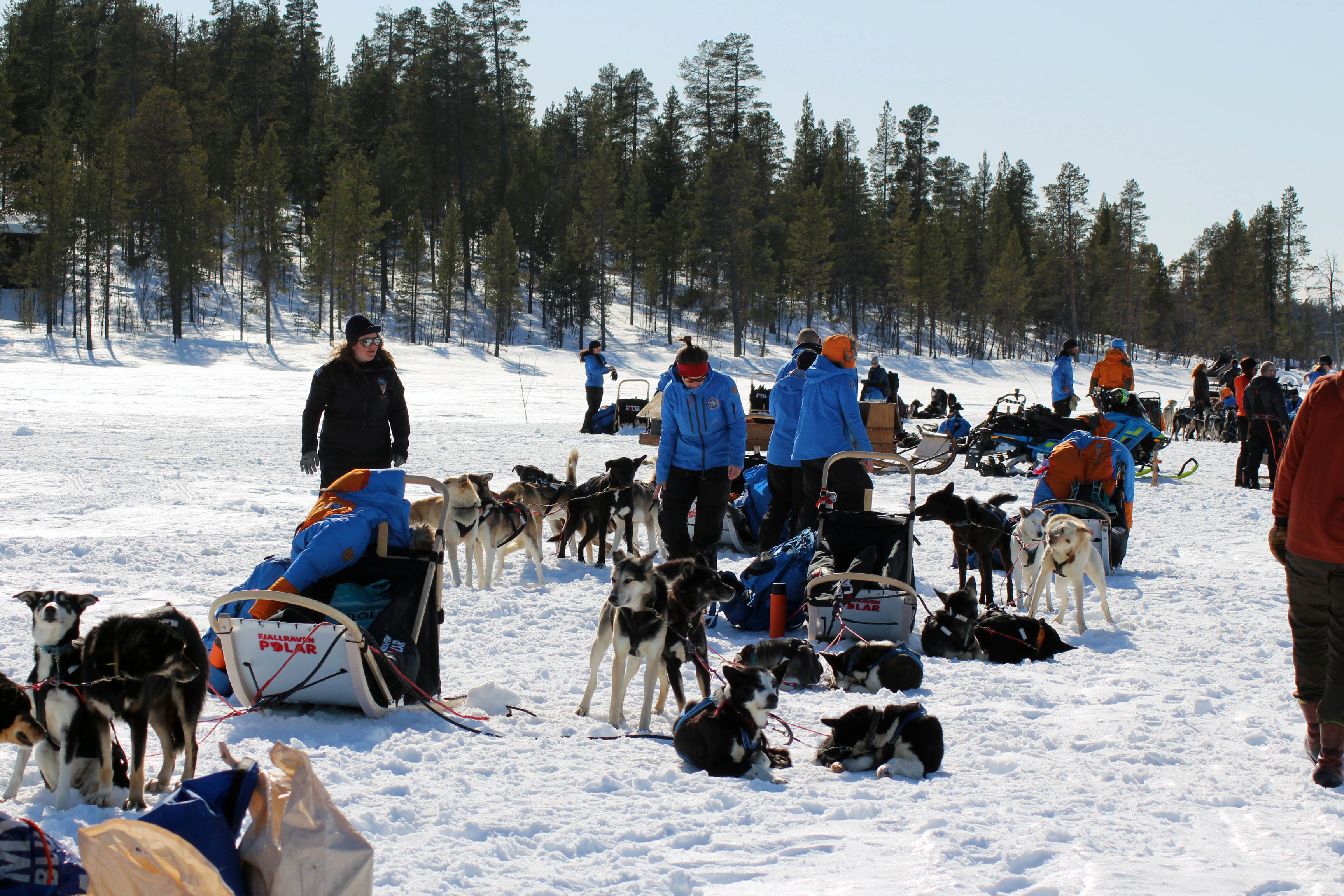 The group dog sled across the entire expedition to end up at Väkkäräjärvi in Sweden on their last day. There lay the toughest challenge of them all.

"The day began fine as we were taken to a sauna. It was a much-needed relief after the entire Arctic tour. We were all in only our towels. From the sauna, we were asked to step out in our towels into the cold. Then, a freezing bucket of water was poured over our head and we were ushered back into the sauna. This happened repeatedly."

The sudden shocks being given to the body culminated in every person of the group being asked to take a dip into an ice hole — a circular or rectangular opening made in the ice on a frozen body of water.

"They said, this was to prepare our bodies for shocks that it could receive if we were to ever fall into the water while sledding or walking over a frozen water body."

For Niyog, the entire adventure was about experiencing nature in its rawest, purest form. It was a back-to-the-basics journey, with rich insights into how humans may have lived and travelled during the beginning of civilization. But the expedition was not just a fluke. According to Niyog, the travelling bug had bitten him early on. The fact that he could finally muster up the votes to participate in the Fjällräven Polar Expedition owes entirely to his social media fan following and his status as a mini-celebrity in Kerala, thanks to his travel tales.

It all began at the age of four. His father, a travel enthusiast himself, would take Niyog along with him when he travelled to the neighbouring state of Tamil Nadu from their Kerala town of Punalur.

"I used to be fascinated with the stark difference you see when you travel from Kerala to Tamil Nadu. Not just geographical but also the culture, food, and attire changed. In just a few hundred kilometres, there was an entirely different group of people living there. That fascinated me and defined what travelling means to me."

Niyog's father used to always push his son to travel. After the boy gave his 10th Board exams, Niyog's father told him to take a journey across India. "The experience one gains from travelling can never be taught in schools," the wise man used to say.

Niyog did listen to his father and took a train to Delhi. From there, he went to Rajasthan and explored the state there but the journey, which took place in 2009, had to be cut short after the boy fell terribly ill. Just as Niyog was preparing to follow his father's advice again, calamity struck the family. In 2010, Niyog's father passed away and the weight of responsibilities weighed the boy down.

"I kept the idea of travelling aside and concentrated on my studies. Finished my Class 12th and went to study BA LLB in Pune. I was gearing up for what one would call a normal, average life."

Till about seven years after his father’s passing, other than a one-off trip, Niyog quenched his thirst for travel through books.

Somewhere along the way, a series of events led him into depression and insomnia for about six months.

Niyog said that during those days, what scared him the most were his own thoughts. "More than conflicts, war, and the uncertainties of the outside world, it is our thoughts that we fear the most," he once wrote on Facebook.

Niyog had reached one of the worst stages of insomnia where he began to hallucinate. But just when, at 26, he was on the brink of surrendering to his problems, the unwavering human will to survive made him fight back and Niyog started travelling.

"My main intention when I was going to begin my journey was to not let any thought enter my head," he said.

The backpacker was determined to fulfil his father's dream. To counter the baggage of his frail mental health, Niyog decided that he would complete the journey without taking any money with him.

Starting from Kanyakumari on June 1, 2017, Niyog hitchhiked all the way to Jammu. Over the next five months, he would borrow things from people and request them for food while explaining to them that he was travelling without money. The uncertainty of his next meal and the experience of meeting new people every day kept his grim thoughts away. "On the way, I met incredible people. Some gave me food, while others invited me into their homes. Each and every day of the journey became unforgettable. In Rajasthan, I reached a village where they had a mass exodus about 11-12 years ago due to water shortage. The few who lived there used to clean utensils using sand. An NGO, Manthan, was working in that region to create a rain water harvesting pit. I joined them and helped them out for a bit."

The incredible journey did not go unnoticed as his story went viral online. He went on to receive calls from veteran movie directors to work with them and tell his story.

That is how the LLB student has now become a scriptwriter/ director. When asked what his dream destination is, the answer is prompt.

"The Himalayas. The entire mountain range extends across five different countries. I want to experience it in its entirety," Niyog quipped with finality.