From Nilgiris to Darjeeling: Google Art and Culture App Lets You Hop On Trains, And Time Travel

You can now travel from Ooty to Calcutta through an app on your phone.

Have you ever wondered what would it be like to be inside the oldest steam engine in India, the Fairy Queen? Or ever wanted to travel the mountains of Darjeeling in its famous toy train?

At an event on Friday, Google and the Ministry of Indian Railways came together to launch a section called "Indian Railways" on the Google Arts and Culture app.

It lets you take a journey down the Nilgiri mountain range route or ride around Delhi's ring railway system, in full 360-degree view. And if you own a cardboard, you can even experience it in AR.

The idea stemmed from nostalgia. The director of Google Arts and Culture project, Amit Sood said that as a kid, he used to take the train from Hyderabad to Coimbatore.

"I would take the Nilgiri railway train route to get to my boarding school from the Ketti railway station. When I saw it in 360 degrees, it made me feel like I was present there, and brought back a lot of memories for me," he added. But it isn't only the journeys that are documented.

Subrata Nath, Executive Director, Ministry of Railways, explained to News18,  how they started the process of digitally documenting railway stations. "We started with World heritage stations, then moved to ones which have historical significance, are located at strategic points - like the Kalka-Shimla highway are the ones they wanted to document specifically because they also act as promoting tourism for India. We also looked at ones with architectural significance."

They are now trying to expand to more places. But it isn't only the architectural and journey that you can experience on the app. Ashwani Lohani, current Chairman of the Indian Railway Board stresses how it is not just routes and engineering that makes railway run - there are also people who facilitate this movement. "The Indian railways system has about thirteen-lakh employees, and they are the people who make up the system that makes the trains run so smoothly. Otherwise, your Rajdhaani express would never leave the station. Railways are also a human organization."

The stories of these extraordinary people are also told in the app, through videos and immersive storytelling.

Vally, for example, is a train conductor for Mettupalayam to Ooty and sings beautiful songs for her passengers. Now, after being featured on the app, she feels more people will appreciate her.

The story of Sudarshan Kumar, who has been working as an engineer at Kangra Valley railway line for eighteen years now, is also documented. When the Google team wanted him to explain what he does, he showed them this entire work-day-- it involved following rail tracks to making checks for any anomalies. 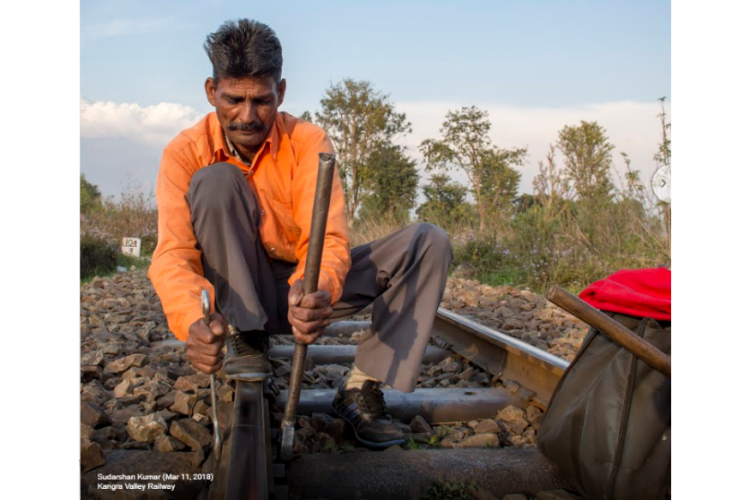 The section has documented more such stories-- of men and women in neon jackets who you blink and miss when your train runs past.

Rajan Anandan, Google India and South-East Vice-President said, "Railways are so much more than a just locomotive phenomenon. They have a place in our culture, history and individual life experiences."

Following this link will lead you to the Indian Railways section, which not only has the heritage, culture, human interest stories, but also how railways are intertwined with art, culture, music and more, and promises to make you feel a tinge of nostalgia.