The modern-day disposable cup that fans were quick to spot in Game of Thrones Season 8 Episode 4’s scene from HBO’s popular medieval fantasy show was actually from a local coffee shop in Banbridge, Northern Ireland, close to where the Winterfell celebration scene after the "Long Night" was filmed.

Photos and videos of the out-of-place cup went viral on social media within hours of GoT airing worldwide. 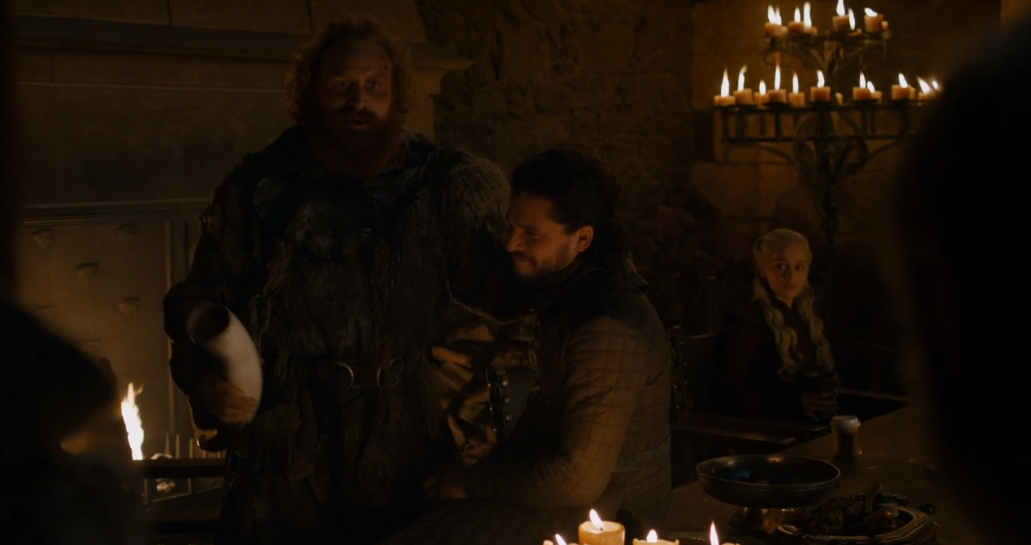 Frenzied social media users assumed the cup was a Starbucks beverage and flooded the Internet with its name and memes.

Daenerys Stormborn of House Targaryen, the First of Her Name, Queen of the Andals and the First Men, Protector of the Seven Kingdoms, the Mother of Dragons, the Khaleesi of the Great Grass Sea, the Unburnt, the Breaker of Chains, and Drinker of Pumpkin Spice pic.twitter.com/BOPdolRhXz— Ira Madison III (@ira) May 6, 2019

ooooh i get it now they all have STARBUCKS names pic.twitter.com/SSj5skShLo— jonny sun (@jonnysun) May 6, 2019

Stacy Jones, CEO of marketing company Hollywood Branded, put the estimated value of the entire unintended buzz at $2.3 billion. Jones cited PR subscriptions service Critical Mention, which has tallied 10,627 mentions of Starbucks and Game of Thrones online and on TV and radio around the world.

"This is a once-in-a-lifetime collision of opportunity for Starbucks," she told CNBC. "But really, this is just the tip of the iceberg, because what isn't being monitored or estimated is the word of mouth and social media on top of this."

Separately, social media analytics and monitoring platform Talkwalker counted more than 193,000 mentions within 48 hours that cited both "Starbucks" and "Game of Thrones," or a variation of the series' hashtag, on Twitter, in social forums, blogs, and news sites.

HBO has used digital editing to remove the cup from future airings of the fourth episode.