Conscious of sexuality but allured by anonymity

Apoorv*, 31, was very excited when someone he met on Grindr, a popular dating app for gay, bisexual and transgender men, asked him out on a date. He didn’t expect it to turn into a nightmare.

“He seemed like a normal guy. We met on Grindr, exchanged numbers, photos and quickly moved to WhatsApp," Apoorv said.

He recounts how his ‘date’ had first asked to meet at Ramakrishna Ashram Marg metro station, but then kept changing the meeting point until Apoorv finally ended up near a secluded park.

“I was nervously waiting from him when suddenly two men approached me from behind, held me tightly and started raining abuses," Apoorv said, remembering the horror.

Apoorv’s ordeal didn’t stop here. Two more men joined them and he was forcibly taken to an unknown location where he was raped and robbed.

Apoorv said he was forcibly fed ‘some liquid’ and he lost consciousness after that. “When I woke up they were there and kept raping me and beating me one by one. They took my phone and ATM cards - withdrew 25,000/- and threw me out," he recounts, his voice cracking as he tries to recall the horrific incident which pushed him to depression.

Apoorv was suicidal for many months that followed. It’s been five years, but the traumatic event still gives him nightmares.

The 31-year-old had then somehow managed to take an auto to reach a friend, a doctor. It was this friend who paid for the auto and administered first-aid to Apoorv.

Like many in the LGBT community, Apoorv used Grindr, an app where you can anonymously look for other men for casual dates, friendships and hook-ups. It’s just like any ordinary dating app, with way less verification process, perhaps to ensure the anonymity remains. Everyone with a valid email ID can join Grindr. Unlike Tinder, where you link your Facebook account for verification, no such verification is needed for Grindr. This anonymity is the selling point of the app and also the most dangerous aspect of it. Apoorv is not the only who has endured this agony. There are many like him in the community who are targeted because they are discreet and until decriminalisation of section 377, they had no legal recourse to seek justice or pursue the case.

Another gay man, Shouvik*, 26, had a hard time getting back to social media after he had an awful experience on Grindr. What he expected to be a nice casual date ended up with him being robbed.

“I was on a scooter, waiting for him. We had been chatting for a while. On reaching the meeting point, I opened the app and realised that he changed his bio on the profile to a “guy for paid sex”. I was stunned and immediately messaged him to come just for a casual meeting. He arrived and we started conversing normally. He asked for my scooter keys and drove me to Nehru place to a restaurant. All this while I was under the assumption that he had read my message for a casual meeting. Upon reaching there, he suddenly asked for a debit card and I was taken aback. Our romantic conversation changed to verbal abuse when I refused to pay him money," Shouvik recounts his dreadful encounter.

After the spat, Shouvik’s abuser refused to return his scooter keys and threatened to reveal his identity. He created a scene in the restaurant where the couple had met. He furthered threatened to cut Shouvik’s face with a blade and call his friends if he doesn’t pay him Rs 3,000. “This is what he called ‘his normal fee’ per meeting’," Shouvik adds.

A petrified Shouvik somehow managed to settle the matter for Rs 2,500 and ran away. “I was so scared that I fell ill after the incident. I hurriedly deleted my profile and didn’t use Grindr for the next 6 months in fear," he said.

Shouvik’s nightmarish date, meanwhile, has quietly changed his bio back to where there’s no mention of paid dates. All this, he said, is his modus operandi of trapping innocent people for ultimately extorting money by changing his bio on the profile just before the meeting. “I met one of the guy at the decided spot and we walked to his place. His face did not exactly match the photo on his Grindr profile and I was a little anxious. My anxiousness grew as I didn’t spot the other guy. As we entered his place I changed my mind and told him that I am not interested," Keshav said.

“As I turned back, he held my elbow and forced me to stay back. I hurriedly got out of the place. He tried to stop me, and tore off my shirt," Keshav recalled.

“I understood what they wanted and managed to get inside the metro station and complained to the security about two guys trying to rob me. They vanished and I never saw them again," Keshav said. 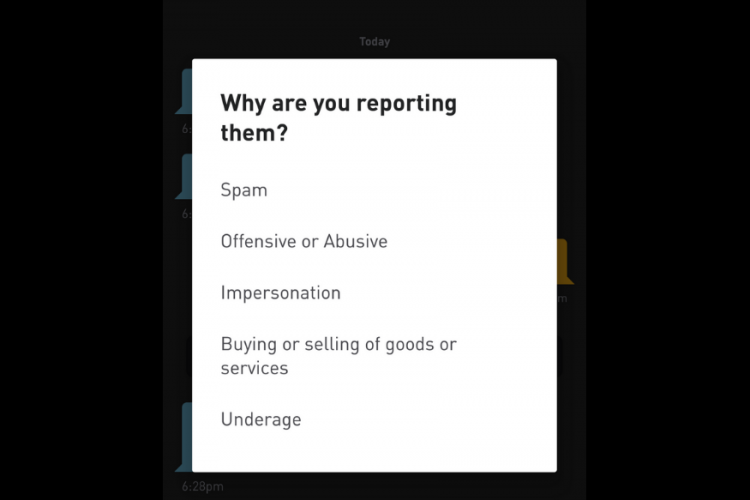 All these cases had a similar story - the perpetrators did everything in or near public places, exploiting the common vulnerability of the victims, all of whom were closeted and highly concerned about their sexuality.

The cases also took place before the scrapping of archaic section 377 of the IPC. But for those who still don’t want to come out and prefer to remain discreet about their sexuality because of the family and societal pressure, the decriminalising of Section 377 is almost meaningless.

Delhi based Lawyer, Mihir Samson, who was also a part of Lawyer’s Collective, the group which was involved in the petition for decriminalising gay sex in India, sees a pattern in these incidents. He said that there are a number of organised gangs involved. He confirms that he gets a lot of these cases and there is common design in these crimes.

“Blackmailers were not simply targeting random people. They usually target somebody who is not out and not well connected. The other criteria for them is to target those who are married and older. With their families around they tend to be more vulnerable. Some of the worst things have happened with the married guys because they have a lot to lose with their kids and family around. They are scared of their own family breaking up. The problem is that these gangs are more organised but the community is not," Mihir said.

The lawyer said that in one case the police also involved with the blackmailer. “The blackmailer got Rs 4 lakhs and the police got their own cut. You can see the amount of fear in the victim that he had to pay lakhs to get out of the problem."

With 10 million downloads on Google Playstore, Grindr is one of the world’s largest social media app for gay, bi and trans men. It is currently available in 192 countries, including in countries where homosexual relations are illegal. With such a large user base, the app is supposed to be more responsible towards such cases, especially in countries where homosexuality is a taboo.

But Grindr currently does little to stop this. Though one can report a user on Grindr for being spam, offensive, an impersonator or underage etc, the same user can simply be back with a new email id and new account in minutes.

When Shouvik downloaded the app again after the assault, he could still see the same guy online with a different handle but the same image. This simply means that he can still target the innocent discreet guys with impunity.

Grindr did not respond to our queries regarding the steps needed to be taken to tackle this problem.

But Mihir said that the user needs to be more careful. He lists out following steps to, at least, prevent such cases:

1. Verify the person’s profile by his Instagram/Facebook profile. This should give you some idea about his background. Try to figure out if the person is genuine.

2. Be alert if the person is asking a lot of personal questions- where you work or how much you earn. This is a major red flag.

4. If possible, inform someone about the meeting, by preferably sharing your GPS location.

The impact of the extortion and assault was clear on the victims. Apoorv, after the rape, got into depression and turned suicidal. Shouvik stopped using any social media platform for months after the incident.

Whereas, Keshav now rarely looks for hook-ups on Grindr and has become very cautious of meeting anybody. In fact, he said, “I am never coming back to Delhi after this".

*Names have been changed to protect the identity of the victims.