Gully Ki Awaaz: The Hip-Hop Revolution on Streets of Mumbai

Indian Hip-hop has evolved into a diverse and rich culture where different kind of music coexists and more often than not, the artists stand in solidarity, and show support to one another.

What is Indian Hip-Hop?

a) Pavement poetry with a beat,

b) a legitimate academic course in Mumbai University,

c) Bollywood's formula for a hit item number or

d) a subaltern cultural revolution that began on the streets of Mumbai but is now one of the most talked about topics in India, thanks to Ranveer Singh and Alia Bhatt's upcoming film -- Gully Boy.

An underground music movement, that originated on the streets of the Bronx, New York and soon grew into a subculture, arrived in India on the Bollywood boat.

The first basic form of rap to ever appear in Indian popular culture, was Ashok Kumar's song, 'Rail Gaadi', in the film Aashirwad. There have been many Bollywood songs since then which had used elements of rap -- like Rangeela's number, 'Yayi re', or 'Stop That' from Gambler --- but Bollywood was never really bold enough to pick up hip-hop until Yo Yo Honey Singh and Badshah burst into the scenes and showed the producers how one hip-hop number can popularize any film.

Amid all the Hip-hop appropriation, the boys from the gullies of Dharavi claimed this musical form and made it their own.

In the 90s, the glory days of Independent music in India, it was Baba Sehgal who kept this genre alive and is therefore always known as the king of Indian rap. Hard Kaur, too, kept this genre going with many Bollywood songs before Honey Singh and Badshah took over.

Zoya Akhtar's film, Gully Boy, however, has taken this genre of music to every Indian household, bringing into limelight an already thriving and a very desi sub-genre of Hip-Hop -- the gully rap.

Primarily, two Mumbaikars -- Naezy and Divine -- popularized the Gully rap and achieved success with not only their musical numbers like 'Mere Gully Mein', 'Yeh Mera Bombay', and 'Aafat' but also with their stage shows, and social media presence. However, there are many other rappers and hip-hoppers like Swadesi Nation, 7Bantai'Z, MC Altaf, Dee MC, Brotha Hood, Mumbai's Finest and Dopeadelicz who render a rich diversity and bring in many new types of tunes and topics to the hip-hop scene in Mumbai, making this city the biggest hub of hip-hop in India.

While they are all excited that Hip-Hop is enjoying so much attention for Akhtar's film, they are also aware of the responsibility that they now have, to take this genre forward.

"It's a huge responsibility on us to check what we are releasing and to see what direction we are taking hip-hop because now we are on the driving seats," said Naezy, who is an inspiration to any new kid entering the hip-hop scene in India. Despite tasting success with his music, the artist said, that his parents still believe that he should do a 'proper 9 to 5 job' and are skeptical of his career choice. 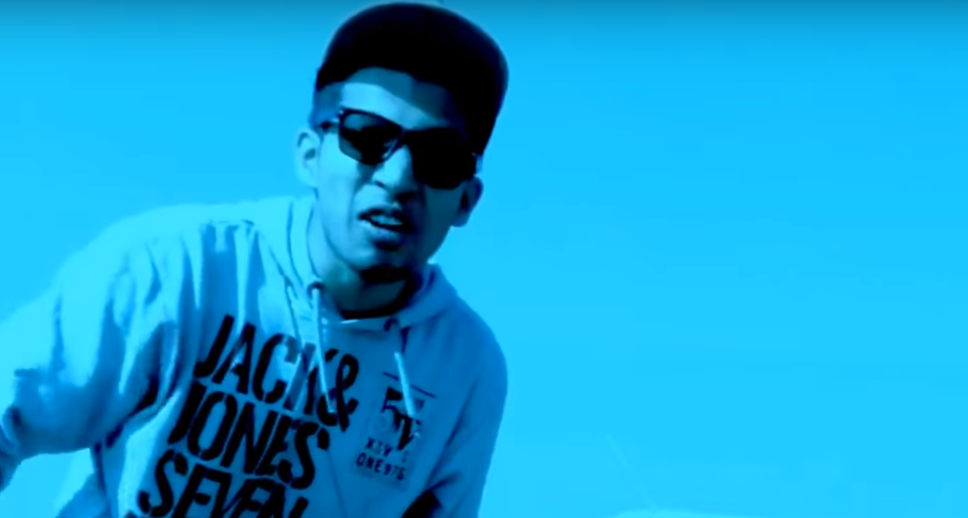 Not just Naezy, many new upcoming artists, who are fairly young face the first wave of opposition at home, from the parents, much like Ranveer Singh's character does in Gully Boy.

"India as a society accepting hip-hop will start at home, only when families start accepting that it is okay that you are a hip-hop artist," said Dee Mc aka Deepa Unnikrishnan. Early in her career, she would miss out on many gigs because her parents wouldn’t let her travel late at night, but things changed once she moved out. Unnikrishnan believes that a woman hip-hop artist has greater opportunities in this industry. 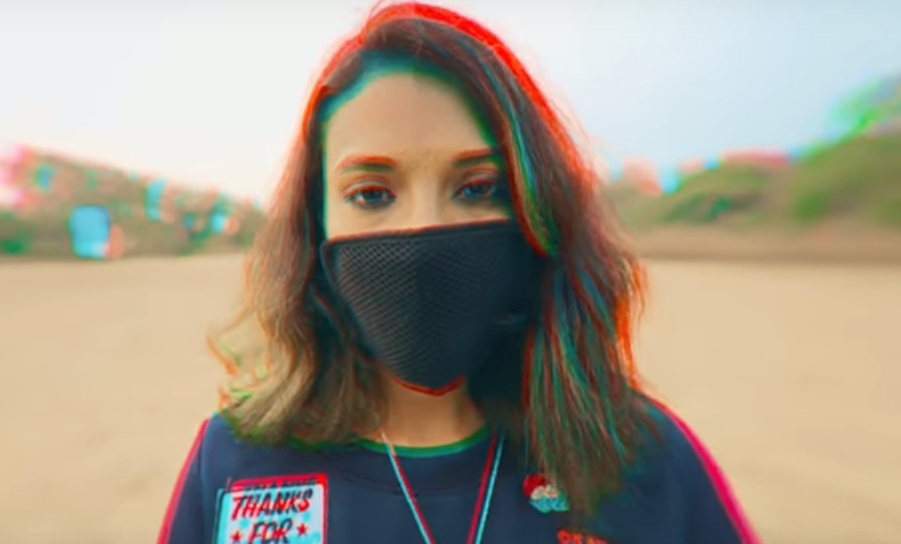 "There is a lot of demand and there is barely any female rappers. When it comes to male rappers and there is a project where a male rapper is required, they can go asking around and have ten-fifteen rappers to pick from. In the case of females, the numbers of female rappers are so less that there is an advantage. We get leverage because of that. So in a way, hip-hop in India is super woman-empowering. The paradigms have shifted here,” added Dee MC with a laugh.

It is the number of gigs that an artist gets that keeps them afloat in the hip-hop scene. While almost every single one of them have their music videos out and already have an album or is in the process of making one, economically, they barely ever benefit from their music.

"Right now I think there is more money, since there wasn't any before... lots of people are making music that's hip-hop driven and they know how to make it... but still there is a big gap in how to make money, or how to even make a whole proper song,” said a member of Mumbai's Finest.

The music hip-hop artists make only help them to maintain a good social media presence and book new gigs. Therefore, most of their sounds, are unadulterated emotions on the beat. While there is ample coolness in Gully rap as well as other new Indian sub-genres of hip-hop, unlike western raps, cuss words are not thrown around like confetti and are only used to add meaning to the narrative. Naezy pointed out that while he doesn't use many profanities in his lyrics when there is a need, he feels he has the freedom to use them without being judged.

Another unique feature of Indian hip-hop is that most often than not, the songs are personal narratives on social issues -- be it corruption, bureaucracy, poverty or even a plea for legalising dope. Their poetry is not only personal and evocative but also contains messages which impact us all as a society. Perhaps, that's the reason Gully Rap stands a chance in becoming mainstream.

"The hip-hop scene has sparked up now... The aunties and uncles also understand it. When they hear hip hip they understand that the boys are talking about sensible issues," said MC Altaf, who is Ranveer Singh's latest buddy, and have shown him how to get the hip-hop swag.

"Ranveer Bhai never made me feel that he was a big star and I am just a rapper..." said MC Altaf.

"I didn't even have to teach him many slangs because he mingled with us and picked those up himself. He always liked listening to hip-hop, especially in the gym. But before he listened to foreign hip-hop, now he listens to ours'. He talked and chilled with us, so we felt like he was our homeboy." he added.

"Zoya ma'am says that there are many talented artists who get views and have a good fan base on social media but they are not getting opportunities of higher level, like a label or a film, or a Bollywood film,” said one of the members of 7Bantai'z - a group of seven teenage boys, who can give anyone a run for their money with their fashion sense, and innate swag. "In Rajasthani culture, people wear turbans, in hip-hop, we wear sunglasses, baggy jeans, and track pants,” said another member of 7Bantai'z as he adjusted his yellow shades.

Hip-hop, however, is more than just swag. “Hip means knowledge, and hop means movement. So, Hip Hop means knowledge movement,” said MC Mawali, a member of Swadesi Nation. "Hip hop has six elements -- beatboxing, rapping, graffiti, DJing, and knowledge," added his bandmate, Maharya. Naezy called it an expressive art form. "We can tell people what we actually feel through hip-hop. We can take out our frustration and express ourselves," he said.

"Hip-Hop is all about unity. It is all about coming together and doing something for the community," observed Tony Sebastian of Dopeadelicz. For Dopeadelicz, this genre of music has also been a great way to reclaim their identity and talk about their community. The band is Dharavi based, from where some of the finest rappers of India have come, making one of Asia's largest slums a hub of groundbreaking musical talents.

"There has been a lot of rappers who have come from Dharavi and who made it to a whole new level. AR Rahman has been here, even Rajinikanth sir was here for his movie Kala and now Ranveer Singh is here. So, Dharavi is treated as a hub where people come, share their experiences, learn something new," added Sebastian.

Sebastian’s band member, Dopedaddy, pointed out," Before they (people) were looking into Dharavi's poverty and gangster scenes. But now it is more beautiful, people are going to schools, they are making music, they are into cultural activities. They are making things more beautiful. It is our time now, we feel."

Indian Hip-hop has evolved into a diverse and rich culture where different kind of music coexists and more often than not, the artists stand in solidarity, and show support to one another.

"I think people differ with some opinions, some people are doing certain things that some people don't like, and I think that's how hip-hop is. You can be clean about it. It's all about perspective," said a member of Mumbai's Finest.

"There is no point of fighting with each other. We are the same family and are all under the same roof. There are a lot of genres of hip-hop that people listen to, if we don't come together our audience won't come together," observed Tony Sebastian.

Things have certainly changed for Indian hip-hop artists in the last decade. Brotha Hood said, " When we started out, we did not get entries in clubs because basically, the music they would play would be Bollywood. But now, you would notice that every club, every gig, every sponsor wants a piece of hip-hop. Six or seven years ago, it was unimaginable that someone would make a movie on Gully rap."

"Normal people will come to know what hip-hop is all about and I think it will only get better from here," he added.

While the hip-hop community of India is really looking forward to the film, Dee MC said, "I really hope hip-hop doesn't become something to do for a short while, just because it is the thing right now. It's a way of life." Naezy too pointed out that what the Indian artists are hoping for is a hip-hop revolution, and Akhtar's film is just the beginning.