'At the end of the 21-day lockdown, I fear people will come out of their homes to find their streets lined with animal carcasses,' a dog feeder from Bengaluru said.

At first, social and economic lockdown appeared to be a wonderful opportunity for pet parents to reunite with their pets. Just a few days of isolation, however, reveals a much harsher reality.

Keshav*, 39, was on his way to a veterinarian in Mumbai on Wednesday night, Day 1 of the 21-day national lockdown implemented to combat the spread of coronavirus. He was wearing a mask and riding pillion on a bike driven by a friend with a sick Lhasa Apso in his arms and a hand sanitiser in his bag when he was stopped by a couple of policemen. "At first they abused me for being out on the streets during the lockdown. When I told them that my dog was sick and that I was going to the vet, he called me selfish for risking the nation's life for a mongrel."

The cops went on to beat the man with lathi and also landed a blow on the bike but Keshav says what hurt him more was the insensitive attitude of the cop. "My pet is like my family member. Veterinarians are open because they are counted among essential services. But these cops are just ignorant to all of that," the 39-year-old event planner and parent to two dogs, tells News18. 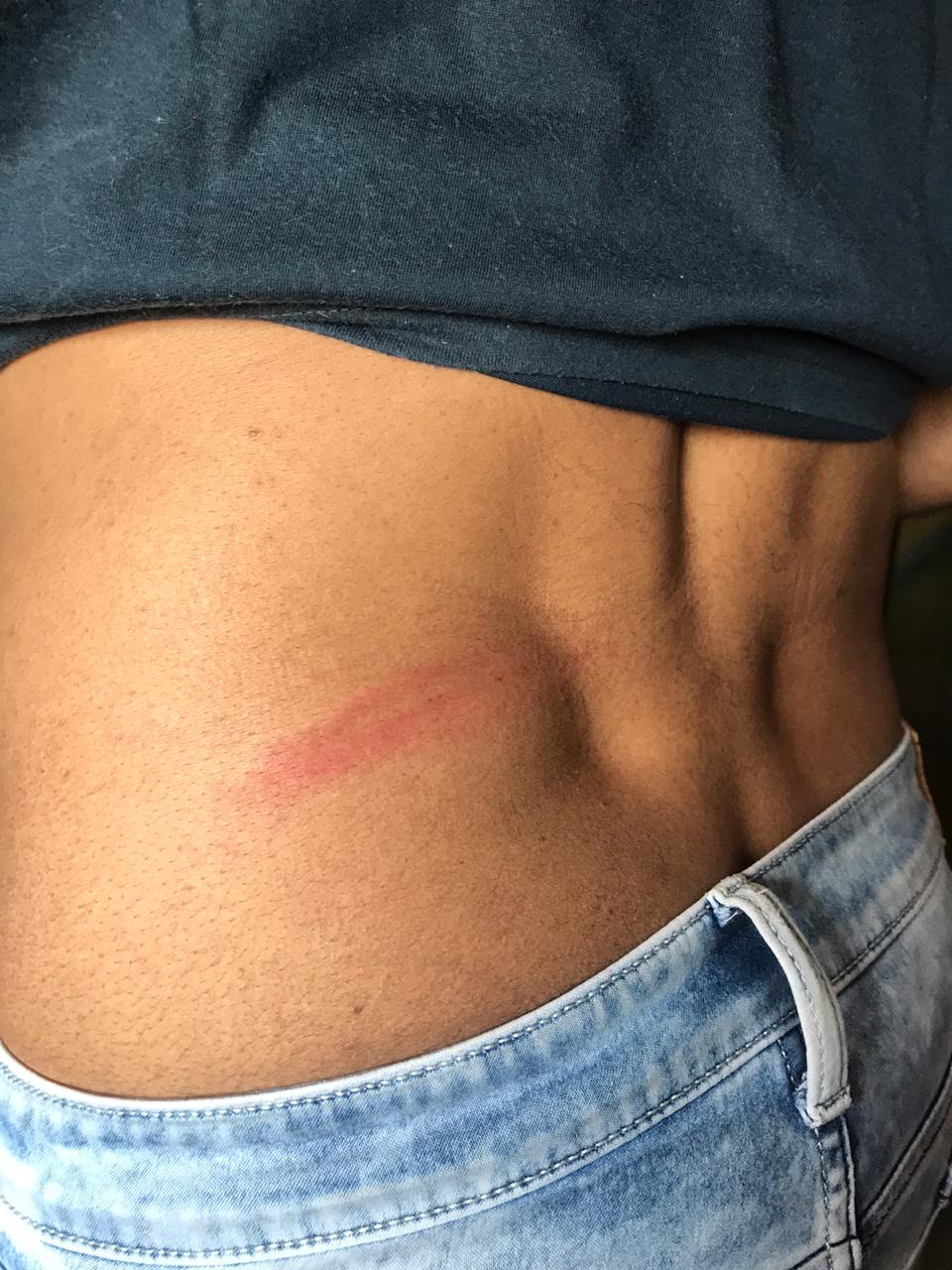 (Keshav*, an event planner, was beaten by police with a lathi while he was on his way to the veterinarian, which remains open as essential service despite lockdown)

It isn't just pet owners. Animals rights activists and animal feeders across the country have been complaining harassment from police and the lack of planning and resources to deal with the animal welfare crisis that was staring in India in the face. With supply chains obstructed across state borders, animal feeders fear food will soon run out. And many are facing obstructions when it comes to feeding the animals.

On Thursday, Delhi resident Shruti Banda took to Twitter to narrate how she was harassed and threatened by residents of her housing complex who called the cops on her because she was feeding strays.

I was alone, feeding my dogs, and this man got the entire society down, I was abused, my family was. And rules were broken. Police was called. (Couldn’t post the entire video cause of the limit) @Manekagandhibjp @KDMCOfficial @PetaIndia @MumbaiPolice pic.twitter.com/clBska0oyI

Despite passes for animal feeders being made available in each district at the behest of Bharatiya Janata Party leader Maneka Gandhi, animal feeders across the city are complaining about similar cases of harassment and obstruction.

According to Delhi based animal feeder Rukmini Sekhar, the police and RWAs were the biggest impediments. "Most RWA members WhatsApp forward nuts who believe animals spread coronavirus. They don't want anything to do with feeding the animals," Sekhar says, adding that what RWAs seemed to miss was that if the animals weren't fed, there'd be other problems - dead bodies piling up.

Bengaluru based cytogeneticist and animal feeder Prerna Chakravarty agreed that with food running out in stores, even feeders would have a hard time preventing the inevitable. "At the end of the 21-day lockdown, I fear people will come out of their homes to find their streets lined with animal carcasses".

Not just dogs, cows and horses have also been facing the brunt of the lockdown. In Kolkata, where horse-drawn carriages are still a sorry reality and horse-based sports are popular, animal feeders report seeing horses walking loose on streets, seemingly abandoned by their owners. Feeders from Delhi and Bengaluru report restless cows snatching at groceries people purchased or wrecking vegetable carts. "It's appalling," Rukmini Sekhar sighs. "Where are the gau rakshaks now?"

In his address to the nation, Prime Minister Narendra Modi appealed to Indians to feed animals in this time of crisis. But activists feel that the message needed to be reinforced at every stage and in multiple languages. Chakravarty, who works on the outskirts of Bengaluru, suspects that the fact that most of the messaging are in Hindi or English, and not in regional languages, plays a huge role in adding to the ignorance of people. "If the government takes it seriously, people will too," Chakravarty feels.

Mumbai-based animal rights activist Anand Siva points out that the problem was three-pronged. "First, the problem of ignorance, second the supply depletion and third the problem of safety of animal welfare workers."

Siva points out that feeding strays isn't the only issue. The activist who works predominantly with rescues says that the severe checking and restriction on movement spelled doom for people carrying out animal rescue activities. Siva himself was stopped by cops three times on his way to rescuing three abandoned kittens in Mumbai on Thursday night.

Yet another impending problem is overpopulation. In the absence of regular sterilisation, the stray animal population, especially dogs, will multiply exponentially. And with food at a premium, the increase in numbers would lead to an increase in dog fights and feral dogs attacking humans. 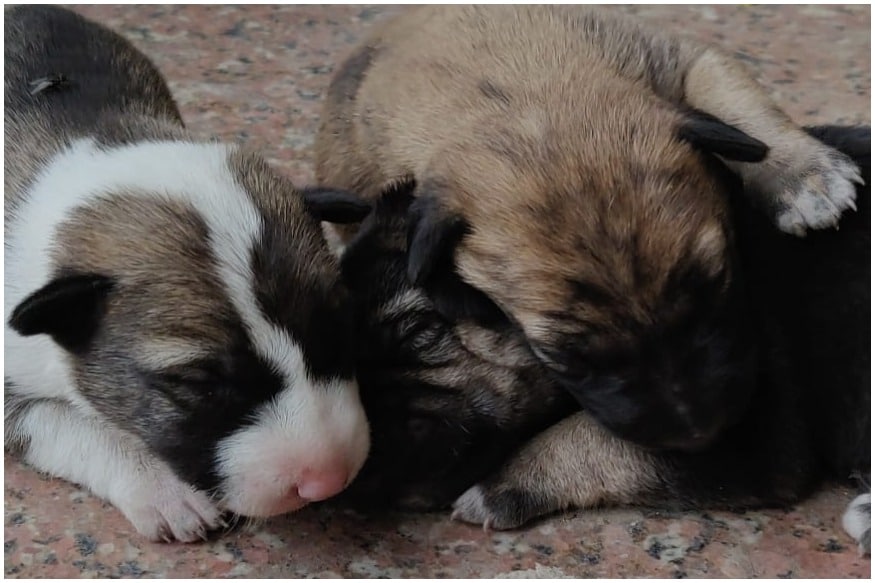 (The number of strays is likely to increase exponentially in the absence of regular sterilisation. Image credit: Rakhi Bose

Alexandra Gade, who has been feeding dogs for over six years, says that she has never seen dogs behave this way before. "They are restless, they are snatching at food, they are attacking each other," it's total chaos. The Kolkata-based animal lover who has eleven rescued dogs at home, also complained about the skyrocketing prices of chicken. "I am paying Rs 250 for what was Rs 150 for 1 kg chicken. We are running out resources," she tells News18.

Activists like Siva and Gade from Kolkata, call for stricter steps from the government toward the welfare of animals. "For starter, the government needs to figure out how to provide permits online, they need to provide animal feeders and pet owners with transport licenses or registered vehicles to move animals and supplies, they need to form a connected network of animal welfare workers for smooth cohesion," Gade says.

But while the country struggles to feed all of its 1,3 billion-strong population during one of the most severe public health turned economic crises ever to hit independent India, many fear the howls and cries of animals would be the last to reach the higher echelons of policymaking.
Tags: