Hardik Patel, the hot-blooded young leader of the Patidar agitation

In a press conference before the huge rally in Ahmedabad, Hardik said they don’t want any donations in the name of the agitation.

The Patidar Samaj has found a rebellious young leader in Hardik Patel. This 22 year old has grabbed eyeballs of an entire nation by rallying close to 20 lakh supporters in a single agitation. Here is what you should know about this ‘angry young man’.

Hardik was born in 1993 at Viramgam taluka, Ahmedabad district. He pursued BCom in college.

His father, Bharat Patel, is a dealer of pumps and also connected with social services. Apart from his father, Hardik has a younger sister and mother.

He joined Sardar Patel Group (SPG), a large community service organization of and for Patidars, in 2011. He quickly rose in rank due to his hard work and ambition and was made taluka president of SPG after he introduced 20,000 youths from the community in the organization.

At 17, as a student in Sahjanand College, Ahmedabad, Hardik launched the Patidar Anamat Sangathan. This college movement was aimed to protect the interests of the Patel community. The issue of reservation status for Patels cropped up in one of the meetings at SPG earlier this year. Hardik's idea to advocate a movement towards it was, however rejected by the organization.

In July 2015, Hardik launched Patidar Anamat Aandolan Samiti, and started the agitation towards his goal of getting reservation status for the Patel community.

Interestingly, the older organization, SPG, soon joined in for the cause.

In a press conference before the huge rally in Ahmedabad, Hardik said they don’t want any donations in the name of the agitation.

An older video on YouTube shows Hardik carrying a rifle, a sword and a pistol. He is also seen making speeches to large gatherings. About carrying weapons, the young man said in an interview that they are a symbolic gesture to protect his ‘community from oppression’. 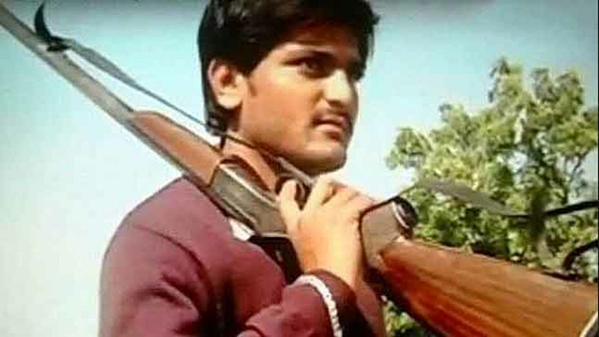