Why Does Google Think Salman Khan is the 'Worst Bollywood Actor'?

Anurag Verma
A couple of months ago, a Google search result sent the social media users in a tizzy.

Not just the Prime Minister but a basic search for India's first Finance Minister and defence minister too threw up the ministers in power as a result. After the social media uproar, Google promptly fixed the issue. 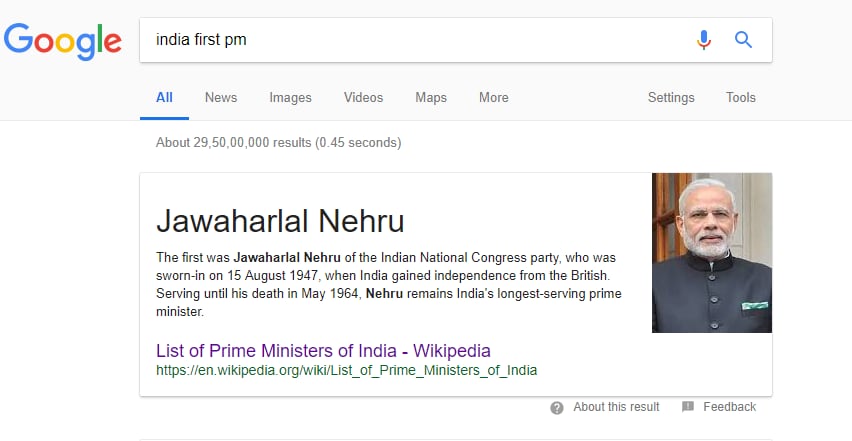 And, now, for reasons best known to Twitter, people are sharing screenshots of "Worst Bollywood Actor" Google search and guess who shows up in the results? The bhai of Bollywood. Salman Khan. 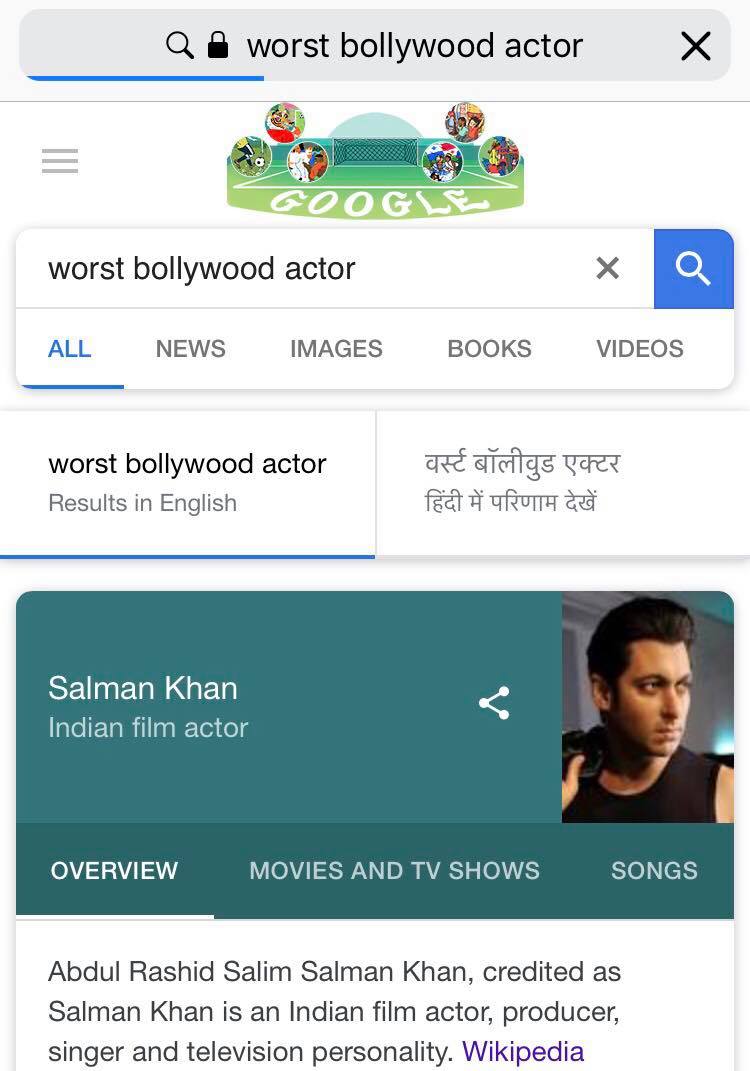 Or you could get creative and type "Worst Indian Actor" and bhai would still show up on top. 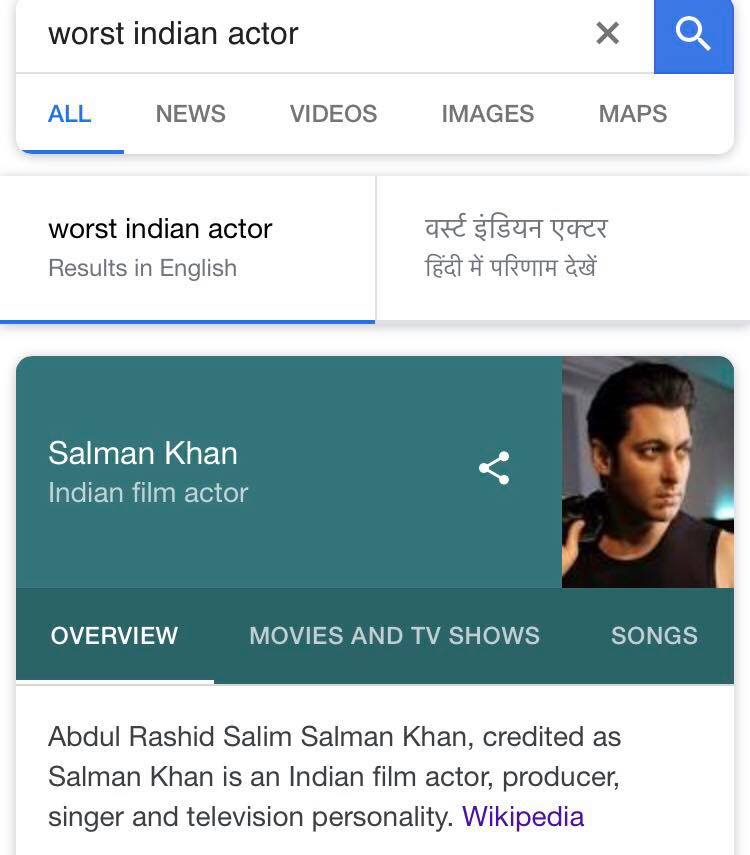 Naturally, Twitterati were fascinated by this discovery.

Okay I tried 'Worst Bollywood Actor' and the result didn't surprise me but THIS did pic.twitter.com/VKRwqp33UG

But why is Google showing this?

Here's a brief explanation. When you type a keyword on Google, it shows up articles, threads, and posts that have meta tags as that particular keyword. What it means is tons of people have uploaded images, published articles or written posts about Salman Khan with "Worst Bollywood Actor" as a tag.

"Google search results are determined by algorithms and there's no individual or group deciding what results to show for each query," a spokesperson from Google told News18.

Google believes that Race 3's negative reviews could have also added to bhai's misery. Meaning the reviews published by film critics panning the actor and having keywords or tags such as "worst actor" in their articles have further pushed Salman Khan's name to the top of the Google search result.

A possible fix to this Google search result "glitch" would be bhai delivering a performance in his next release that would impress the audiences as well as the critics. Till then, we have our fingers crossed.
Tags