In a letter, the Hindu Sena chief wrote that he is completely 'shocked' that a train named after Tipu Sultan exists in the country.

It's the season of the renaming of things. First, it started off with cities and now it's already on to trains. Yep.

A day after demonstrations and protests broke out in Madikeri in Karnataka early as the government-sponsored celebrations for the birth anniversary of the controversial 18th-century ruler of erstwhile Mysore kingdom Tipu Sultan began, a fringe right-wing organisation Hindu Sena is demanding a change in the name of a train. All because it's named after Tipu Sultan.

In a letter to Minister of Railways, Piyush Goyal, the chief of Hindu Sena group, Vishnu Gupta, writes that he is completely 'shocked' that a train named after Tipu Sultan exists in the country. "On the one hand the BJP is protesting the move of the Karnataka government organising Tipu Sultan Jayanti and on the other hand BJP ruled central government under the Indian Railway has allowed a train to named after Tipu Sultan." [sic]

Gupta in his letter requests Goyal to rename the train as Ananth Express as a tribute to Ananth Kumar, who passed away on Monday at Karnataka's capital Bengaluru.

He represented Karnataka in the Lok Sabha from the Bengaluru south constituency since 1996.

Expressing his sadness over Ananth Kumar's death, PM Modi, in a tweet, said he was "a remarkable leader" who "went on to serve society with utmost diligence and compassion"

"Ananth Kumar was the true son of Karnataka," the letter read.

Here is the letter that the Hindu Sena chief wrote to Mr Goyal: 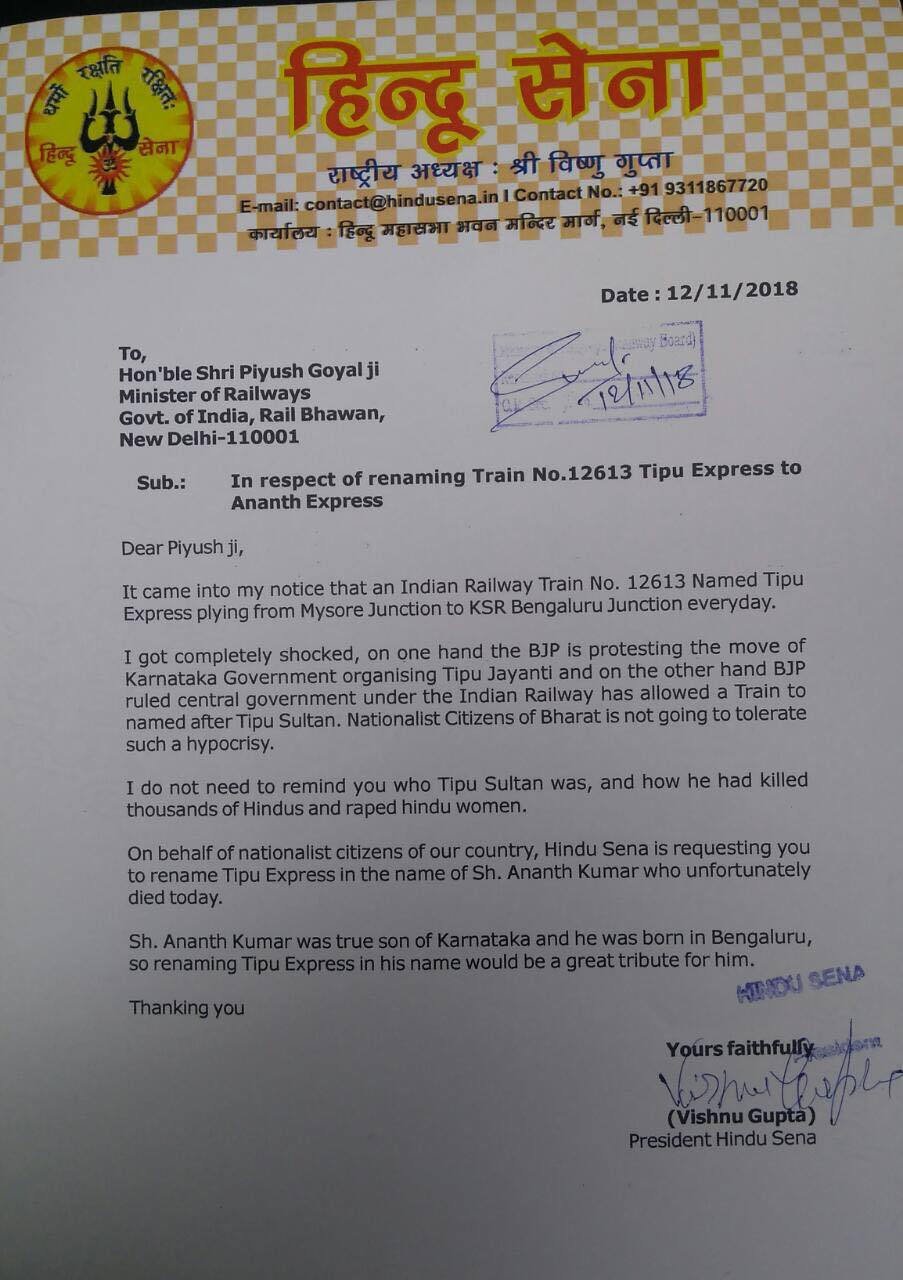