News18» News»Buzz»How Do Astronauts Survive in Extreme Temperatures in Space? We Have The Answer
2-MIN READ

How Do Astronauts Survive in Extreme Temperatures in Space? We Have The Answer

In space, nobody can hear you scream.

Space is not a kind place. While many of us had the dream of being an astronaut, perhaps not all of us would survive the physical conditions that space offers.

Space has no gravity, no source of light and extreme temperatures. So how do the astronauts who make it to space actually survive?

An Engineer and Mission Manager at NASA, breaks down on Quora on what and how astronauts in space actually manage to survive.

Bob Singer, who works at Goddard Space Flight Center managing the interface between NASA and users of the Tracking Data and Relay Satellite System, explains how in the International Space Station (ISS), "it is a matter of heat distribution. One side is cold, the other really hot due to solar radiation", the same way that sunlight feels when exposed to your skin.

“Without thermal controls, the temperature of the orbiting Space Station's sun-facing side would soar to 250 degrees F (121 C), while thermometers on the dark side would plunge to minus 250 degrees F (-157 C). There might be a comfortable spot somewhere in the middle of the Station, but searching for it wouldn't be much fun!"

Fortunately for the crew and all the Station's hardware, the ISS is designed and built with thermal balance in mind -- and it is equipped with a thermal control system that keeps the astronauts in their orbiting home cool and comfortable,” said NASA's Science Mission Directorate.

Singer explains the concept of retaining heat in space with an analogy - that of a blanket. "In space, it's a matter of insulation. Just as your blanket keeps your body heat in so you stay warm in bed, NASA space suits have insulation systems as well as heaters."

Another high-tech insulator uses micro-encapsulated phase-change materials. These are microscopic balls filled with chemicals that change state according to temperature, i.e go from solid to liquid and back to solid depending on the external temperature.

NASA researchers developed this for use in astronaut glove liners. When a person's body temperature rises, the material absorbs the heat. When it drops, the material gives off the heat, providing warmth. 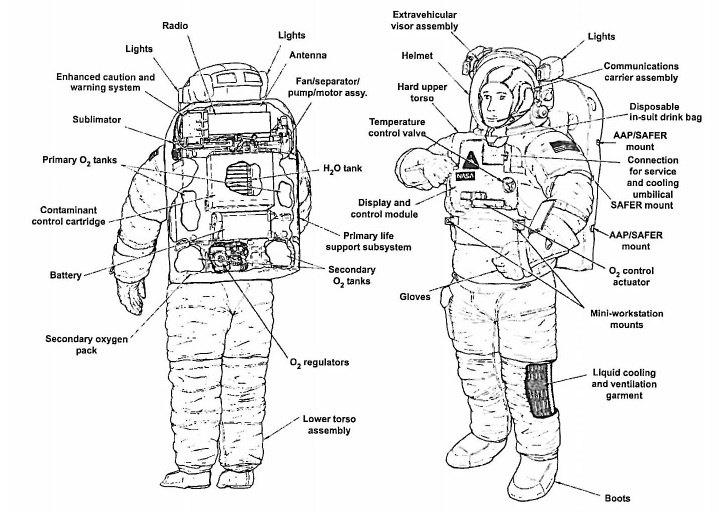 And if you're wondering what it is like to stand on Mars without a spacesuit - since India's Mangalyaan mission is rapidly progressing, the answer is - you won't survive.

While the temperature may be fine, the air pressure is less than 1% of Earth's normal, so things will start to boil - including your blood and the fluids in your skin, and eventually evaporate, creating a temporary feeling of coldness, a few minutes before you die.

Space isn't easy - and now you know how astronauts survive in extreme situations, simply because of their spacesuits - which are specifically designed to adapt to the surroundings around them.