How Many Zeroes in 20 Lakh Crore? Netizens Turn to Google After FM's Address

Sitharaman announced slew of measures on income tax, real estate and EPF contribution under Centre's Rs 20 lakh crore economic package to ease the losses incurred due to the lockdown.

After Prime Minister Narendra Modi announced Rs 20 lakh crore economic relief package on Tuesday, Indian were trying to understand what the money would mean for the economy which has taken a hit in the lockdown. The interest in numbers further increased on Wednesday when finance minister Nirmal Sitharaman gave a breakup of the allocation of the funds. Of all the things people wanted to know, it was the "zero" that interested most.

Soon after Sitharaman's press briefing, people flocked search engine Google to know as to how many zeroes does Rs 20 lakh crore have. "How many zeros in 20 lakh crore" was trending on Google soon after the announcement on Wednesday. 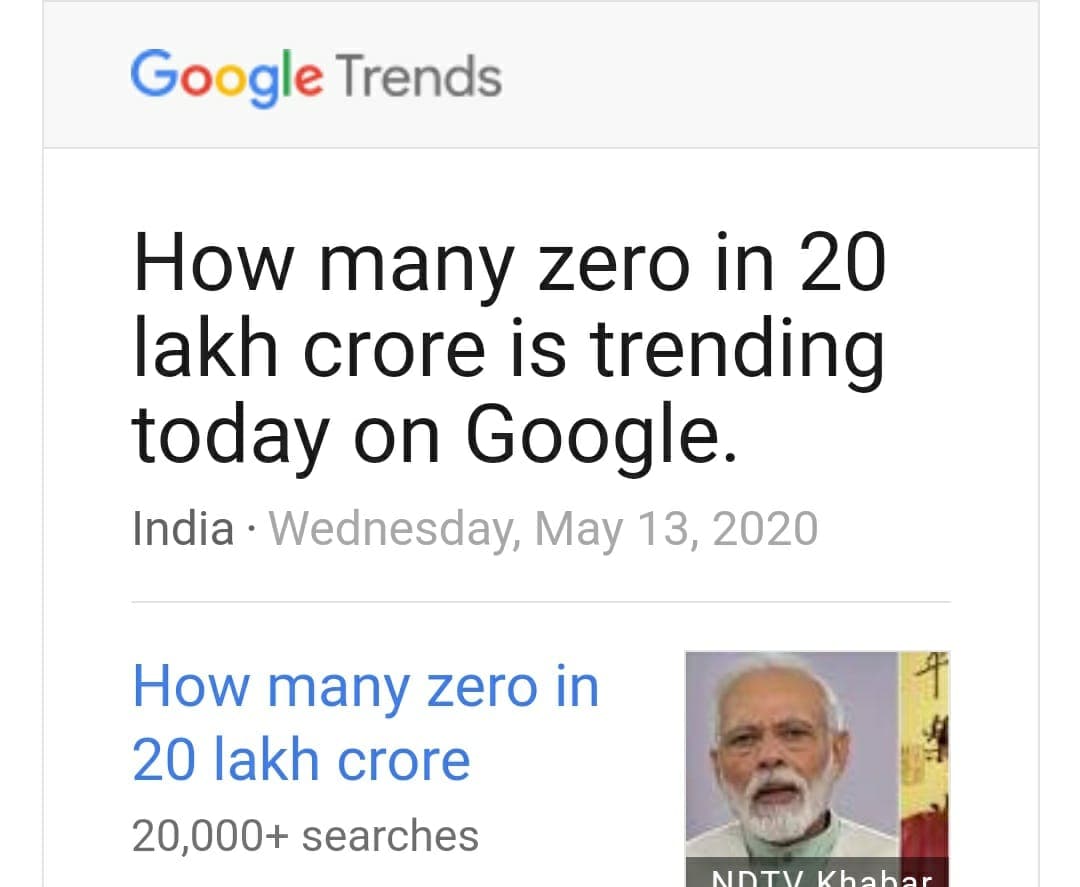 Sitharaman announced slew of measures on income tax, real estate and EPF contribution under Centre's Rs 20 lakh crore economic package to ease the losses incurred due to the lockdown. She said that the stimulus package has 16 different measures. Six of which deal with MSMEs, two relating to EPF, two relating to NBFCs, housing finance corporations and MFI, one on discoms, one on contractors, one on real estate and three on tax measures.