George Floyd's last words were the same as Eric Gardener while both were choked to death by cops, six years apart | Image credit: Twitter

46-year-old George Floyd's killing has brought back memories of the 2014 killing of Eric Garner by policemen in New York.

Residents of Minneapolis, Minnesota have been up in arms since the video of the killing of George Floyd, an African American man, by four white police officers went viral.

Floyd, a 46-year-old Houston resident was handcuffed and pinned to the ground by a police officer on Monday. The cop pushed down on his neck with his knee and held him to the ground for several minutes despite the victim telling them he couldn't breathe.

"I can't breathe...please stop," Floyd told the officers who nevertheless continued to choke him until he went limp. 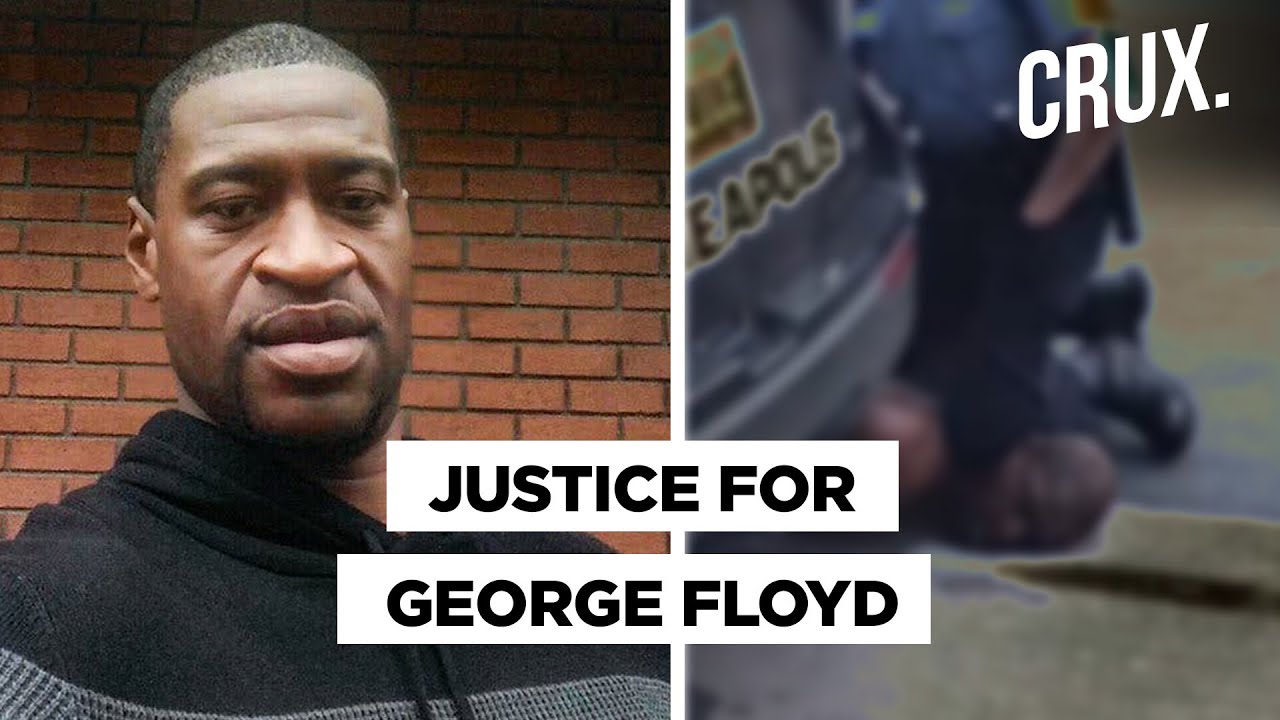 While the four police officers involved in the incident have been fired and an FBI investigation initiated into the incident, Floyd's killing has brought back memories of 2014 killing of Eric Garner by policemen in New York.

Garner had been tackled by cops while walking down a street in Staten Island and held in a chokehold until he died. New York Police Department officer Daniel Pantaleo held Garner, who was under suspicion for alleged illegal cigarette sales, in a chokehold despite the latter saying he couldn't breathe.

Garner's mother Gwen Carr told NBC that watching the video of Floyd's killing was like deja vu for her as it reminded her of her own son's death at 27. She was not the only one.

Much like Floyd, Garner's last words were also "I can't breathe" and much like Floyd's death, the 2014 killing had also caused massive outrage and raised serious questions about the use of excessive force by police departments as well as the systemic problem of racism and racial profiling among white cops. Pantaleo, who was put on desk duty after the incident and faced charges, was never indicted by court.

As per a tally kept by Washington Post, 1,004 people were killed by cops in 2019, many of who were African American men. As per an analysis conducted by The Guardian in 2015, of the 1093 people killed in police shootings that year, 15 percent were African-American males aged 15-32. The report also noted that black men were nine times more likely to be killed by police than other Americans.

In 2017, charges against the two police officers were dropped due to a lack of sufficient evidence.

Now, as tales of grievance and condolences pour out in memory of Floyd, many can't help but feel a sense of deja vu, especially with regard to Garner's death as police brutalities against African Americans continue unabated.

Police say "...he suffered a medical episode."
You know - like Eric Garner.

It's amazing how often black men suffer "medical episodes" while white cops are choking them.#MinneapolisPolice #DerekChauvin - is the cop's name.

six years after Eric Garner’s death, another black man was murdered by a police officer with his last words being the same “I can’t breathe”. history repeats itself. wake tf up

The death of black people in the hands of police is honestly traumatising. George Floyd and Eric Garner’s pleas were ignorant in this world but it will not in the hereafter.

Due to the atrocity of the Eric Garner case, a bad precedent was set, and now we have no accountability when officers don't follow proper procedures, which in turn, put lives at risk. pic.twitter.com/ayoIaKo27H

They most likely wont be charged for this. If they lost their jobs, they’ll just be hired at another police station in a different state/town. The cops who murdered Trayvon Martin, Eric Garner, Aiyana Jones, Oscar Grant, etc. were acquitted of their charges.

On Wednesday, the four police officers in the Floyd video were identified by Minnesota police department as Derek Chauvin, Thomas Lane, Tou Thao and J. Alexander Kueng. A civil rights investigation has been initiated into the matte by the FBI.

Meanwhile, reports of clashes with police, tear gas shellings and arson have been reported from Minnesota where protesters have been demonstrating since Tuesday to protest against the illegal killing.
Tags: