'I Care, Do You?': Trump Gets Panned for Playing Golf as Covid-19 Death Toll Nears 1 Lakh in US

Trump's return to the golf course was the latest sign that he wants the country back to pre-outbreak times, even as the U.S. death toll from the virus nears 100,000, twice what he once predicted it would be.

President Donald Trump played golf Saturday for the first time since he declared the coronavirus pandemic a national emergency more than two months ago, leading to the shutdown of much of American society.

His return to the course was the latest sign that he wants the country back to pre-outbreak times, even as the U.S. death toll from the virus nears 100,000, twice what he once predicted it would be.

Trump also planned Memorial Day visits to Arlington National Cemetery and the Fort McHenry national monument in Baltimore, followed by a trip to Florida's coast on Wednesday to watch to U.S. astronauts blast into orbit. 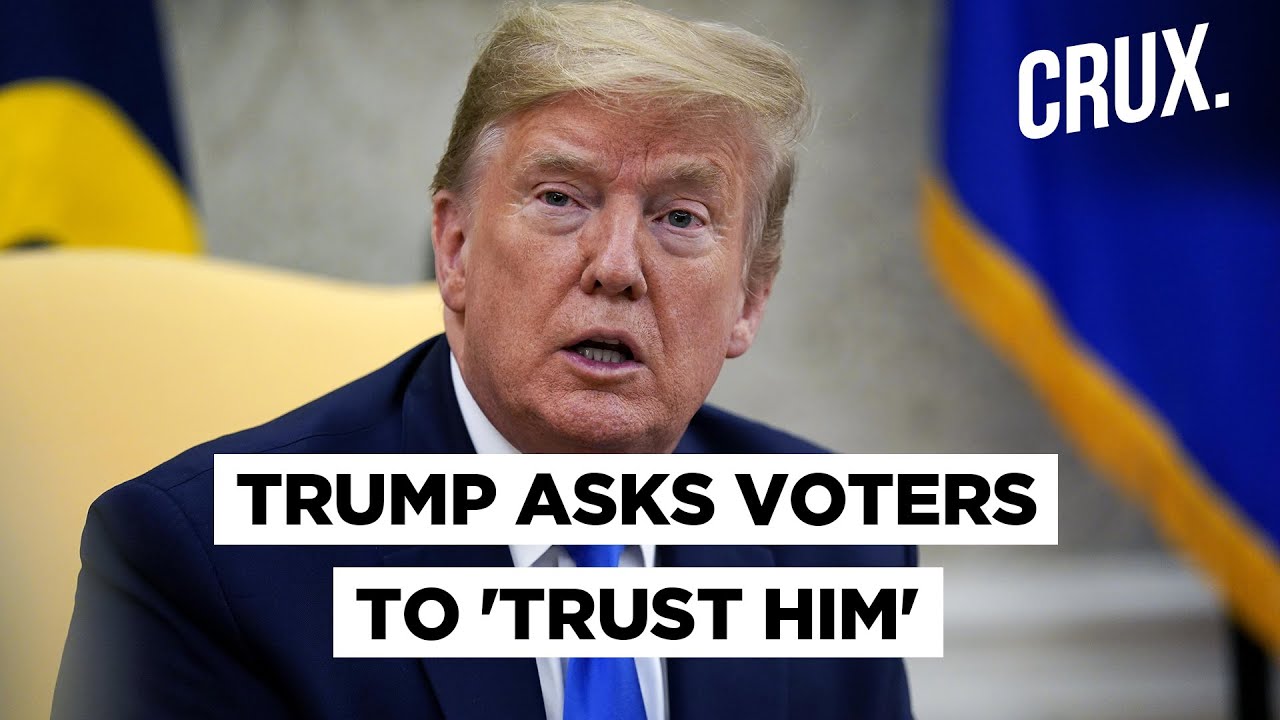 The golf outing came a day after Trump said houses of worship are "essential" and he demanded that governors allow them to reopen during the holiday weekend. It also followed guidance from Dr Deborah Birx, the White House coronavirus task force coordinator, that it was OK for people to be outdoors this weekend as long as they took appropriate safety precautions.

Trump pulled away from the White House on a sunny morning wearing a white polo shirt, white cap and dark slacks. Photographs that appeared later on Twitter showed him swinging a golf club and driving alone in a cart on the course at his private Trump National Golf Club in Sterling, Virginia.

The White House had no comment on the president's activities at the club, but said he and Turkish President Recep Tayyip Erdogan had discussed the pandemic's effect on the global economy on Saturday.

The golf trip was the president's first visit to one of his money-making properties since March 8, when he visited his private golf club in West Palm Beach during a weekend at his Florida home. The World Health Organization declared the coronavirus a global pandemic on March 11, and Trump followed with the national emergency declaration two days later.

President Donald Trump played golf for the second time since the coronavirus pandemic broke out, visiting his club in the Washington suburbs pic.twitter.com/PZKhavZn3h

The visuals of Trump golfing did not sit well with Twitterati, who criticised the President's "carefree" attitude in a barrage of tweets.

Seen outside the Trump National Golf Course as Trump departed after his second consecutive day on the course today. (Mandel Ngan/AFP) pic.twitter.com/ESPREqJJW1

A woman raises her middle finger at Trump's motorcade as it passes through Sterling, Virginia, on its way to the Trump National Golf Course. (Mandel Ngan/AFP) pic.twitter.com/DbBK24IegH

BREAKING: Trump is on his way to play golf again today. 100,000 Americans dead under his watch. And he’s golfing. Again. Trump is the biggest fraud and failure ever.

The presidency is about a lot more than tweeting from your golf cart. It requires taking on the ultimate responsibility for the biggest decisions in the world. Donald Trump simply wasn’t prepared for that. I promise you I will be.

Trump slammed Obama for playing golf after 2nd US Ebola case in 2014 & today Trump was on his 2nd golf day as US approaches 100,000 #coronavirus deaths. Trump has implied COVID19 deaths may be his price for repairing the economy. He has no conscience! No empathy. No humanity!

Trump sucks at being President. And at golf.

For the 40 million out of work and starvin’, take comfort that your sufferin’ ain’t cuttin’ into Trump’s golf game one bit. https://t.co/B9AkqGxdob

Trump is an avid golfer who has been overheard telling his White House guests how much he missed playing the game.

On Friday, Birx said it's OK for Americans to play golf, tennis or other sports this weekend “if you stay 6 feet (1.8 meters) apart.” She also said the Washington metropolitan area had the highest positivity rate in the country. The capital city’s coronavirus death rate is higher than all but four states: New York, New Jersey, Massachusetts and Connecticut.

The U.S. leads the world with a reported 1.6 million coronavirus cases and more than 96,000 deaths, according to a tally by Johns Hopkins University.

Trump has ordered U.S. flags on federal buildings and national monuments to half-staff through Sunday in memory of Americans lost to COVID-19, the disease caused by the coronavirus.

"Can you believe that with all of the problems and difficulties facing the U.S., President Obama spent the day playing golf. Worse than Carter," Trump tweeted in October 2014 during the Ebola epidemic in West Africa, comparing Obama to former President Jimmy Carter.